Saint Cyprian the Bulgarian – Metropolitan of Moscow and All Russians 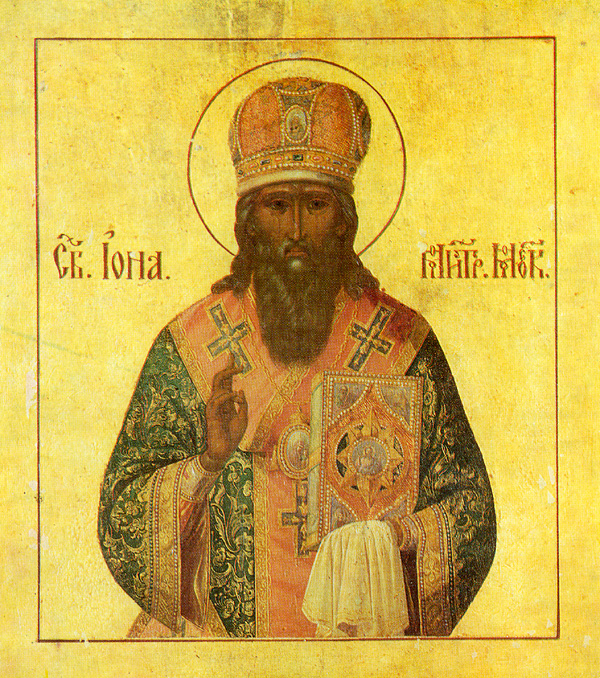 Probably few Bulgarians and even less Russians have heard about Saint Cyprian the Bulgarian – a great saint who played a ey role in esblishment of nowadays Russian Orthodox Church.. I have learned about the living of the saint just recently. Cyprian (The Bulgarian) (c. 1336 – 16 September 1406) was Metropolitan of Kiev and All Rus' with the Metropolitan's residence in Moscow. (The official title was Metropolitan of Kiev and All Rus' until 1448, even though the metropolitans were in Vladimir-on-Kliazma and later Moscow since 1299.)

Saint Cyprian was a Clergyman of Bulgarian nationality, he lived for some time at Mount Athos. In 1373, the Patriarch of Constantinople Philotheus Kokkinos picked him for his devout lifestyle and excellent education and sent him to Lithuania and Muscovy on a mission to reconcile the princes of Lithuania and Tver with Metropolitan Alexius. In 1375, after the hostilities between Moscow and Lithuania had started all over again, the Lithuanian princes asked to appoint Cyprian their Metropolitan. Philotheus Kokkinos made Cyprian Metropolitan of Kiev, all Russia and Lithuania, so that he could unite both ecclesiastical provinces after the death of Alexius. In 1376 he was ordained as a bishop in Constantinople at the behest of the Lithuanian grand duke Algirdas and become Mitropolitan of Kiev. Because this ordination was not recognized by Moscow, he was driven out from Moscow on his first arival there and had to wait in Constantinople until he was officially recognized as Metropolitan. He became officially regognized metropolitan of "all Rus" by the Moscow Duke later in 1389.

His residence from there on was Moscow, although he visited Kiev and other Ukrainian eparchies regularly. In 1378, Metropolitan Alexius died. As a result of the ensuing skirmishes and intrigues, Cyprian became Metropolitan of Moscow in 1381. One year later, however, he fled from Moscow due to the approaching armies of Tokhtamysh. Subsequently, he was removed from Russia and replaced with Metropolitan Pimen (1382–1384). The latter was succeeded by Metropolitan Dionysius (1384–1385). In 1390, Cyprian was returned to Moscow by Vasili II, who he had always supported, and appointed Metropolitan of Moscow and All Russia. Cyprian is remembered as a wise and experienced church administrator who fought for the unity of the Russian church.

In fact, he is mainly responsible for uniting the Church in Russia and the Grand Duchy of Lithuania. He faced serious opposition during his metropolitanate; Dmitry Donskoy and his advisors were excommunicated for opposing Cyprian's efforts to take up his place in Moscow, and Novgorod the Great – especially Archbishops Aleksei and Ioann II – also opposed his efforts to adjudicate ecclesiastical cases there, which would have allowed him to gain the court fees from Novgorod during the time he sat in judgement there. St. Cyprian was an erudite person and oversaw the copying and creation of a number of important works, including the Troitskaia Chronicle (or Troitskaya letopis') and, probably, the Metropolitan Justice (also known as the Pravosudiye metropolich’ye or Правосудие митрополичье). He also rewrote the Life of Metropolitan Peter, originally written around 1327.

Under st. Cyprian's governance, a church "reform"  was made on how the iconostasis is build the called "high few raws of icons" on the Church Alter wall iconostasis so common nowadays in Russian Church is actually his invention.
He also corrected biblical books and translated a number of ecclesiastic works from Greek into Old Church Slavic.
A little known fact is Andrei Rublev was under St. Cyprian's spiritual guidance when he painted the most famous Russian icon (and the only canonical icon depicing) "The Holy Trinity".

St. Cyprian is buried in the Assumption Cathedral in the Moscow Kremlin. He was canonized by the Russian Orthodox Church in the 15th century. One curious fact is St. Kiprian Peak on Greenwich Island in the South Shetland Islands, Antarctica is named for Cyprian.

This entry was posted on Thursday, March 13th, 2014 at 7:19 pm and is filed under Christianity, Everyday Life, Various. You can follow any responses to this entry through the RSS 2.0 feed.You can leave a response, or trackback from your own site.