Negative impact of Cell Phones (GSM) use on individual and society 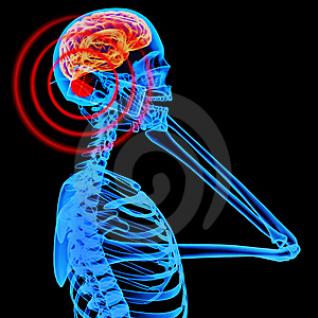 We all live in an age, where cell-phone communication has become a standard part of our daily lives. As with everything new adopted in basic human life. GSM tool inclusion in our life had a severe impact on both individuals and in summary to whole society groups and nations.

The benefits out of having an instant “channel” for communication to anyone else in the world are indoubtfully numerous. However as present tosicety is learned to mostly thing in one direction, most people didn’t have a clear understanding on the negative impact of this little communicators on our mind body and soul.

Whenever we talk over the phone especially when picking up incoming calls or initiating out-going ones, the GSM device has to connect to the closest network cell “dial up” and wait for initialization of remote or local connection. The levels of radiation waves during the two mobiles connects up is higher. Therefore if one moves the phone near his ear listening for the status of call the amount of radiation that enters our brains is slightly higher. The extra-radiation whether mobiles are connecting is also few times more whether our phone is ringning, hence it is unhealthy to put the phone near our ear before we press the Answer Call button.

2.;; Negative effect of continuous mobile phones use on human brain

Knowing about the increased radiation on connection initialization thanksfully one can protect himself by simply not putting the mobile headset near ear on call initialization. Though this “problem” can be partially solved, next comes the health brain damage (tumours) which according to some researches are higher among people who do frequentlong phone call conversations. In long phone calls the brain is exposed for a longer time to the flowing waves making the peer to peer call possible. According to some medical researches, a long and frequent phone calls could be a reason not only for brain cancers but also other misfunctions or damages in normal brain cells functioning.

3.;;; The bad impact of Cell Phones on nervous system

Another health issue which the daily phone use and the constant exposure to mobile network cells radio frequency radiation affects generally our nervous system.

Unexpected phone calls early in morning or late at night are a cause for increased bodily stress and even the fear sometimes for an incoming phone call are a cause for many types of neurological disorders diagnosed by psychiatrists.
Even when we sleep at night the mobile phone periodically connects to the nearest mobile cell generating some almost undetectable “waves contamination”. This constant waves air flow caused by the mobile network cells positioned all around cities is not usual thing for our bodies. This also has some influence on our nervous system as the nervous sysm tends to be a bit more alert because of the waves constantly passing the body. The natural reaction of our bodies nerves is to try to balance itself. As nervous system of different people is not equal some people’s nervous system is more prone to having difficulties to balance the disbalance created by the increased number of mobile air waves.
The result of this to many people is in increased sleeplessnes and hardships to get asleep (according to research taken place in American Academy of Sleep Medicine.).

4.;;;; Lost of social and ethical behaviour in people

As more and more people spend nowdays more time on the mobile than in real communication, this makes them introverted and isolated and increases the inability to deal with real human f2f interaction. In other words continuous phone use re-trains us to communicate with others via the mobile. Besides that according to numerous researches about 40 to 50% of visual communication whether a phone call is used is lost (this also makes negotiation or expressing over phone harder and at least twice longer than in real communication).

The use of mobile phone often has a short beep sounds, whether you work on the keyboard receive a phone call or look for some mobile functionality staring at the screen. We’re wearing the mobile everywhere with us so often we do check the mobile screen quite un-consciously (by addiction). Checking the mobile screen to see what time is it has become almost an instinct and an automated learned behaviour.

The continous use of mobile phones makes many people mobile addicts. There are huge amount of people I’ve observed who speaks everyday for few hours (whether everytime they feel lonely they call someone in order not to feel lonely). The mobile phone addiction in youngsters is slighly higher than in adults. Probably the most mobile dependent addicts are kids who were given a mobile to use since there very early years.
Anyways there are tons of adults nowdays who cannot even think to be able to live without mobile and even cannot understand: how can anyone think that life could be possible without a cell phone. This kind of thinking is a direct trait showing an addiction and dependency on the phone such people have.

This entry was posted on Monday, June 25th, 2012 at 8:36 pm and is filed under System Administration. You can follow any responses to this entry through the RSS 2.0 feed. You can leave a response, or trackback from your own site.