My independent view on Ukraine-Crimea Russia VS Western World crisis 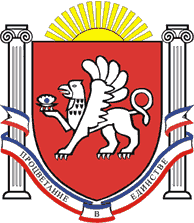 I've been following what is happening in Ukraine over the last 6 months and I see with pain this poor brotherly Slavonic country is being literally destroyed by Radicals. It is obvious that the Revolution in Ukraine looks very similar to Revolution in Egypt, the War in Syria and obviously doesn't happen by itself but was financed by foreign forces to serve someone's interests. I known that in Ukraine people live poor, but even after the change in power it is less likely that they will start living better.

In my view Ukraine's people got infected by European Union's external appearance for prosperity and freedom. Such an outlook is just on the surface and everyone who lives in EU knows that well. It is my understanding that the European Union is based on fairy tales for freedom, friendship of nations based on economy. EU sets itself on rules and regulations and vague words combined with economic factors. With the crisis appearing one after another in country members of EU (Greece, Slovenia, Cyprus, Spain etc.) it is obvious that the EU is artificial union and not working well. Many country who belong to EU for some years already have seen that and even some like England want out of the European Union. With this in mind it is fully unclear to me why Ukrainians want and think that membership in EU will solve there economic problems … on the contrary once they join the EU, they will have to fulfill thousands of rules and regulations which will destroy there local country economy and will make them put out all country money out of the country into the pockets of Western Nations. Same nation genocide scenario was executed in Bulgaria and give "good satisfactory fruits". By the rules and regulations on Bulgaria our local economy was destroyed making our contry market completely dependent on other Western country market for daily products and external Western business investments. The failure of Bulgaria as a concurent on EU marketrun the wheel of EU economy, opening a new space for new investments and trade. Same happened with Romania and most likely will happen also with EU's newest member Croatia very soon.

Ukraine is a brotherly nation to Russia and even historically this two nations share very similar faith. Of course the two nations differ but the similarities and even the language makes them brotherly nations. Ukraine was part of Russian Empire and is called Ukraine (from the word end part of Russia). Historically Ukrainian were known as "MaloRus", Russians were known as "Rus" and Belarusian as (White Rus).
Currently in Ukraine live 8,334,100 Ethical Russians (17% of Ukraine's population), the highest density of Russians is in Crimea with 58 % of Ethnic Russians.

Of course the economic crisis in Ukraine as every Crisis is not only a Crisis of material goods but a Crisis of spirituality. Big part of Ukrainian Church separated from Russian Orthodox Church and are not in canonical unity with rest of Orthodox Churches. Besides that the number of Uniats (Orthodox Christian who are under the rule of the Roman Pope) seem to be growing over the last years there. After the fall of USSR, the number of protestants and other Christian sects in Ukraine also has grown. The decay of Russian Orthodox Church diocese in Ukraine set a space for more and more religious spiritual divisions which affected the material country realm. Talking about religion it is worthy to mention a very curious and not much known fact is that current Prime Minister Oleksandr Turchynov (who took place of Viktor Yanukovych) is protestant pastor. The other key actor of the Ukrainian Revolution isArseniy Yatsenyuk who is not even Urainian but Ethic Ukrainian Jew.

Concerning Crimea historically give birth to Kievan Rus (and so to say is like mother land of all Russians as we known them), from year 1783 to 1917 was a territory part of Russian Empire, then from 1922 to 1991 it was part of Soviet Union, from 1991 to 1998, Crimea was autonomous Republic. Crimea is well known from history where Russian Empire fought with French Empire in Crimean War (1853-1856). It is no strange why Russia wants Crimea so hard as they have historically fought for this land and over the last few centuries it was Russian teritory. It will be no strange either if Crimea becomes a reason for another war …

So Who is right Russia or the Western World (European Union / United States)?
For me from the facts it is more than clear that neither the Euroepan Union nor United States share a close history / language / culture with Crimea, neither ever this was their territory. Meaning Westerners doesn't have the right to escalate the situation by putting oil in the fire, but should better keep silent and let Ukraine Russia and Crimea solve their problem alone (in a peaceful way). But why Europeans and Americans try to intervene? Well simple economically European Union has more interest to have a new Member country membering ~ 45 millions and a nice tourist destination Crimea than to have a member with 3 million less, and US's influence on world by having a western oriented Ukraine will raise. This is the reason why they make so much noise and don't want to accept the referendum in Crimea for unification with Russia, because they have politic interests there.

Ukrainians was mislead to believe the fight for Ukraine is a nation heroism, where in reality what is happening in Ukraine is just serving biggest countries interests. The bad thing is what is happening there is a good reason for emerge of national war and we know from history such a small conflicts combined with a world economic crisis led to World War I and World War II. I don't say that such a war will emerge but I think Western World should be careful to not provoke a war in Europe through recognizing Crimea's people decision to become part of Russia.

This entry was posted on Wednesday, March 19th, 2014 at 8:08 pm and is filed under Everyday Life, Various. You can follow any responses to this entry through the RSS 2.0 feed. You can leave a response, or trackback from your own site.