I'm starting to learn some video editing, as I need it sometimes for building client websites.
As a Linux user I needed to have some kind of software for amateur video editing.
For Microsoft Windows OS, there are tons of video editor programs both free and proprietary (paid).
Windows users can for instance use the free software program VirtualDub (licensed under GPL license) to easily cut movie scenes from a video.

Unfortunately VirtualDub didn't have a Linux or BSD version so in my case I had to look for another soft. 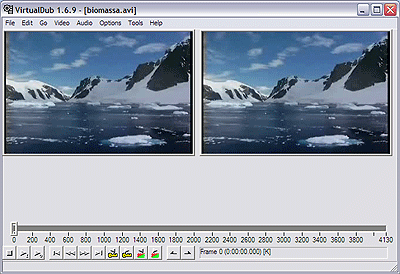 I consulted a friend of mine who recommended a video editor program called LiVES.

If you haven't done any video editing previously on Linux (like my case was), you will certainly be happy to try LiVES

LiVES can extract only sound from videos, cut selected parts (frames) from videos and do plenty of other nice stuff. It is just great piece of software for anyone, who needs to do simply (newbie) video editting.

With LiVES even an amateur video editor like me could, immediately learn how to chop a movie scenes … 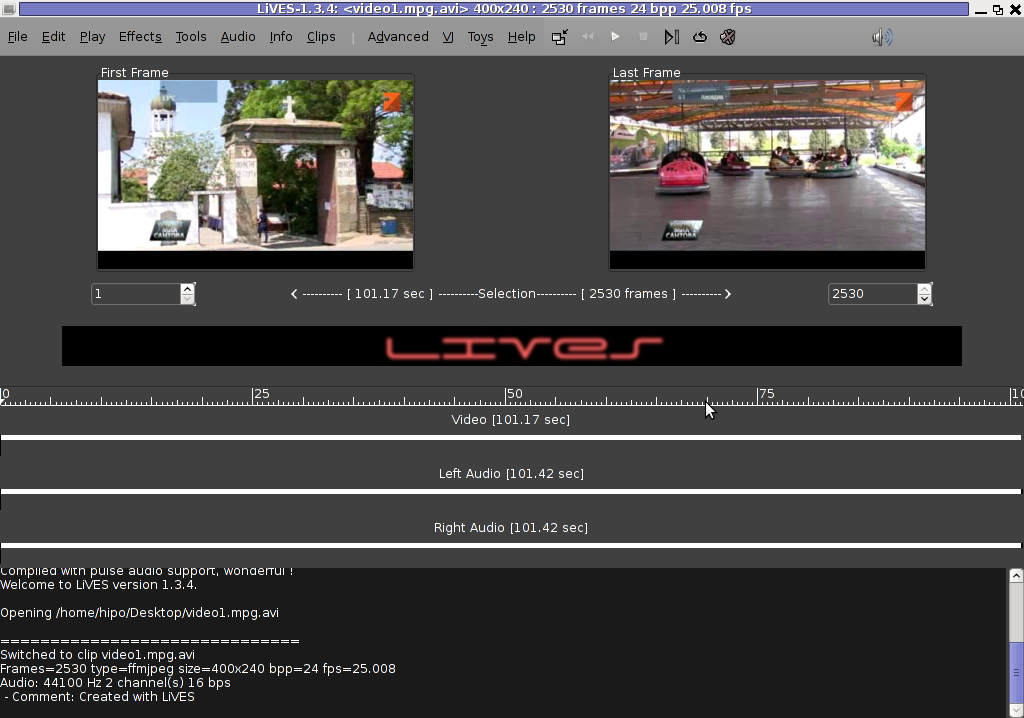 To master the basics and edit one video in FLV format it took me about 1 hour of time, as in the beginning it was confusing to get confortable with the program scenes selector.

One downside of LiVES it failure to open a FLV file I wanted to edit.
In order to be able to edit the flv movie hence I first had to convert the FLV to AVI or MPEG, as this two (video multimedia formats) are supported by LiVES video editor.

After completing my video scenes chopping to the AVI file I had to convert back to FLV.

In order to complete the convertion between FLV to AVI format on my Debian Linux, I used a program called avidemux

Avidemux has a nice GUI interface and also like Lives has support for video editting, though I have never succesfully done any video edits with it.

Avidemux IMHO is user (completely intuitive). To convert the FLV to AVI, all I had to do was simply open the file FLV file, press (CTRL+S) select my FLV video file format and select the output file extension format to be AVI.

Further on, used LiVES to cut my desired parts from my video of choice. Once the cuts were complete I saved the new cutted version of video to AVI.
Then I needed the video again in FLV to upload it in Joomla, so used ffmpeg – command line tool to do the AVI to FLV file converstion, like so:


Hope this article helps someone aiming to do basic video editting on Linux with LiVES and just like needed FLV to AVI and AVI to FLV convertions.

This entry was posted on Tuesday, May 8th, 2012 at 2:47 pm and is filed under Entertainment, Everyday Life, Linux and FreeBSD Desktop. You can follow any responses to this entry through the RSS 2.0 feed. You can leave a response, or trackback from your own site.