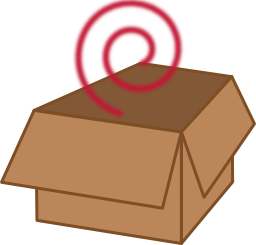 Deb based distributions are famous for their good binary package management system and great ability to fulfill package dependencies elegantly with the apt tool.

I personally have a long time in choosing what Linux distribution best fits me and the reason I preferred Debian over others was the simplicity in applying updates and the great number of provided prepackaged software and the easiness to manage.

However even though apt, apt-get and aptitude package management wrapper scripts work great most of the time – note that these 3 tools are just intelligent wrappers over the basis dpkg (the main install / remove / update etc. tool behind the surface), sometimes due to user stupidity or 3rd package installations with dpkg -i or a combined packages installed from various non-debian repositories or just user errors you might end up with perfectly working installed packages that depend on other packages installed from source or provided by already installed package under a different name than the installed package has a predefined dependencies, and in that case you end up with the so called Broken package Dependencies .

The problems with upgrading due to packages broken dependencies sometimes can be fixed with running below bunch of apt commands or – how to fix Debian / Ubuntu broken  dependencies and missing dependencies preventing you from Updating / Upgrading the system:

# to clean up any partial files

# to clean up apt cache

# This might help you to completely the scripts being executed while a certain package was being installed with dpkg tool, for example sometimes it happens you start installing a package with apt-get install whatever-package-name and some extra package is being installed or to be remove which you don't want and you interrupt the process with CTRL+C and then the package that was being installed at the moment of interruption becomes in a bad broken state because of incompleted scripts on dpkg -i whatever-package-name to solve that below often helps

To get a list of all packages that are little known to dpkg and not perfectly installed or have been removed but configuration left unpurged:

To get all packages, that are half installed and half-configured run:

In some very badly messed packages that are in unrecoverably state, another useful trick is to completely wipe out information from the dpkg file with package installed statuses

A note to make here is in previous Debian 6 / 7, and Ubuntu version 12 and lower the location of lock file is in

Talking about broken packages and how to fix them perhaps it is worthy to mention about one great feature of apt package manager (putting the packge on hold).

Marking a package with a hold flag is useful feature especially if you have installed on a server or Desktop with Linux a package that you want to be prevented from updating during the usual:

Sometimes if you want a specific version of software to stay at the current installed version even though of if rest of software gets updated, it is useful to put this specific package on hold with dpkg, apt or aptitude.

That would prevent the set installed package program to update in future if you issue update – note that this includes preventing the programs set on hold from future security updates do issue:


Setting a package to hold / unhold with dpkg, apt, aptitude to prevent package from being updated on apt operations

Keep in mind though that If you however do a Linux version major version upgrades, putting some packages on hold could cause you problems so if you do that make sure you unhold the packages .

This entry was posted on Monday, September 25th, 2017 at 7:51 pm and is filed under Everyday Life, Linux, Linux and FreeBSD Desktop, System Administration. You can follow any responses to this entry through the RSS 2.0 feed. You can leave a response, or trackback from your own site.