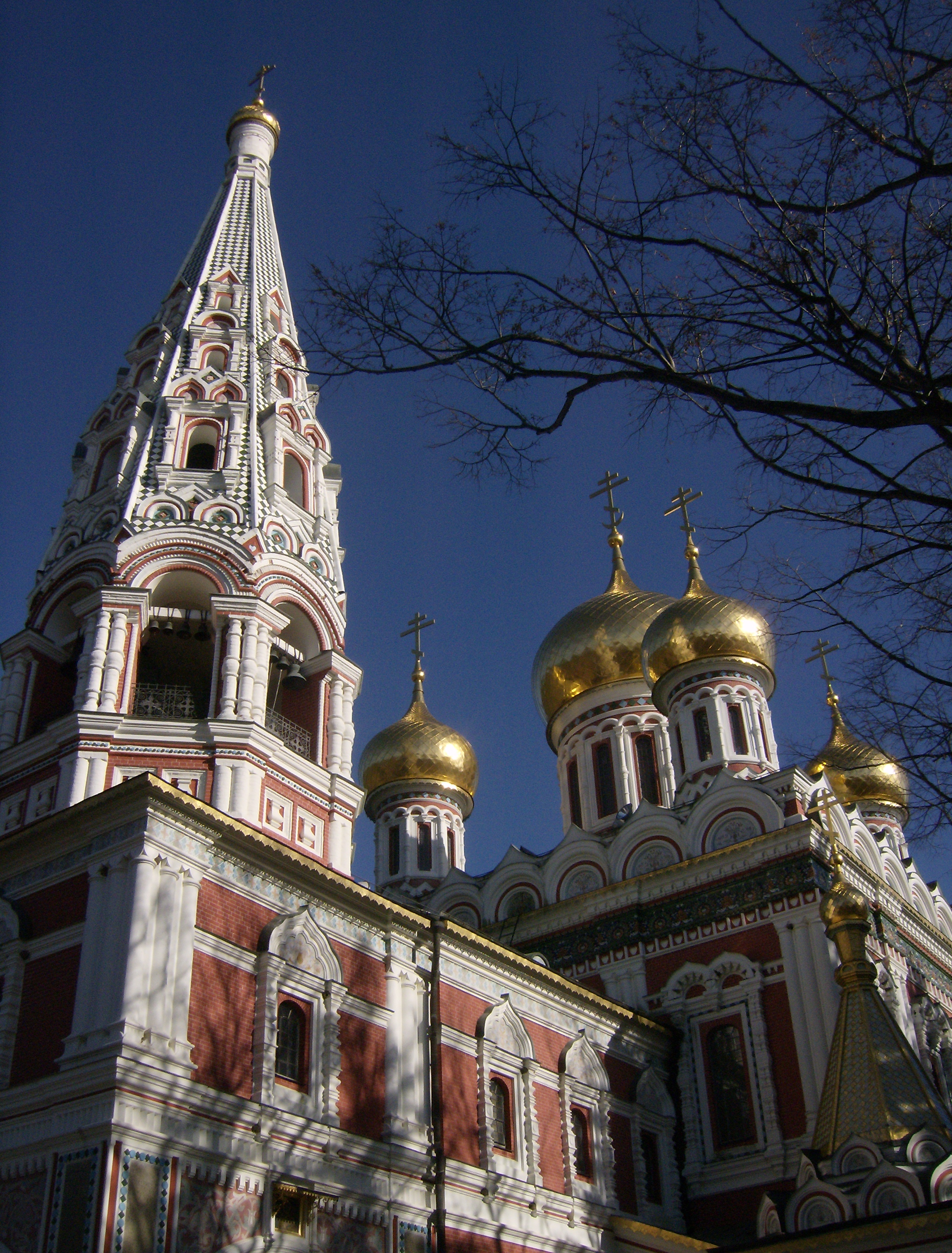 For a short pilgrimage journey I went to Shipka. Shipchenski Monastery is a mountaint monastery near Kazanlak, Bulgaria. The monastery monks cells buildings are new and doesn’t hold a hundred or thousand of years of history but still the place is very unique, surrounded by multitude of hundred year old pine trees just 3 minutes of climbing of an Orthodox Church building build in 1902 in memoriam of the great battles that occured for liberation of Bulgarian from Ottoman Turkish empire in Shipka Peak in years 1876-1877.

Yesterday night we spend the night in the monastery guest building. The monks there accepted us quite lukewarm and we were quickly accomodated in (a large room with 6 beds inside). The abbot of Shipka’s Monastery is Archimandrite Januarij (January) – an early Christian great martyr saint. The archimandrite was very hospitable to us, arranged quickly a fasting dinner for us as well as later we had a small chat where he treated us with some of his self-brew Liquor.

As of time of writting in Shipka Monastery lives 6 monks and 2 novice monks. Its worthy to mention the Abbot’s sharp sense of humour, fr. January was making nice jokes every few minutes.

The monastery had 2 dining rooms one for guests and one for monks. We had the chance to eat in both during the less 1 day stay in the monastery.

Getting out of the “monastic walls”, there are stone stairs leading to the monastic Church building.
The Church building is majesticly beautiful with “underground” crypt containing graves of Russian and Bulgarian soldiers, people who sacrificed heroic there lives in the bloody battle that occured between Bulgarian guerillas and Russians soldiers in The Battle of Shipka Pass
The Russian Church built in 1902 is dedicated as eternal memoriam of the heroic battle for the sake of Christ and restoration of Bulgarian Christian country, after we Bulgarians lived under the yoke of Islam for V centuries.

The Church is build fully in the tradition of Russian Orthodox Church buildings (probably by Russian Architects). The wall-painting (icons) are magnificient and painted in 19th century Russian renessance style.

In the Church it is pure joy for pilgrils as there are holy relics of many saints including the holy relics of Saint Alexander Nevski. Here it is maybe good to say today in Bulgarian Orthodox Church, we celebrate the “transferring” (carrying away) of st. Alexander Nevrski’s Holy Relics. The Church is called The Birth of Christ / Nativity of Christ in veneration of our Saviour’s Birth. it is huge cathedral building with 4 Alters, where on of the alters is dedicated to saint Alexander Nevski.
Especially for the feast of St. Aleksander Nevski the Metropolitan of Stara Zagora – his beautitude Galaktion came and served the Holy Liturgy service. There were also about 12 of priests and monks who came and co-served the holy liturgy in order to venerate the great Russian saint.
Going out of the Church the mountain view from is absolutely “breath taking” and something worthy to see if you come in Bulgaria.
Something interesting is the big Church bells, one of the Church bells is currently the biggest existing bell on the Balkans. As you can guess the bell ding is super loud 🙂
Here are some pictures from Rozhdestvo Hristovo (The Birth of Christ) Church to enjoy: 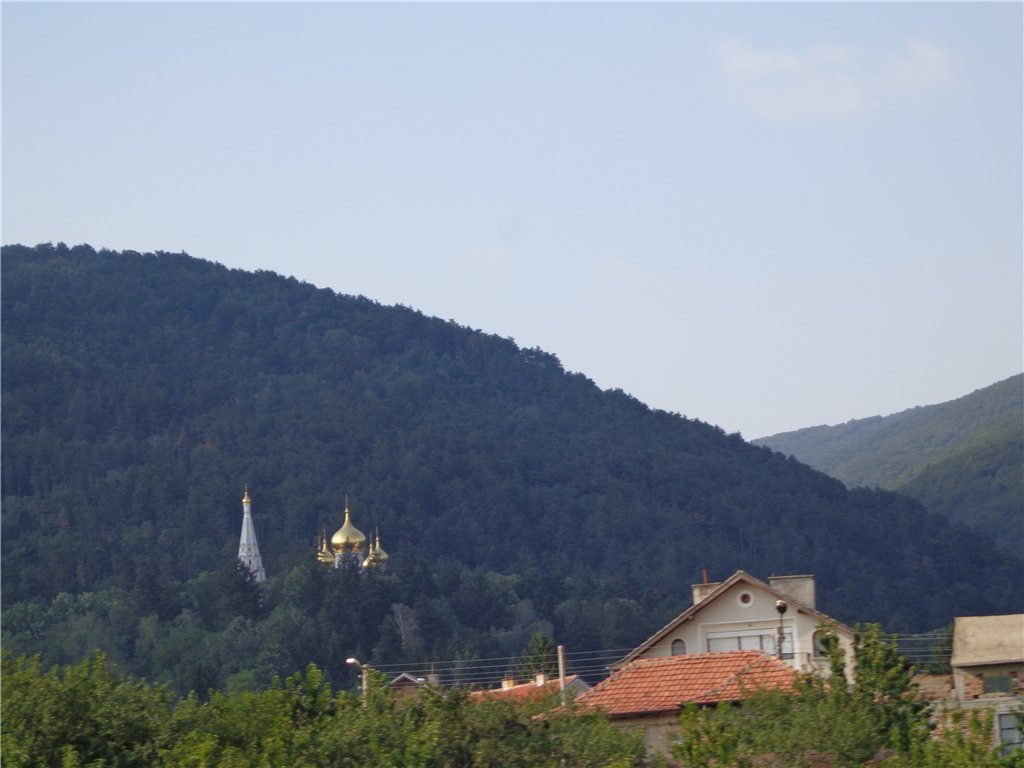 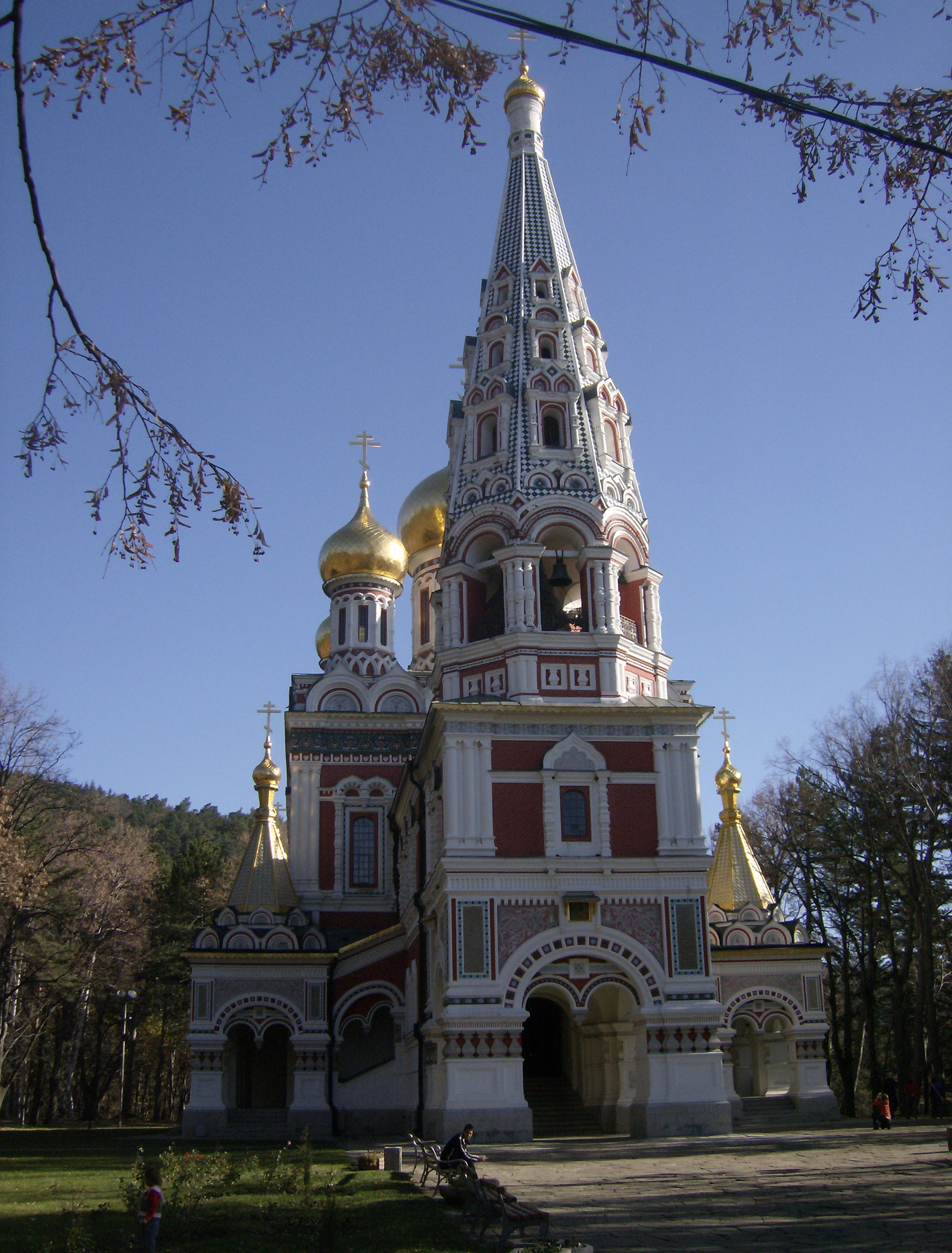 Church of Nativity of Christ 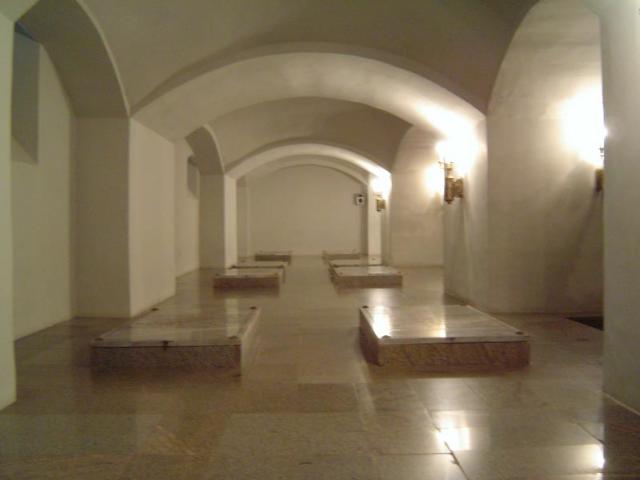 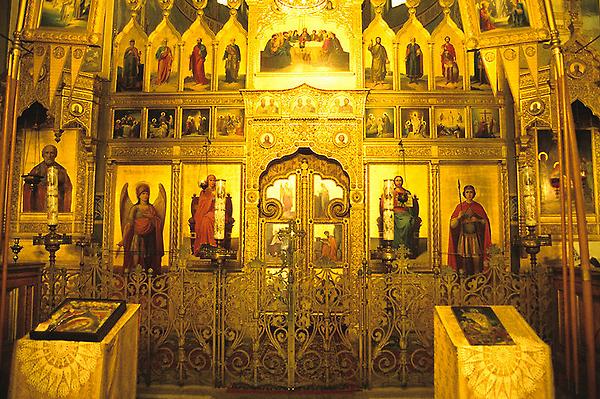 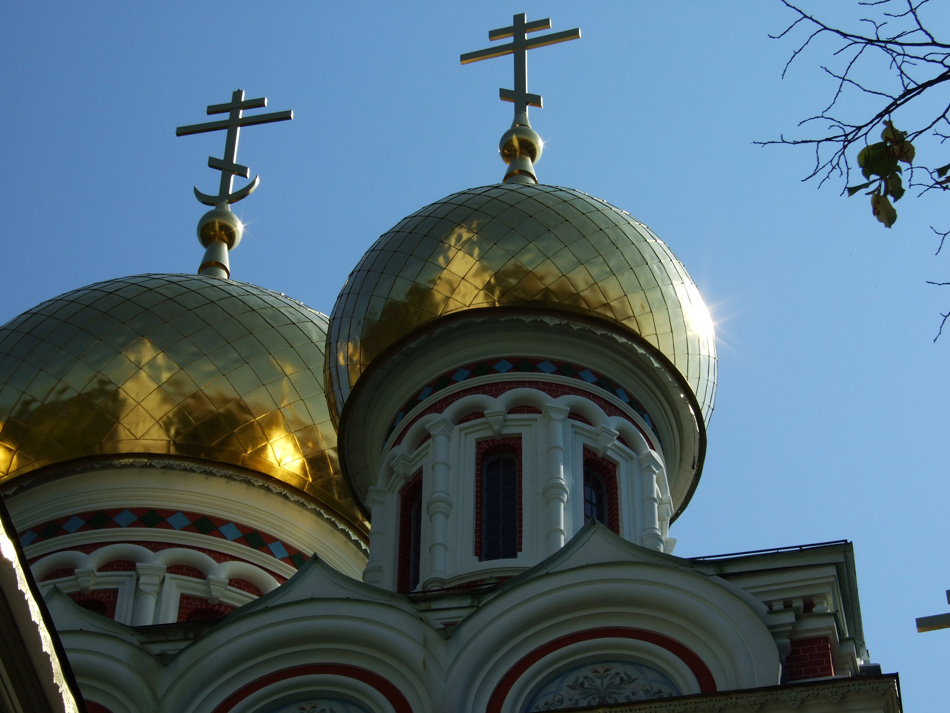 Very near to Shipka’s monastery, there is a pathway leading to exact place where severe bloody battles between Russian, Bulgarian liberators and Turkish army occured. Nowdays on Shipka Peak is a huge beautiful monument in ever-remembrance of the brave Bulgarian Russian soldiers who loose their lives for the sake of Bulgaria. 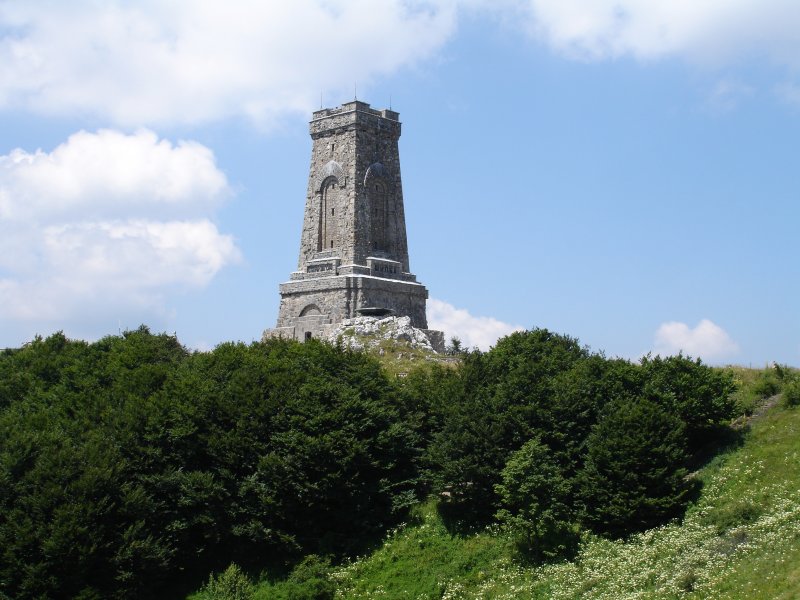 This entry was posted on Friday, August 31st, 2012 at 3:47 am and is filed under Christianity. You can follow any responses to this entry through the RSS 2.0 feed. You can leave a response, or trackback from your own site.