How to check Windows server installed Tomcat and Java version

I'm filling up a TOP (Turn to Production) form for a project where my part as Web and Middleware Engineer included install of Tomcat 7 and Java 1.7 on Windows server 2008 R2 standard. TOP is required Excel sheet standard document used by many large companies to fill in together with Project Manager before the server is to be launched into Production mode.

Therefore I needed to find out previously installed Tomcat and Java version, here is how:

As tomcat is installed in Custom location in D:webdienste in this case I had to run:

I run it using command line (cmd.exe), however you can run it via Windows Explorer, if you're lazy typing.
You will get a window pop up like on below screenshot:

In this case Installed Tomcat version was 7.0.55

If you need to check the version on older Tomcat application server install you can run instead Tomcat6w – whether its Tomcat version 6 or Tomcat5w – for Tomcat ver. 5

In order to Check the java version the quickest way is via command line, again run cmd.exefrom 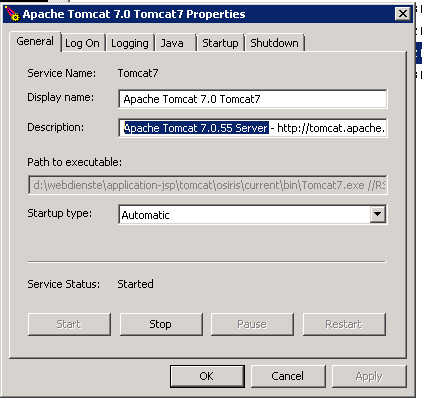 Then cd to whenever is Java VM installed the usual location where it gets installed for Java 1.7 on Windows is:

Java would automatically add PATH to Windows default PATH definitions during install, hence to find out exactly where java is installed on Windows server, type in cmd:

Then to check the exact installed Java version on Win host is by invoking java (jre) cli with -version parameter: 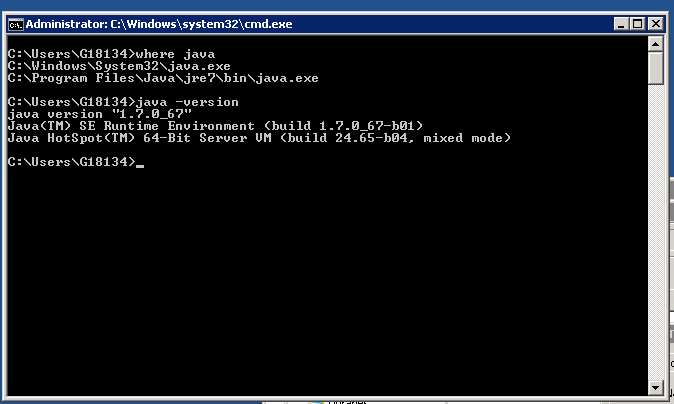 If you're lazy to type in commands, you can also check Java version in Windows from GUI by using:

To launch it in: 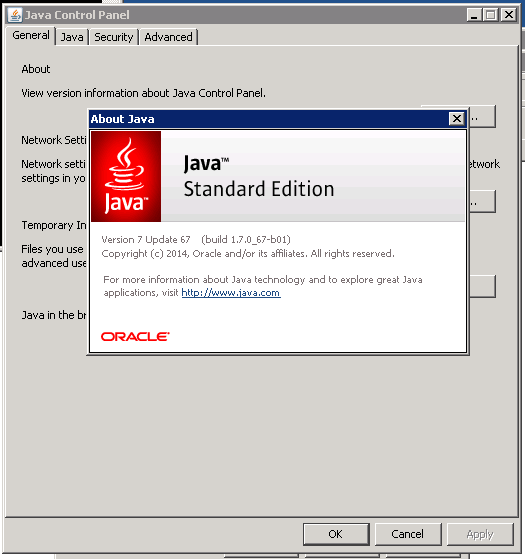 This entry was posted on Tuesday, August 19th, 2014 at 6:01 pm and is filed under Everyday Life, System Administration, Various, Web and CMS, Windows. You can follow any responses to this entry through the RSS 2.0 feed. You can leave a response, or trackback from your own site.