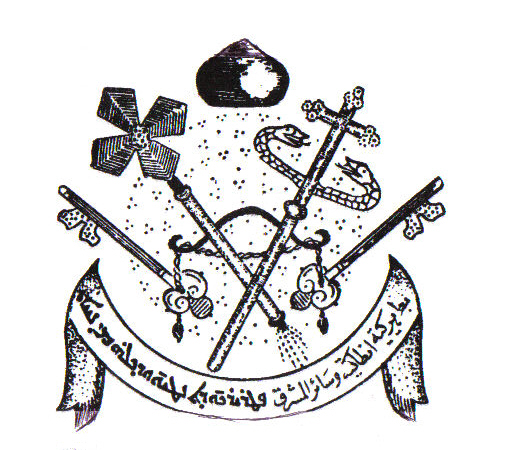 My research into ancient Church history has recently led me to a delve into the Syriac Orthodox Church , which historically is one of the most ancient (if not the most ancient) established early churches ever established by the saint Apostles.
The difference between the Syriac Orthodox Church and the other Orthodox Churches is almost unnoticable. However Syriac Orthodox Christians were able to prevent something really precious in their church liturgical life. They have prented with the years The Divine Liturgy of Saint James
In fact the Divine Liturgy of Saint James was the real reason which attracted my attention to the Orthodox Church.
I always wondered how different was the most ancient Liturgical life to the current established St. John Chrysostom liturgy.
It’s a well known fact that St. John Chrysostom has revised the earlier St. Basil (The Great) liturgy originating back to the 4th century.
Actually the st. Basil’s Divine Liturgy was widely used among the Byzantine Orthodox Christian Church and was itself based on the so called by the Syriacs Holy Qurbana or Holy Qurbono . Holy Qurbana is just a reference name for saint James liturgy which is considered to be the ancient Christian Church Liturgical veneration of the Holy Trinity.
In the present day the Divine Liturgy of Saint James is served only twice a year in the Jerusalem’s Church Holy Sepulchre and is rarely used in Eastern Orthodox world it’s also performed in The Indian Orthodox Church
The name of the Litrugy cames after st. Apostle James, who is also called the just and was said to be “brother” of our Lord Jesus.
Holy Qurbana directly translated means a Holy Sacrifice it’s an interesting fact that here in Bulgaria we also have a similar word called “Kurban”. The Kurban word in bulgarian also means a sacrifice, usually people practice giving a common meal for relatives and/or some poor people.
For the Bulgarians in the so called Kurban usually a sheep is being slaughtered, in a way similar to the old testament’s sacrifices of animals for the remission of sins, though in our case nowdays it’s not for remission of sins but for a remembrance of the Self Sacrifice of our Lord Jesus Christ on the cross.
Many people do that who was delivered of a sickness with God’s help or just as a thanksgiving for some kindness that God has shown a person.
Well now back to the topic of the post, when I learned about the existence of the most ancient Church liturgy still being in use I eagered to see how this liturgy. Thanksfully I received that Blessing, some good guys from the Syriac Orthodox Church has recoreded the St. James Liturgy and has put it on youtube. Here is a video in case if you want to see it as well:

In connection with the Divine Litrugy of Saint James the Jesus “brother”, who by the way is considered to be the first Orthodox Church Patriarch. So in that relation I found an interesting reading who was written on the topic on how the early Jerusalem Church in the 3rd century performed it’s Church life. You can read the Hypertext Egeria from this link . This document was written by a pilgrimage who went from Constantinople to Jerusalem to see how the Orthodox Church in Jerusalem’s life is flowing.
While reading you will definitely see the good spirit the document carries on.
We cannot skip also the greatfulness of the author for his life and his heart disposal towards God. We can only learn from this holy man on how we the believers should live and think about our lives and what kind of attitude we should possess.

This entry was posted on Wednesday, May 19th, 2010 at 5:43 pm and is filed under Christianity. You can follow any responses to this entry through the RSS 2.0 feed. You can leave a response, or trackback from your own site.