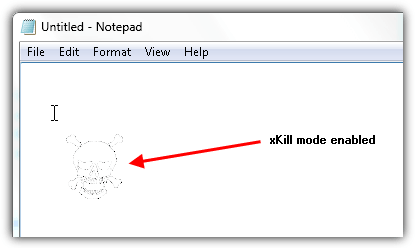 Win Xkill kill mode, can be invoked using also a key press Control+Alt+Backspace as well as there is an option to leave xkill running in the background background, but disabling the tiny skull icon in systray from its interface.
Enjoy 🙂