On Linux, it is quite easy to run programs on OS boot via /etc/rc.local.
For Linux admins like me who are not much into Windows, it is interesting How it is possible to make Application run on Windows boot?

Running Program auto on boot is precious, especially for running small custom written .BAT (batch scripts)
On Windows XP there is a Startup Folder. Anything placed in Startup folder launches whenever Windows start. 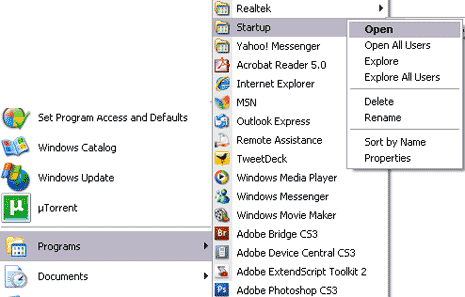 Alternative way to reach Windows  Start-Up (on Windows XP) is via C:\Users\Documents and Settings\All Users\Start Menu\Programs 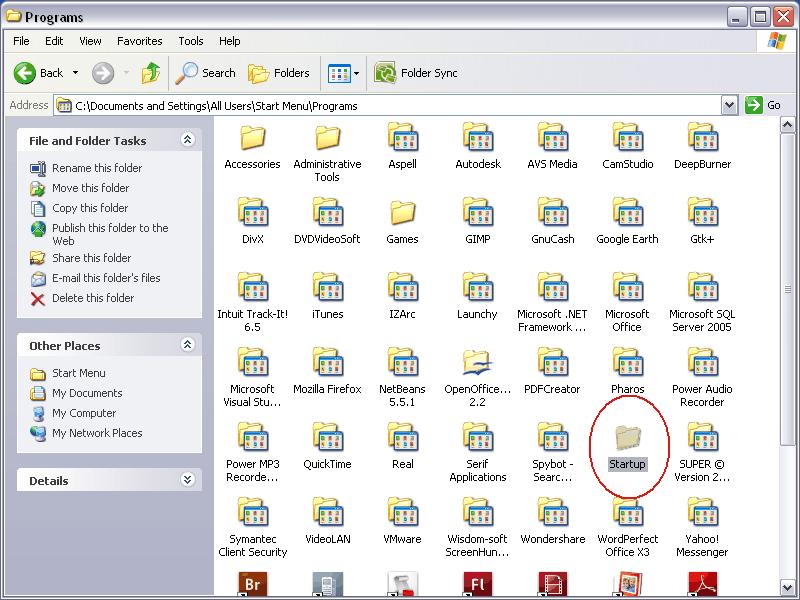 And from StartUp tab, remove tick from Program you'd like to disable: 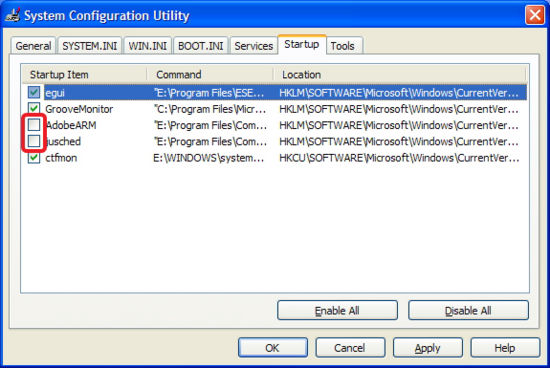 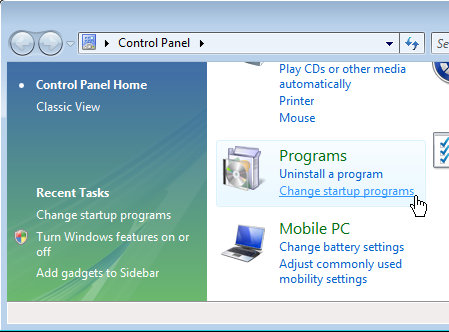 On Windows 8 to add / remove Programs to Startup (press Ctrl+C) in Run box that appears run: 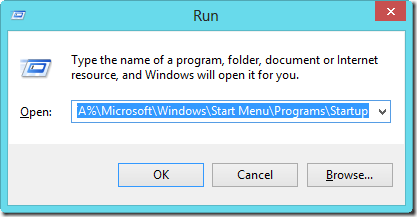 Then just like on XP, create shortcut and Paste Shortcut linked to program to run on Win Start

That's all you have to do on Next Windows Startup-up Program will automatically run.
Following same logic it is possible to make Word DOC / .TXT / PDF / Mp3 / Movie run automatically on Windows boot. Enjoy 🙂

P.S. Dear Windows Admin Gurus, I'm sorry if this article was too boring, please accept my kind apologies if so:)

This is pretty annoying as the WIndows boot manager screen appears on every computer start / restart and the prompts keeps there until you press enter to start newer installed Windows.

Here is how to fix that

Delete 2nd line offering to load from \WINDOWS and Save and exit notepad. After restarting system, Windows Boot prompt should be no more.

N.B. ! Be very cautious when deleting things from this file, messing up with it will leave system in un-bootable state.

I had to fix one Windows XP computer today. The computer was in a terrible state (meak to say), the system was hanging during boot,

None of Windows recovery modes worked,  except when running it through:

I followed some Usual commands to repair broken Windows XP, as the system was hanging during boot there was obviously some issues with corrupt by Viruses and Malware system binary (.exe) files or some .DLL was substituted in (C:WindowsSystem32 and C:WindowsSystem32DllCacache) with a trojanned version by some "bad ware".

Thus the logical thing to do was to try:

from Safe Mode's cmd prompt. Instead of starting its work as usual System File Checker spitted an error:

Windows File Protection could not be initiate a scan of protected system files.
The specific code is 0x000006ba [The RPC Server is unavailable.]


You can guess my amazement as I see this error for a first time in my life. Actually I don't remember if I run System File Checker scan from a Safe Mode With only Command Prompt ever so I'm not sure if this error was caused by some Virus activity which broke up the Win host, or it is due to the fact RCP Services are not loaded in Safe Mode – With Command Prompt Only.

As the message implies RCP Server is not running and sfc depends on it.

The reason for the error is Windows File Protection (WFP) was disabled by some of the Spyware or Viruses which infested the poor Win PC.

As the problem consisted in unworking RPC Services I tried launching RPC manually with command:

This unfortunately did not succeeded (dunno why).

I've later seen another fix pointed on a couple of forums around, which is using Registry to enable SFC.

Re-enabling SFC is done by:

2. Once launched go to the following reg settings (sub-values)

Use modify on it and change value to be "0"
3. Restart windows and launch again Safe Mode With (Command Prompt Only)

This solves it however, as you never can be sure if the Install time .DLLs are not already rootkited by the Virus-es and Spywares which "posessed" the computer. It is generally a good idea to Launch the Windows Install CD, recovery console and launch SFC using it, or even try using the Windows CD (Repair) mode. Though this is a temporary work around, this system will need a re-install in very short future, or it will most likely came in the same broken state in a very while – I don't believe such an infested computer can be "cured" except with a clean CD Windows re-install.
If this method didn't work for you but something else worked for you, whether you had to fix a Win PC please drop a comment with the solution.