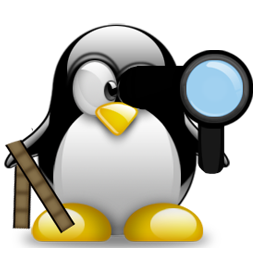 Here in my job, there is one internet (TV) around which can only read video formats in Mp4. Henceforth I needed a way to convert a number of JPEG / PNG format Picture files to Mp4. In my situation I needed to make video out of pictures and script it as this was required to be later pushed via FTP protocol to the Internet TV. Ater doing some research I figured out this is possible to build video out of pictures by using together ImageMagick and avconv.

First thing is to send pictures in certain resolution. There is a tool from imagemagick package called mogrify (which can do that). To convert a number of different dimension pictures to lets say 1024×768, used:

In earlier Linux distributions to create a movie from pictures ffmpeg was used like so:

However in newer version of ffmpeg support for this is removed, and to make video from images, there is other tool avconv. On most Linux distributions avconv is part of libav-tools package.

Once installed to create single mp4 video from JPEG or PNG pictures:

I found there is also a nice GUI,software Open Movie Editor, which can create video out of number of pictuers stored in a directory.
Open Movie Editor is available in most Linux distributions (unfortunately as of time of writting on Debian Wheeze there is no install candidate of openmovieeditor), there is however substitute package doing the same job called openshot);
On latest Debian stable to install Openshot: 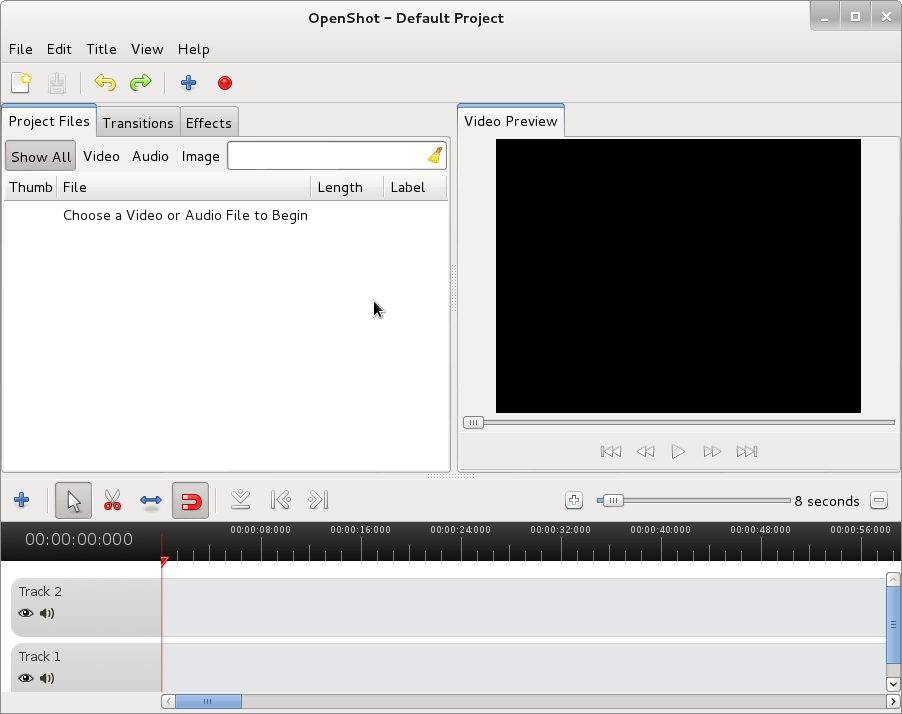 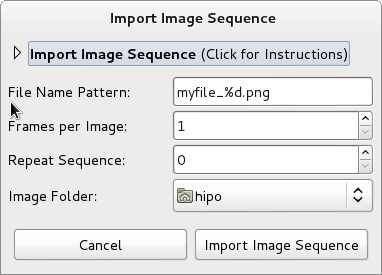 On Ubuntu Linux or other distro where openmovieeditor is avialable install it with: 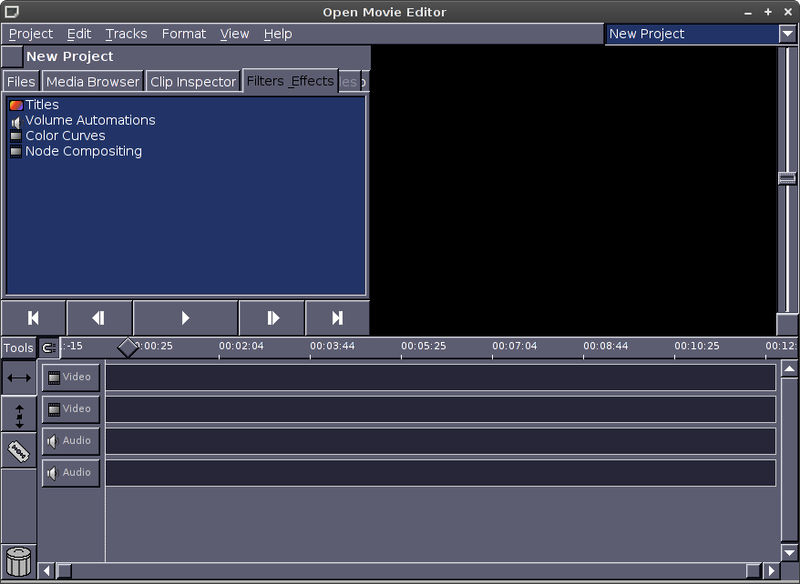 To create a video out of pictures click on Media Browser tab. Choose the Folder with pictures from which video will be generated and drag them to the Video bar
(window).

To save produced video navigate to menus:

and select format to save it as. One good codec to save output is Quicktime's. To convert later Quicktime MOV Video to MP4 video,
there is the  Pytube Media Converter script.

Well that's all enjoy your new videos from pictures 🙂