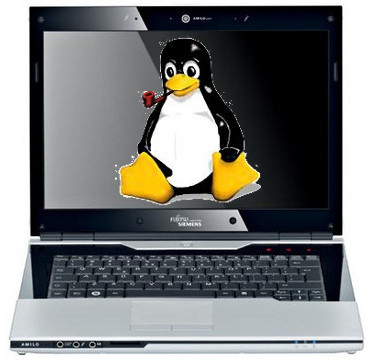 The day wasn’t so bad at all

Reading Time: 2minutes
Yesterday I was on a birthday of a one girl Krisi she is 18 already. It was a standard teen party. Awful place, I drunk 3 beers and smoked a lot of cigaretes in general we discussed with some ppl Does the Lord exist things. Is evolution real is it possible at all things like this. There was one boy who was keen on Free Software GPL etc. I realized I’m a real psycho after I started to convince him Windows and M$ products are much better than free software :]. After 3 hours speaking like a 15 years m$ user. When walking back for home. I asked my self what the heck? What I did I’m real psycho ;]. Zuio and I broke 1 flowerpot when doing POGO on a Hipodil song. I eat some strange salad with hands ( I pretended to be a Bangla person ) :]. Nomen drunk a lot and got angry at a guy and proposed to start a fight:]. In 5:30 a.m. we were already at home. Our mood got fucked up a little when going back to home. In the morning Papi wake me up and suggested to go to a coffee, I aggreed as usual but I did misunderstood about the place where we decided to see, and waited on other place after that I realized I did a mistake and he meant we have to see each other in the Winter Theather not the Summer One (silly me). After that normal day I eat. I did some server descriptions, played mame in Nomen (I went his home). I was able to start gxmame to work in fullscreen in the end (my integrated video card is doing alot of problems about the games) but I found out the xmame -ef 1 option. That one rules.END—–

I re-installed one PC with Windows XP which was refusing to boot. The PC had a hardware of:

It took me like 1 hour of search on the Internet and looking through forum threads and sites to properly install all the hardware. In hope to help someone out there looking to install the hardware Window drivers on ATI RAdeon HD 2600 XT, I’ve made a small archive of all the drivers necessery to make the Video card , Sound Card and Ethernet be properly installed and operating.

Installation of the drivers on Windows is pretty straight forward download the ATI Radeon HD 2600 XT archive extract and install each one of the files contained in the archive. A few restarts will also be necessery after some of the installed drivers to make the drivers work.

ATI Catalyst (included in the archive) will install the Video drivers for the Radeon XT 2600, whether AD1988AB_Audio_V6585_XpVistaWin7 and 11-11_xp32-64_hdmiaudio will install the Audio drivers. Attansic_L1_Lan_V1737907_V10560011159 contained in the archive needs to be extracted and installed to make the Attensic L1 Gigabit ethernet to show up as installed hardware in Windows device manager.

Yesterday I was at a friend of mine who has recently installed Ubuntu 11.04 to his already oldish Desktop computer.

The system was 1.4Ghz (amd) with 512 RAM and some kind of Dell Trinitron 19 inch monitor
Even though he tried hard to make his NVIDIA GeForce FX 5500 ‘s drive to work properly with Ubuntu Natty Narwhal, he just has messed it even more.
As I always like helping people and I’m joyful for people who want to migrate to Linux, I took some time to make his NVIDIA GeForce work with this Ubuntu release.

First I tried to make it work by using some of the official NVIDIA Linux drivers located on nvidia.com following some online tutorial for Ubuntu claiming that it works but actually it didn’t, so finally after a bit of experimentation I found a way to make this video card work.
Here is how:

2. Load in the kernel and set to be auto loaded on boot nvidia’s driver kernel module nvidia-173

root@ubuntu:~# service gdm stop
...
4. Use nvidia-xconfig to generate a working version of /etc/X11/xorg.conf for Nvidia

nvidia-xconfig will generate new /etc/X11/xorg.conf configuration corresponding to the Nvidia GeForce Fx 5500 and will move the old xorg.conf to xorg.conf.backup.

5. Start the gdm manager to be running again

Now the Xserver will start in a terrible mode of 640×480, probably because Ubuntu was unable to define correct VerticalSync and HorizontalSync for the 19 inch Dell Trinitron monitor or for some other weird reason, to fix this it’s quite easy though.
The fix to the NVIDIA GeForce 5500 running in 640×480 mode is done straigh via Gnome menus.

6. Use Gnome’s System -> Preferences -> Monitors to set raise up the Xserver resolution 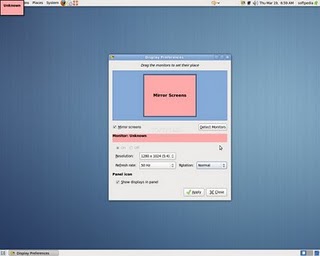 Here you will have to select more appropriate resolution and a different refresh rate, which in my case was 1024×768 and further on to store the settings press the Apply button.

One oddity here was that according to the Monitor Preferences the refresh rate was running on 54 Hz which I don’t believe was the case as I guess it’s some kind of Gnome or Ubuntu bug. I changed the 54 Hz Refresh Rate to 50 Hz as using the 54 Hz refresh rate as the screen had a minor vibrations observable if one takes a thorough look on the screen.

Setting the NVIDIA GeForce 5500 driver to work with 50 Hz Refresh Rate in Gnome loooked like the Windows’s 85 Hz RR and looked quite nice so I left it this way.

7. Install glxgears in order to be able to test that 3D acceleration on Nvidia works fine

After installing mesa-utils which nowdays contains glxgears executable one needs to execute the glxgears binary.

Immediately after a window containing the glxgears should popup on the screen, like shown in below screenshot 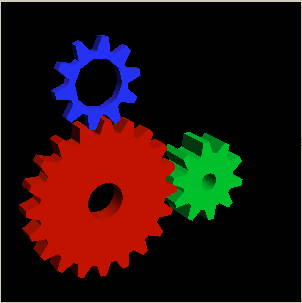 glxgears showed 3d acceleration works fine as the performance for 3d rendering shown was quite good and therefore 3D acceleration was running fine.

And that was it now the video works like and my friends, can enjoy the fun to have a generally virus Free OS 😉