Today is a glorious feast in Eastern Orthodox Churches (especially in Slavonic ones) because on this day an ArchAngel Gabiel on Holy Mount Athos in year 773  handed an Angel song in praise of the Theotokos (Virgin Mary), Mother of our Lord and Saviour Jesus Christ.

The hymn is chanted at Matins, Compline, and other services; but its most important occurrence is at the Divine Liturgy, where it is chanted at the conclusion of the Anaphora. The second half of the hymn, "More honorable…" is frequently chanted before the dismissal which concludes services.

Often, the chanting of this hymn is followed by either a metania or a prostration.

It is truly meet In Church Slavonic


It is Truly Meet in Bulgarian / Достойно есть 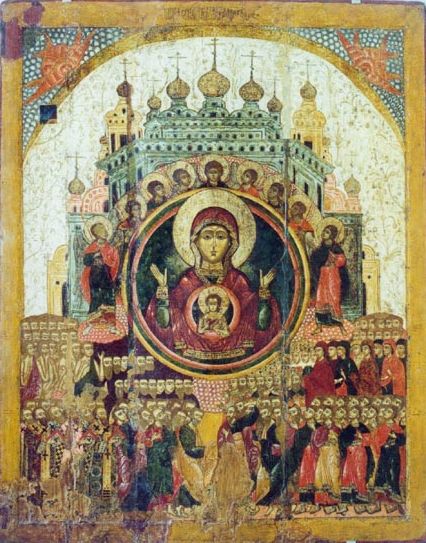 All the World rejoices in You Holy Icon

It is truly right to bless thee, O Theotokos,
thou the ever blessed, and most pure, and the Mother of our God.
Thou the more honorable than the cherubim,
and beyond compare more glorious than the seraphim,
who without corruption gavest birth to God the Word,
thou the true Theotokos, we magnify thee. 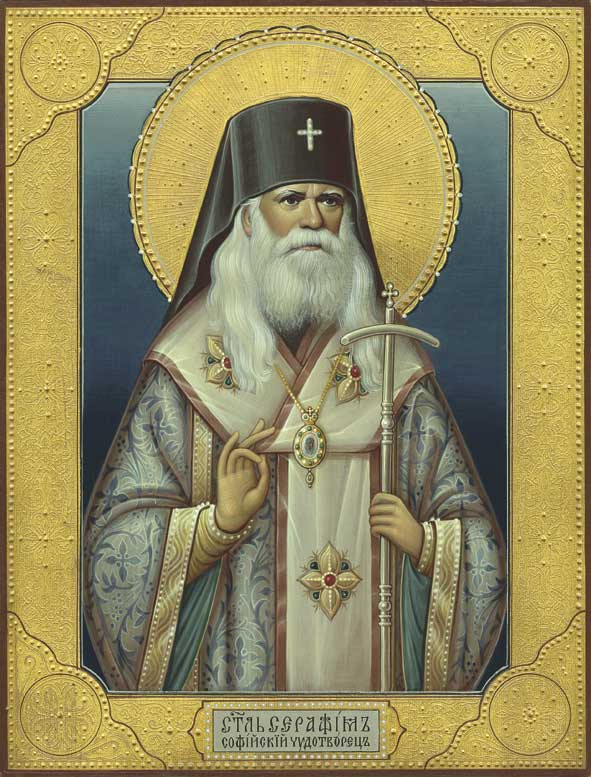 Last week I was in Sofia for a full body diagnosis with a device called Oberon. Of course the device is a Russian development.Anyways the results received showed that my health condition ain’t so bad even though it’s probably necessery to startsome physical exercises. I took a walk in Sofia around the National Assembly the City Library, The National Theater etc.The most exciting part of my journey was that I was able to attend the Russian Church located in blvd. Russia 3, I enteredthe Church crypt where Archibishop Seraphim Sobolev‘s body resides. I was able to venerate his holy body. It’s quite possiblethat the holy father Seraphim would be canonized in the short future for I’ve red many reports about a miraculous healingsand other miracles experienced by people who asked the holy father for intecessory prayer infront the Lord. More about the church itselfcould be red in Bulgarian language here . We traveled backto Dobrich with a friend of mine’s car Nomen. The traveling persons with Mitko’s car (Honda) was I, my father, Nasko and Nomen. On the way back I drived twice traveling like 150 km or a bit more. The Weekend was peaceful in overall. This days I don’t have much work probably because most of the people this wonderful summer days are unto summer holidays. To sum up I do thank to our Holy Lord the Holy Trinity as well as to the Theotokos for her constant intercession in front God. To God be the Glory! Now and unto ages of ages. Amen!END—– 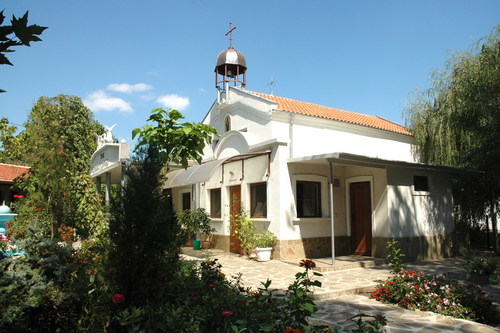 Yesterday for few hours on our way back from Shipchenski Monastery, we went through Kabile Monastery (a nun monastery located 6 kilometers from Yambol Bulgaria and just 1 km away from the nearest village Kabile. According to Church tradition in V-th century during the reign of Byzantine emperor Constantine on the same place used to a huge early Christian cloister

Also according to local Church tradition, st. Helena (Elena) – the Mother of Emperor Constantine regularly sent her servents to take Holy Water from the Monastic Holy Spring. Even in the ancient times of existence the monastery is very probably the monastery was inhabited by nuns.
It is known the monastery continued its existence until the falling of Bulgaria under Ottoman Turkish 5 centuries (yoke) Slavery.

According to some annalist saint Bulgarian patriarch Evtimiy of Tarnovo (the last bulgarian Church autonomous patriarch before the fall of Bulgaria under the Turkish yoke) passed through Kabile cloister during his exile by Turkish sultan in Bachkovo Monastery. Tradition says Turkish soldiers believed there is a hidden treasure somewhere in the monastery(the monasteries at 12th, 13th century was rich and often contained many treasures). Because invaders couldn’t find any precious stones or hidden gold inside monastery Turkish soldiers decided to burn down the monastery to the ground and buried the holy (healing water) spring.

Onwards for many centuries the monastic holy land was deserted, but locals from generation to generation kept the memory of the once great monatery alive. The consequential story on how the monatery was restored is quite long. A short version of the history goes like this. />
In year 1919, God appeared in a vision to old village lady Maria and told her where she has to dig to find the centuries “hidden” holy spring. In the vision the lady was told the monastic holy spring will be for restoration and healing of multitudes of people suffering from all kind of diseases.
The news about the re-finding of the Holy Spring, spread in the whole region and people started coming to drink from the Holy Spring to cure themselves from all kind of incurable diseases. The field where the monastery nowdays is was donated soon after by its owner Stoian Ganev

By God’s providence in period 1919 – 1945, the monastery was rebuilt. The monastery was restored thanks to big efforts of Georgi Nikolov (a humble Christian) who travelled continously for years from village to village in Yambol and Sliven region collecting donations for rebuilding. 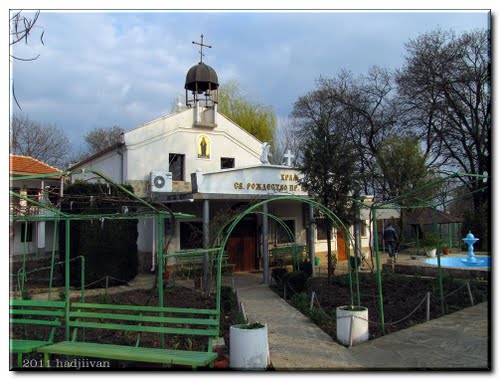 The monastery official name is Birth (Nativity) of Holy Theotokos Virgin Marry (Rojdestvo Bogorodichno) and currently is inhabited by 7 nuns. In the monastery there is a regular everyday morning and evening prayer service, a holy liturgy is served every Sunday. Similar to ancient times, the monastery has a special baptizmal chamber. Many people choose to baptize there children as a blessing in there. Abbot of the Monastery in present times is the lady Minodora. 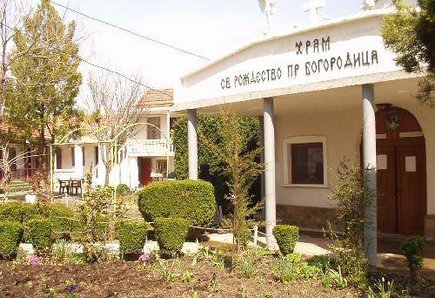 The little “spiritual desert” of The Nativity of Theotokos is great place for anyone looking for a silent place for pilgrimage to spend some time in solitude and prayer to the Lord God.

Here are few pictures from the monastery, I didn’t bring a camera with me hence I hold no copyright over pictures (copyright belong to there respective authors): 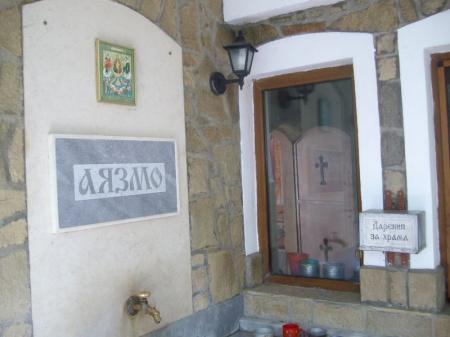 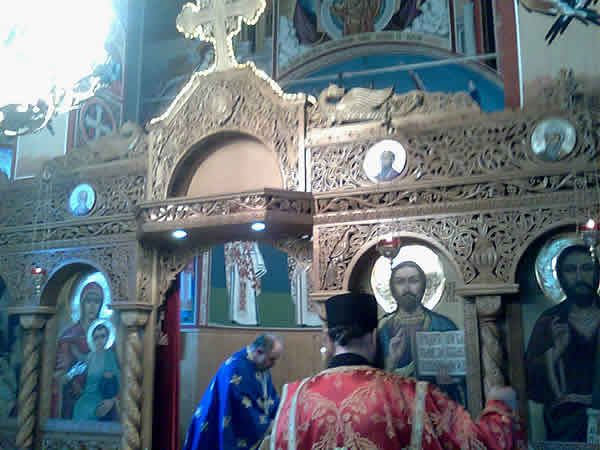 Inside the little Church of Kabile Monastery 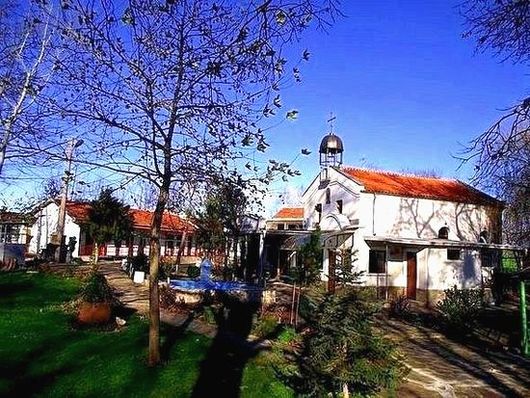 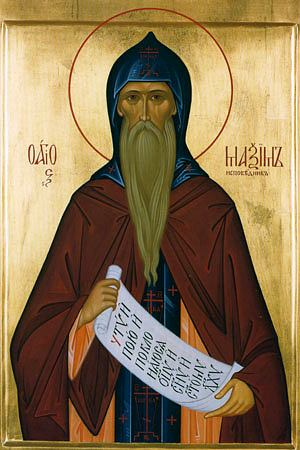 Today by God’s gracy I was blessed to go to Varna’s Cathedral Church (“Dorminion of the Theotokos”) on a small pilgrimage trip to venerate the Holy Relics of Saint Maximus the Confessor.

The saint relics which are there for veneration today 30/Jun and 01 of July are the saint’s right hand which was slaughtered in the 7th century. Today 14 centuries later, the saint right hand holy relic is still intact (the skin of the hand is dried but it’s intact!).
This is a great miracle of God who does clearly show the truthfulness of Orthodox Christian faith. The saint’s holy relics are temporary moved from Holy Mount Athos monastery St. Apostol Paul, where kept.
As one can read in saint Maximus biography, st. Maximus is one of the biggest Orthodox Christian martyr from the time before the great Church Schizm.

St. Maximus the Confessor was a Christian monk and a great Church scholar. He became a monk choosing willingly to abandon his great richness and political life because of Christ.

The Saint’s title The Confessor is given because of his great suffering for Christian faith.

Because of the saint’s firm staying in faith during an icon fighting heresy emperor Hiraclious (Iraklii) slandered the saint and he was send to a trial where he was immediately vilified as a state traitor.
A severe beating was ordered to be done on the saint and the whole ground was sprinkled with his blood, the saint’s torturers also cut his tongue and his right hand was chopped off.
The heretical torturers were ordered to slay down his right hand and his tongue in order to prevent the saint to confess/preach and write down about the Orthodox Christian faith.

The descpile of the saint Anasthasius has also faced the same faith. After the butchery the two saints were walked around the city streets to mock them publicly behind the shocked crowds eyes.

Even though the sadistic torments by God’s providence saint Maximus the Confessor did not died immediately but was sent to exile in today’s Dobrudja (Dobrich) region in Bulgaria.

Saint Maximus has died in his old age, aged 82 in August 680 A.D. Even though being a disabled because of the martyrdom, during his exile the saint was able to write a lot of treatise books against heresies and especially against Monotheistic Christian heresy, and a lot of other writting concerning the proper spiritual christian life. The saint’s major works are titled, Ambigua An exploration of difficult passages in the work of Pseudo-Dionysius and Gregory of Nazianzus, focusing on Christological issues and Mystagogy – A commentary and reasoning on the Eucharistic liturgy.

According to Church tradition after the saint’s tongue was cut in order to prevent him to preach the Christian faith correctly, God did a miracle where even without a tongue he preached the Gospel to the masses and he heretical emperor who ordered his suffering and the saint tormentors were publicly disgraced.

Saint Maximus the Confessor is considered a saint also in the Roman Catholic Church.

The saint was canonized officially about 22 years after his death on the oecumenical Church saints assembly in year 682.
After Saint Maximus’s death on his tomb many healing miracles occured.
On the place where he was buried three bright lights looking like candlesticks could be seen burning (a clear miracle atteting of the Holy Trinity) as the thrurthful one God.
God’s great omen on his tomb is also a clear sign that Maximus the Confessor has been accepted in the eternal paradise with God with all the rightous.

Let God always strenthen us and help us, to all us who does venerate the saint. Let God by his Holy prayers deliver us from all heresies and grant us grace to stay firm in the true Orthodox Christian faith now and forever.
Amen!

The third day after Resurrection (Easter)

It’s the third day, after the saviour’s tomb was found empty. The third day after the evel living has manifested his divinity by showing himself alive to The Holy Virgin Mary (Theotokos) to Mary Magdalene and to few of the Holy Apostles.
The upcoming week is called within the Church The Bright Week
The whole week is a week of a divine spiritual joy which we all the Christians experiens (feels).

God is really graceful to us the sinners in this holy days of the year.