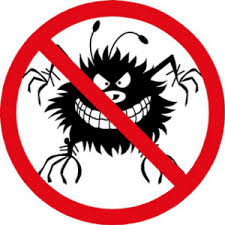 It is so common nowadays that Shared hosting clients upload PHP / Javascript / Ajax scripts carelessly downloaded from somewhere containing malicious features or infected by third party script kiddie tools which replicate themselves after succesfully exploit some common PHP or Perl vulnerability. I'm sure even as time of writing this post probably millions of old un-updated Hosting Linux servers are silent Malware hives.
Therefore For Shared Hosting server servers it is useful to know about the existence of Maldetect – Linux Malware scanner also known under the name LMD.

Linux Maldetect – in what it does is very similar to Windows good Spyware Detect and Clean tool Malware Bytes. LMD uses Spyware definition database collected from network edge Intrusion detection systems who caught Web bugs commonly exploited as well as from custom user submissions of Malicious stuff. Maldetect's database can easily be exported and plays well together with ClamAV antivirus. LMD is very precious and is one of the must have outfits for hosting admins, as its use allows you to determine succesful cracking before system is rootkited and you have to audit for Backdoors or Rookit with rkhunter and chkroot

LMD is young project so it does not still have a package deb and rpm package builds. Installation is done from source;

Maldetect Malware definitions are designed to auto-update via cron. For people who don't like to waste CPU time and scrape on HDD with cronjob;

Tune according to your needs in config (/usr/local/maldetect/conf.maldet)

As you see from above output  you can view Maldet report by issuing:

NOTE: quarantine is disabled! set quar_hits=1 in conf.maldet or to quarantine results run:

In case some badware is captured by Maldet to quarantine files run suggested command:

Just for a close up below is a list of common 60 Malwares found on Hosting servers (taken from Maldetect Website);

rkhunter, chkrootkit and unhide three Linux handy tools to find out if a Linux server is compromised

I’ve been hired, just recently by a company to make them a quick security audit analysis as they complain of having severe Denial of Service problems against an online e-store.

As a mean of securing the local network of the company, the old Linux server had to be replaced with a freshly installed one, which I had to configure to run smooth firewall and create DMZ zone.
The company System Administrator has installed Debian Linux and brought up sshd to allow me to futher take the lead and secure the server
After few hours, I’ve noticed unusual activities. For example processes like:

I’ve seen the ./ssh shit before and I know pretty well this is a famous romanian script kiddies tools which circulates in the wild for at least 5 years already.

A quick look up in the usual places, where script kiddies store their files, like: /var/tmp, /tmp, /proc, /sys and /var/run has helped me find the ssh brute forcer the kiddie has issues on the machine in my case it was located in /var/run/2012 inside I found of course the usual sk bad stuff:

As well as an archive in /var/run/2012.tgz which was obviously quickly extracted and the brute force ssh tool was started to lookup for some more targets.

As I like keeping script kiddie stuff to expose and share with people, to help them get a better understanding what they can expect on their servers I made a copy of the 2012.tgz brute forcer tool, download the romanian ssh brute forcer shit is here if somebody wants to take a look, though I suggest to be very careful with it as some files might contain rootkits and other unwanted tool.
If someone wants to give it a try be sure not to launch it as root.

Anyways, after finding the abuser I quickly removed all the active users, which were not supposed to be existent on the newly installed system from /etc/shadow changed the server root password, give a reinstall the openssh-server and openssh-client (as I was not if they had not been substituted with some rootkited version), e.g.:

Consequentially I killed all the active ./ssh and ./a processes to assure the script kiddie ssh brute forcer is no longer running on the server as well killed all connections to the ssh server manually with kill cmd to the unknown IPs.

Finally to make sure, the server is not rootkited or not backdoored I run some tests with chkrootkit, rkhunter and unhide :

On Debian the 3 tools are available as packages, so this saved me time and I proceeded installing like so:

In few seconds the tools were installed so I used them to check if the server is irreversably damaged or root kitted by the kiddie.

First I used unhide to make sure there are no hidden backdoor processes listening on the server:

The above command checks with unhide in /proc and /sys for hidden processes as well as next uses brute option to try to brute force all PIDs on the server attempting to locate listening backdoors processes.

There are 2 more unhide binaries that can be used to check for hidden backdoors, unhide-posix and unhide-tcp

For some reason unhide-posix sys detected the /usr/sbin/rsyslogd -c4 process as some kind of hidden process, which is most probably a false positive, though I can’t be one hundred sure until I try to scan completely the server remotely after mounting the filesystem via ssh and scan it with clamav chkrootkit and rkhunter and even maybe with drweb .

I assume the HIDDEN Processes Found: 1 bells the alarm, however even though I did profound look up on the server with lsof, netstat and fuser cmds I cannot find nothing suspicious any more.

Next I used chkrootkit to check if some common rootkit is not installed on the server:

The chkrootkit output displayed thanksfully failed to detect that the system is rootkitted.

Finally, tested with rkhunter to assure chkrootkit to expand the range of rootkits the system is scanned for:

After a long screen of consequential rootkit tests, each of which requires the user to press enter rkhunter was unable to detect any rootkits installed on host as well.

Finally to make sure for one more time there are no some backdoors left or some unwanted users still connected to the server I used netstat:

As the output shows, I coulnd’t find anything suspiciou, still I can’t be 100% percent sure the system is clean and there is no something left from the cracker, probably the Debian server will be re-installed as it doesn’t matter since it’s newly installed Debian machine.

What is amazing is that the server was compromised immediately after it was installed. This means that either the very easy default root password the admin who installed the server was cracked, or his whole network has been compromised by the script kiddie.
Tomorrow will have to investigate further to assure the security breach is closed hopefully once and for all.