Reading Time: < 1 minute
Today we first met Habib (a colleague from Holland College I study in). We took a newspaper and searched for him a living place. We called from one bulphone to some of the newspaper advertisements but was not able to find any suitable living place for the price he could afford (60 or 70 leva). After that we went to a coffee place called “Central”. Then we went to Mino’s coffee and stayed and talked for 3 or 4 hours with Habib mainly about Bangladej.He told us about different specific things in Bangladej, like for example he explained us the attitude of people to a local people who are musicians (I forgot the exact Bangla’s name of ‘em), he told us Bangla’s people will probably think of us we’re musicians if we go to Bangladej. He said the people appreciate this people as fortune and the musicians live on the hospitality of the people. I went home checked something on the servers. It seems there is a new RC release of clamav 0.90rc2. I installed the new release and tested it but it seemed it has some problems with the clamd.conf’s syntax and I’ve uninstalled the 0.90rc2 and installed the old one which is 0.88.5. Praise God I’m spiritually okay. I’m going to have a sleep now but I’ll first read a little (The Bible). Blessings in the name of Jesus Christ 🙂 !

Upgrade Ubuntu from 9.04 to latest Ubuntu

Reading Time: 3 minutes
Updating a version of Ubuntu version 9.04 to the latest stable release is actually very simple and BORING.

It takes some long time and a lot of clicking, however eventually, the upgrade to the latest Ubuntu will be at hand.
The whole upgrade philosophy to Upgrade an outdated Ubuntu distribution to the newest supported stable Ubuntu release is in a consequentual number of release to release upgrades.

Let’s say you’re running Ubuntu 9.04 (Jaunty Jackalope and) you want to upgrade to Ubuntu 11.10 TLS
then you will have to to the following step by step upgrades; 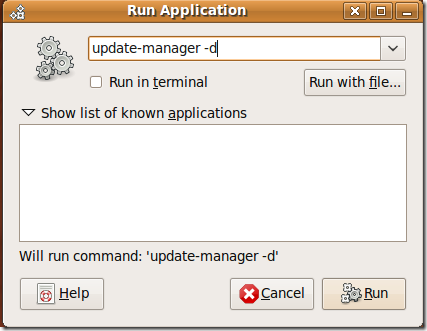 Press the Run Button afterwards to launch the command.
You will be prompted for your Linux administrator password, so type it in.

Next the command will launch the Update Manager . The update manager will show you all the available updates.

The Update Manager will show you the update options, it should say something like: 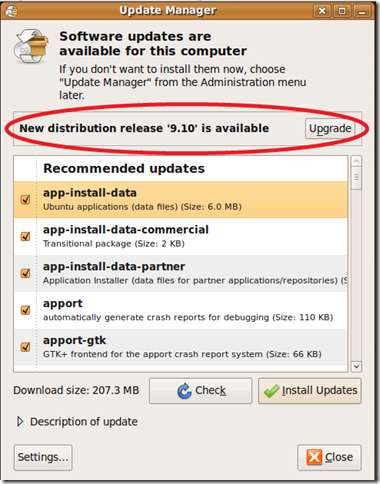 The Ubuntu update will went by by few steps:

You will see further on a screen reading “Support for some applications ended”, on that screen simply press the Close button.

Further on you will be prompted with a windows reading:

Do you want to start the upgrade? You have to click over Start Upgrade button to finally begin with the upgrade process. 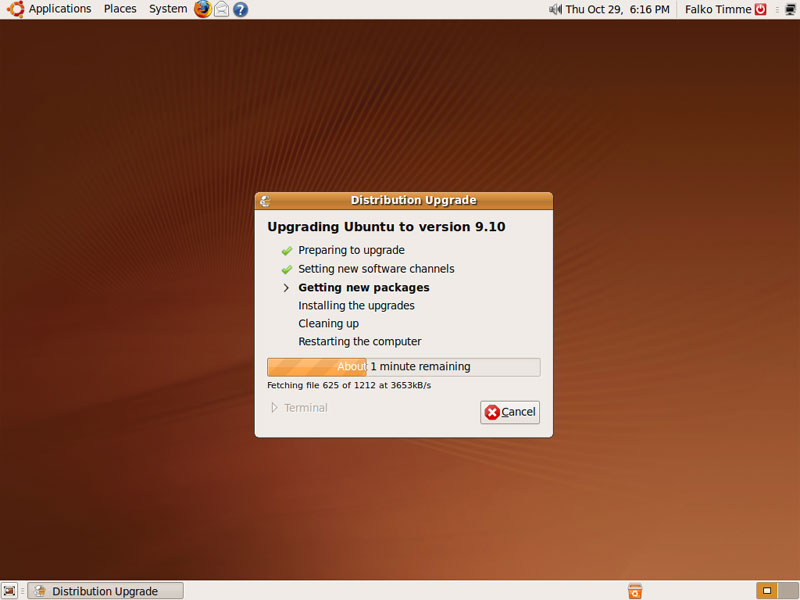 Now a prompt window will appearing asking you to reboot the system, when the prompt appears click over:

After the upgrade the new release of Ubuntu 9.10 will start booting up, and you will see a screen similar to the picture below: 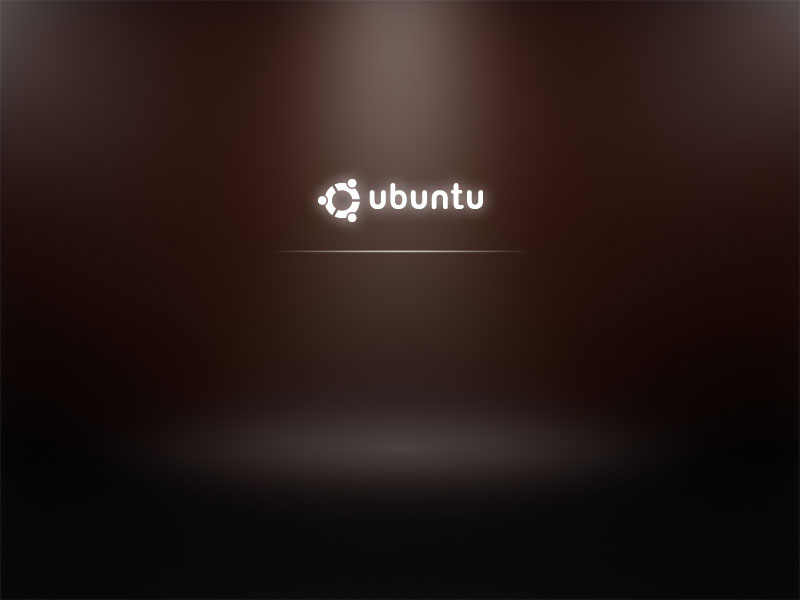 Now as you have updated from Ubuntu 9.04 next step is to upgrade to Ubuntu 10.04

System -> Administration -> Update Manager Now as you have updated from Ubuntu 9.04 next step is to upgrade to Ubuntu 10.04 (LTS – Lucid Lynx)

Now follow the above described procedure with update-manager -d

After repeating the few trivial steps you will have Ubuntu 10.04 LTS on your Desktop

Further on complete the trivial update steps with the update-manager to update to Ubuntu release 10.10 (Maverick Meerkat).

After having succesfully upgraded to version 10.10, now repeat the boring update procedures described in the beginning of the article to update to Ubuntu 11.04

Now as you should be with Ubuntu 11.04, upgrade once again with update-manager to Ubuntu 11.04 (Natty Narwhal).

And ast a last, once again with the update-manager -d update following the instructions to Ubuntu 11.10.

I’m pretty sure this is one of my most boring articles ever …
It’s interesting fact that I learn once from a friend of mine about the Ubuntu distribution. The Ubuntu distribution has it’s versioning based on months and year whether a version is out for instance Ubuntu 9.04 means this Ubuntu release is released on (Month 04 (April), year 2009)), Ubuntu 11.10 Means this distribution is released in (year 2011, month 10 (October)).