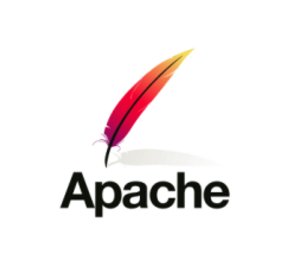 In case of development (QA) systems, where developers deploy new untested code, exposing Apache or related Apache modules to unexpected bugs often it is necessery to increase Apache loglevel to log everything, this is done with:


in httpd.conf is the default Apache setting for Log. For some servers that produce too many logs this setting could be changed to LogLevel crit which will make the web-server log only errors of critical importance to webserver. Using LogLevel debug setting is very useful whether you have to debug issues with unworking (failing) SSL certificates. It will give you whole dump with SSL handshake and reason for it failing.

You should be careful before deciding to increasing server log level, especially on production servers.
Increased logging level puts higher load on Apache webserver, as well as produces a lot of gigabytes of mostly useless logs that could lead quickly to filling all free disk space.

If you  would like to increase logged data in access.log / error.log, because you would like to perform versatile statistical analisys on daily hits, unique visits, top landing pages etc. with Webalizer, Analog or Awstats.

Change LogFormat and CustomLog variables from common to combined.

By default Apache is logging with following LogFormat and Customlog


Which will be logging in access.log format:

Using Combined Log Format produces all logged information from CustomLog … common, and also logs the Referrer and User-Agent headers, which indicate where users were before visiting your Web site page and which browsers they used. You can read rore on custom Apache logging tailoring theme on Apache's website

Reading Time: 2 minutes
Its common thing that CMS systems and many developers custom .htaccess cause issues where websites depending on mod_rewrite fails to work properly. Most common issues are broken redirects or mod_rewrite rules, which behave differently among the different mod_rewrite versions which comes with different versions of Apache.

Everytime there are such problems its necessery that mod_rewrite’s RewriteLog functionality is used.
Even though the RewriteLog mod_rewrite config variable is well described on httpd.apache.org , I decided to drop a little post here as I’m pretty sure many novice admins might not know about RewriteLog config var and might benefit of this small article.
Enabling mod_rewrite requests logging of requests to the webserver and process via mod_rewrite rules is being done either via the specific website .htaccess (located in the site’s root directory) or via httpd.conf, apache2.conf etc. depending on the Linux / BSD linux distribution Apache config file naming is used.

To enable RewriteLog near the end of the Apache configuration file its necessery to place the variables in apache conf:

Either chown the file to the user with which the Apache server is running, or chmod it to permissions of 777.

On FreeBSD, chown permissions to allow webserver to write in file, should be:

On Debian and alike distros:

On any other distribution, you don’t want to bother to check the uid:gid, the permissions can be set with chmod 777, e.g.:

Next after RewriteLog is in conf to make configs active the usual webserver restart is required.

To restart Apache On FreeBSD:

To restart Apache on Debian and derivatives:

On Fedora and derivive distros:

Its common error to forget to set proper permissions to /var/log/rewrite.log this has puzzled me many times, when enabling RewriteLog’s logging.

Another important note is when debugging for mod_rewrite is enabled, one forgets to disable logging and after a while if the /var/log partition is placed on a small partition or is on an old server with less space often the RewriteLog fills in the disk quickly and might create website downtimes. Hence always make sure RewriteLog is disabled after work rewrite debugging is no longer needed.

The way I use to disable it is by commenting it in conf like so:

Finally to check, what the mod_rewrite processor is doing on the fly its handy to use the well known tail -f

A bunch of time in watching the requests, should be enough to point to the exact problem causing broken redirects or general website malfunction.
Cheers 😉