Reading Time: < 1minute
Some time ago, I asked myself if there is a SSH/Telnet supporting Terminal program
for Windows which enables you to have a tabs with the opened connections to a number
of servers. Well after some time spent looking, Iâ€™ve came across the solution
which concludes to a nice PuTTy wrapper program called Putty Connection Manager .
Putty Connection Manager requires you to have PuTTY installed all it does it runs a multiple putty instances
each one opening in a nice multi tab windows, like the good old linux gnome-terminal.
Cheers!ENDâ€”â€“

I run into a funny case I went to see some friends in another City and used their Samsung Tablet for some Skype Chatting and few Skype Calls.
When logging in I forgot to untick the "Save password" tick and when I left the city and travelled to my home I saw on my wife's Skype (who has my username) logged in that still my Skype keeps logged in. In other words Skype shows I'm online even though I was not really connected.

I remembered I forgot to logoff Skype from the Tablet, so any time the tablet was connected to the internet or restarted Skype started I was automatically logged in Skype.  This was pretty annoying because many people write me when I'm in fact offline and the messages end up in the tablet and I'm not answering making truly a bad impression (many friends and relatives, think I'm rude for not answering and even started being angry with me without me knowing why …)

To solve the situation, I had to use /remotelogout Skype Chat Windows command which is not visible as standard commands:

This command logout all users logged in any device ( Android / iPhones Mobile Phones etc.) so afterwards, one can be sure you're logged in just from one device (the current one from where you execute the command)

To be absolutely sure, there are no other devices logged in with your credentials there is also /showplaces command:

The standard commadns shown in Skype help with /help typed in on any userchat opened Window are:

However there is another less known Complete list of supported Skype (Hidden) commands you can use to imitiate most of GUI Skype motions + a lot of info you can get only via those commands, here it is:

Other thing you might not know is there are Skype hidden emoticons
For more see official skype help.chathelp.

Whether you tried running simultaneously more than 1 Skype clients by clicking twice on Skype Desktop icon or invoking Skype via Windows Start menu; You already have figured out that Skype on Windows is set-up by defaykt to only support one logged in Skype user.
In case you wonder why on earth someone might need to run in parallel few Skype accounts on one Windows PC, possible scenario is;;;

In Linux in Skype version this is not so and thus for people like me who come from Linux it is rather uneasy to not be able to login in second Skype instance, whether you go to a friend who already keeps logged in with his Skype user …

Thus this triggered me to research a bit if simulatenous user login is possible?
Yes it is possible and very easy, to do so the user has to run manually Skype from command line like so:

On 32bit PC hardware with 32 bit of Microsoft Windows issue in win cmd.exe (command prompt) from:

or to directly paste in command prompt:

If you are on a 64bit machine run in cmd prompt:

To easily run few instances of Skype in parallel, you can make shortcuts on Desktop. pointing to any of both above commands.

That's all now you can login as many skype users as you like on 1 Win PC. All parallel logged in users can receive and write messages. However you should bear in mind that situation with answering Skype calls is a bit complicated as you cannot speak in parallel through different logged in skype users. Anyhow whether you have to react on Skype voice / video calls incoming in similar or same time from 2 skype accounts, you can use – Set Skype Call on Hold functionality and hence keep voice video in parallel with different skype accounts. 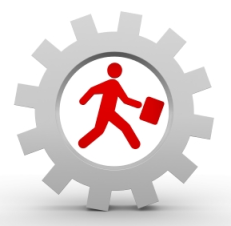 If you are logged in to Oracle SQL server with sqlplus and you're not sure to which Database, Tables, Object instances you have permissions to below 2 queries will be of use:

Query lists all queries in a Oracle table schema. Alternavite shorter way to do the query is via:

Shows your own schema's all tables and views.

Other oracle useful query is the Oracle equivalent of MySQLSHOW TABLES;

It will also output info only for logged in user credentials, if you're logged in as oracle database administrator (DBA role) account and you would like to check what Instances are owned by any user lets say user GEORGI query should be;

Other way to do it is via: