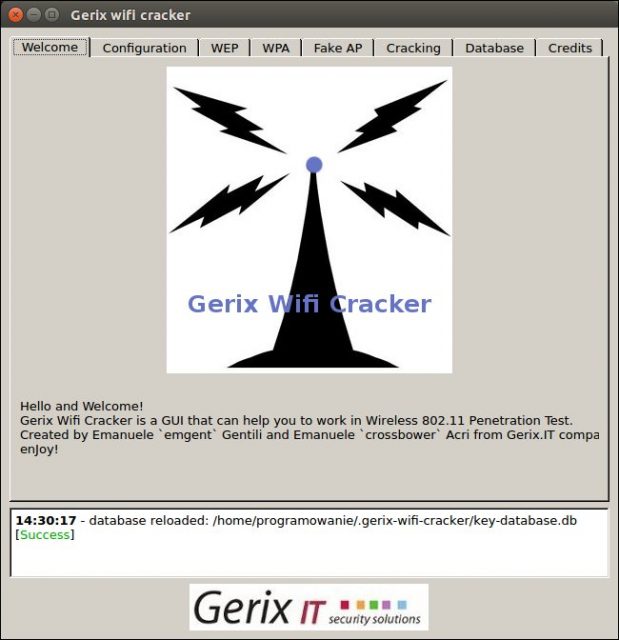 I found a neat program that facilitates work on cracking
a wep or wpa secured wireless network. The program is called
Gerix Wifi Cracker NG and is a part of the
backtrack penetration testinglinux distro
Gerix Wifi Cracker itself is located here , it's cool cause the author even has prepared a deb
package with the nifty GUI wireless cracker
. The slogan of the soft is also a killer,it reads:
"The software that even your grandmother knows how to use!",
a bunch of nice granda's pictures are included as well 🙂

Time of the Gipsys – A 1988 movie picturing the Psychology, Believes and Traditions of common Gipsy 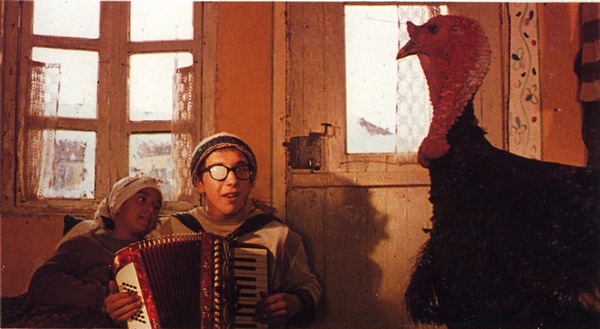 Time of the Gipsys (Dom za vešanje in Serbian) is one of the best movies ever made about the Gipsys communities of eastern Europe.
TOG shows the tragic reality of a gipsy community at a time very near to the dissolvement of the Soviet Union.
It is a movie about love, hate, desperation, optimisim and the natural strive for religion and mysticism of the human soul.
Time of the Gipsys is a drama not for everyone it is much of a realistic movie discussing The root of Gipsy corruption and theft Problem that is a common thing in the Closed Gipsy Community and gives the watcher an insight on what makes a lot of the Romanis criminals. 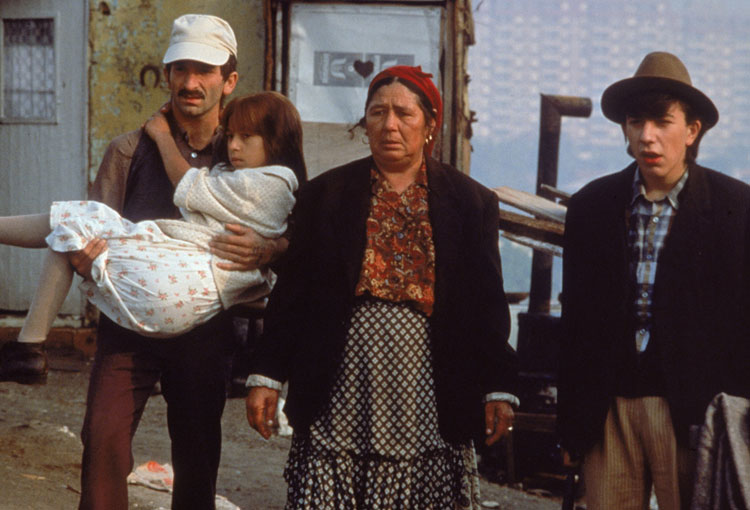 For his TOG the movie directory (Serbian) Emir Kosturica has been nominated with Best Director award on 1989 Cannes Film Festival.
The movie explores the dark and bright realms of the human soul going through the major moments of common Gipsy boy Perhanwho in his strive for 'eartly success' from an innocent boy interested into para-normal turns into a hardcore cryminal. 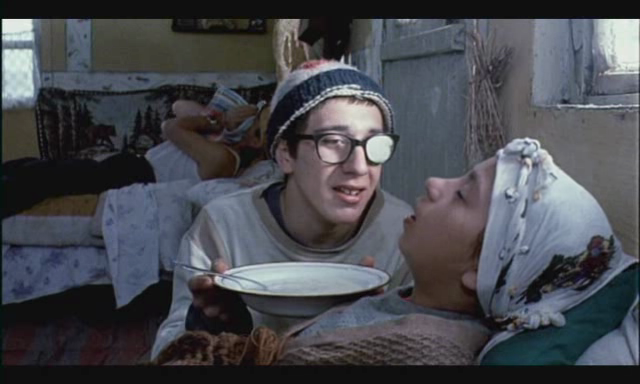 The movie starts showing the family of Perhan (devoted grandmother Khaditza, his lame sister Danira and his dissolute uncle Merdzan (an alias name for Mercedes car brand :)). His family lie most of gipsys families in Eastern Europe are living a poor and isolated life, as they're rejected by the Serbian local citizens

Perhan is the illegitimate son of a Slovenian soldier who had an affair with Perhan's late mother. From very early age he is interested into advancing his 'psychic' abilities and inlove with another gipsy woman Azra but he is not allowed to marry her because he is poor and an illigitimate son of a non gipsy man. 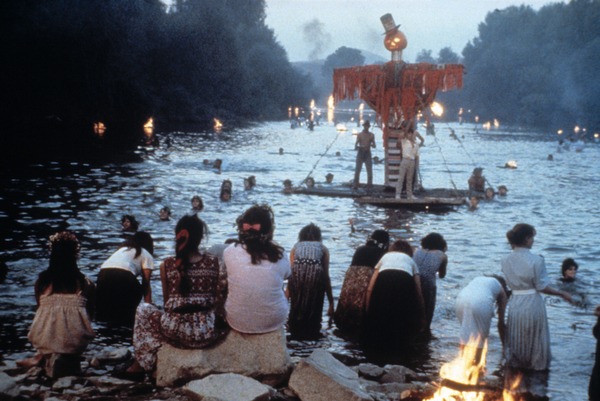 After Perhan  becomes a successful (criminal) in Italy, he comes back home to Azra with hope that now he will be in the position to marry her, but finds her already pregnant and gets enraged realizing that all the criminal life he led in order to gain distinguishable position in society and money capital motivated by his love for Azra were in vain.
To make the situation worst Perhan finds Ahmed (who involved Perhan into the criminal prostitution business)'s promise to built house even not started and the operation of Perhan's lame sister Danira was not done as agreed with Ahmed.

On the day of Azra's wedding Perhan understands a secret that Azra is pregnant with a child from him conceived earlier on a st. George's day when they make love with Perhan. Still wearing the bride dress Azra dies and the kid is also named Perhan after his father.

Ahmed who involved Perhan into illegal businesses and cheated Perhan takes care for Perhan Jr. after Azra's death and the boy is raised by Perhan's crew of smugglers and prostitutes.

Later Perhan Jr. is accepted by his father Perhan and the scenes continue in Rome Italy. Finally Perhan manages to revenge and kills Ahmed with a fork (using his psychic telekinetic skills) on Ahmed's wedding day. Being enraged Perhan kills also Ahmed's brothers but finally is killed by Ahmed's new wife.
At Perhan's funeral, the grandmother passes out drinks to everyone and Perhan Jr. goes outside the house, peers through the window at his dead father, breaks the glass and steals the golden coins put on his father's eyes.He then passes the stolen coins to his uncle Merdzan who spends the coins on gambling … 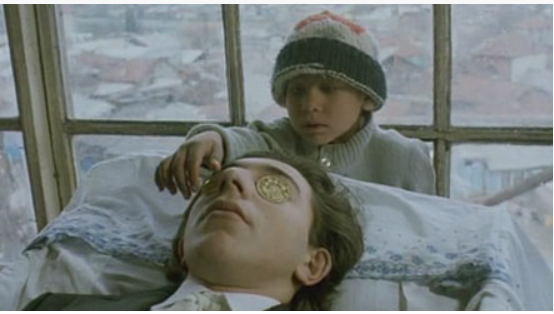 Reading Time: 3minutes
The last few days went smoothly in general No drastic problems in work which was a great blessing for me. Praise the Lord Oh My Soul :] We lost two afternoons with Narf writting (actually translating) a text for a presentation we have in Business Communication scheduled for Tuesday with Mrs. Svetla Stoyanova (a vice rector) in the college. It became like a tradition the eating of rise with vegatables in the new chineese restaurant. I used to watch two very intriguing films about the Quantum Physics/Mechanics which is on a way of prooving the spiritually exist. On a low level the Universe is even more magnificient than on the surface. I also watched very interesting film about “The Secret of the Water” which was based on a scientifically researched fact that water is “alive” and have memory just like a computer RAM. Yesterday Night we went out just for 20 or 30 minutes and Met a friend of Nomen who offered us to drink beer. He told us a very interesting fact that in Dubai Arabian men who are usually close relatives walk over the streets holding their hands Like gays (For their traditions this is something like great honor), even in the pubs this close relatives used to sit one in other :]]. After that we were just on our way home when we met Paco we walked for some time and speak about our Faith in Christ. Paco said he didn’t feel spiritually okay the last days so I tried to confort him about some truths that flowed out of my heart. Today I was on a coffee with Lily and She got depressed again (I really hate this thing). I heard a great Christian Industrial band on http://christianindustrial.net/ (Dead Turns Alive), what I personally like in the band is the old school sounding they were able to put in their music, actually they played EBM here is a link to their video you can enjoy http://www.deadturnsalive.com/video/influence.avi .I was in my grandmother this evening I really feel bad about this old sweet granny. She is so good hearted and like a model for what we the believers should be sadly she has real problems with her Ears and Seeing the Diabet is making her suffer badly… I hope she’ll be better. I prayed The Lord to help at least a little with, Laying her hands. During the day and in the mornings and the Evenings for a group of ppl and the World in general. There is also a good news. I speak with Slavcho (A brother in Christ), a month ago he suffered an amputation of his right leg. Slavcho is in a really terrible material/financial state. Every month he is living on the edge. Living with 120 lv. per month where 40 lv. from the sum he has to give for the rent of the apartment they live with his aunt. But God knows our needs and did a glorious thing for him. Slavcho told me his testimony today. He was in two protestant Churches in Plovdvid where he is currently for examination of his health state after the amputation. He told his story how he grown as an orphan how he believed/received Christ and how hard his life was. One of the Churches member decided they’ll collect tithe will donate him the money. Yes Praise be to the Lord Shabbaoth The Lord of Hosts.. HalleluYah . Seems like there are some real servents the world has. Whilst the Devil is taking inch after inch after inch of the earth leading so many blind ppl to his Satanic Kingdom. I looked at http://adsx.com. The probable technology matching the Prophecies for which we can read in The Book of Revelation. The technology now serves 500 Big Hospitals in the USA. Only for 5 or 6 months they put it in a new 200 Hospitals … But I guess this is just the beginning of the integration of the “Number of the Beast” Into the World Economy/Trade/HealthCare/Structure …END—–