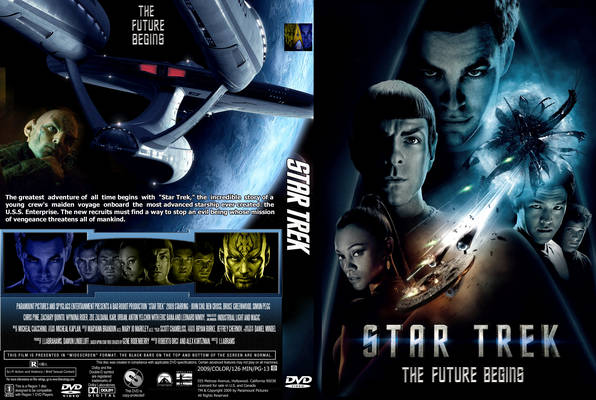 Two months ago, I’ve developed a contact reservation form in PHP. The form is really easily customizable and is straight forward to integrate.
I’ve developed the form for a small restaurant which was missing the feature on it’s joomla based website in order to be able for restaurant clients to reserve tables.

Here is how my restaurant reservation form looks like: 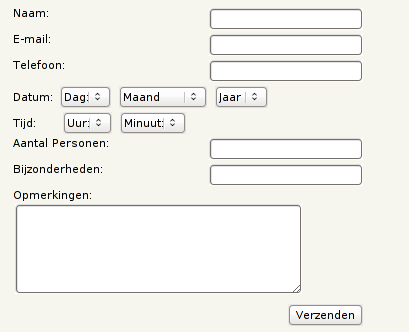 Later on I found there are plenty of possibilities to easily make a reservation form in Joomla but at that time I had no idea that custom contact forms can be prepared with Joomla, so I developed my own one from scratch in plain PHP and MySQL.

The form’s fields are in Dutch, because the form I’ve developed for a Dutch restaurant.
However changing the form text is really easy,to do so open the php file and modify it, according to your needs.
I decided to share here the reservation form in hope that it might be helpful to somebody out there.
The Reservation form is licensed under GPLv2 so you’re very welcome to distribute and modify it freely.

The form installation is described in the README file you will find bundled with the reservation form archive.

You can d Download my PHP restaurant reservation form here

Feedback on the form is very welcome!

I’ve recently received a number of images in JPEG format as a feedback on a project plan that was constructed by a team I’m participating at the university where I study.

Somebody from my project group has scanned or taken snapshots of each of the hard copy paper feedback and has sent it to my mail.

I’ve received 13 images so I had to open them one by one to get each of the Project Plan to read the feedback on the page this was really unhandy, so I decided to give it a try on how to generate a common PDF file from all my picture files.

In order to complete the task of generating one PDF from a number of pictures all I did was.1. Switch to the directory where I have saved all my jpeg images

2. Use the convert binary part of imagemagick package to generate the actual PDF file from the group of images

If the images are numbered and contain many scanned pages of course you can always pass by all the images to the /usr/bin/convert binary, like for instance:

debian:~# convert 1.jpg 2.jpg 3.jpg 4.jpg 5.jpg outputpdffile.pdf
Even though in my case I had to convert to PDF from multiple JPEG (JPG) pictures, convertion with convert is not restricted to convert only from JPEG, but you can also convert to PDF by using other graphical file formats.

For instance to convert multiple PNG pictures to a single PDF file the command will be absolutely the same except you change the file extension of the graphic files e.g.:

I was quite happy eventually to know Linux is so flexible and such a trivial things are able to be completed in such an easy way.

Yesterday and today we had Management Games and Theathre Games with Joop Vinke.At the management game we play a sort of Human Resources Management game. All the students are devided into groups and we play a simulator game. We had to manage a company. First we setup our 2 year goals and then we play the game on quarters (6 quarters). Every quarter we have to made some managerial decisions (invest money into different stuff, hire personnel, promote ppl etc.).

Basicly the company consists of 660 employees, there are 5 levels in the company starting from 1 where there is unqualified specialists and 5 which are the top management.

When we make our choices then all this data is inputed into a computer which gives us some feedback which helps us in taking the decisions for the next quarter. At the meantime Vinke organizes fun games to entertain us and make us feel comfortable with him and through this games he tries to show us basic concepts in business. The last two days I really enjoyed.

Today the game that impressed me the most was called

“The Werewolves from Wackedan”. Basicly it’s a strategic game with roles. In it you’ve got a bunch of ppl who play different roles, 3 of them are werewolves, others are citizens others are ppl who have special abilities to foresee who are the werewolves.

We had cards in front of us turned back to prevent others except us to see the cards. Some of the cards are citizens and ppl who belong to the citizens other 3 are werewolves.

Every night the werewolf kills a person (by selecting somebody from the crowd, when they sleep), because the werewolves are out at night when everybody sleeps. At the morning citizens awake and one of their friends is dead so they try to revenge by pointing someone to be killed (it may be a citizen again it may be a werewolf).

At the end only werewolves or citizens should servive 🙂 It was a big fun today to play this simple game. At the end of the day at 18:00 we had a session of the so called Theathre/Games. Theathre Games include different entertaining games which are designed to improve our communication skills and teach us to act like an actors plus they are pretty entertaining 🙂 That’s all thanks to God everything seems to run smoothly around my life. Except my health I’m still having some health issues although I can say I have an improvement I am not still healed and I still drink herbs.

At 20:00 I was out with Narf and we went to the fountain a little later Kimmo and Yavor joined us and we spend some time their. Well that’s most of the day at night I went to my grandma just to see how she is doing and now I write this post tomorrow the Management Game continues at 09:00. So probably after few minutes I’ll go for the night prayers and then I’ll go to sleep. END—–