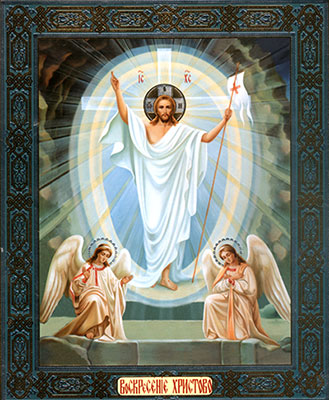 Thomas Sunday – The day of Disbelievers 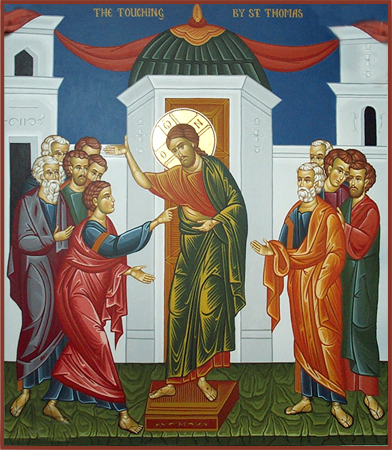 A week passed since we Christian celebrated Resurrection of Christ (Pascha). Each year on first Sunday after Easter in orthodox Church is celebrated the so called Thomas Sunday. So why is it called Thomas Sunday and why it is the day of disbelievers?
The root of this ancient Christian feast comes after commemoration of Christ desciple St. Thomas who disbelieved the testimony of ( 10 apostles ) and the Virgin Mary  that Jesus Christ is Risen from the Death.

The disbelieve of Thomas was logical and human cause even though Thomas was with the Apostleswith Christ for 3 years, saw all Jesus miracles and shared the Secret Supper (Last Supper), and even knew in advance (heard by Jesus on Last supper) that Jesus will betrayed mocked, hanged on the Cross and Rise from the death on the third day, he disbelieved.

Thomas Sunday (Sundy of Thomas) is "the day of Disbelievers", because all are disbelievers in moments of their life not only those who believe God but all the humanity!  Even the most faithful Christian, be it a deacon, monk or priest has difficult moments in life where God's existence or providence for one's faith is seriously questioned.
The fallen nature of man is such that the initial belief in God given to man in Eden (Paradise garden) is broken, and only in Jesus's name through the Gift of Faith given by the Holy Spirit, believe in God is restored.

Thomas very much like unto everyone of us doubted the rumors of Christ resurrection and said he would only believe in Resurrected Christ only if he sees his hands nails print and put his fingers into Christ’s wounds to test he is not seeing a Ghost but Christ is alive in a body after his death.

Here is the Gospel reading re-telling the story in short:

“Then the same day at evening, being the first day of the week, when the doors were shut where the disciples were assembled for fear of the Jews, came Jesus and stood in the midst, and saith unto them, Peace be unto you.” (John 20:19)

And after eight days again his disciples were within, and Thomas with them: then came Jesus, the doors being shut, and stood in the midst, and said, Peace be unto you.
Then he said to Thomas, “Put your finger here; see my hands. Reach out your hand and put it into my side. Stop doubting and believe.”
Thomas said to him, “My Lord and my God!”
Then Jesus told him, “Because you have seen me, you have believed; blessed are those who have not seen and yet have believed.”
Jesus did many other miraculous signs in the presence of his disciples, which are not recorded in this book.
But these are written that you may believe that Jesus is the Christ, the Son of God, and that by believing you may have life in his name.” (John 20:31)

We Christians should be joyful for have not seen Christ in Flesh but have believed for we are blessed for his believe without seeing.

By same faith in God without seeing him even in old times the Jews were led by the Lord God in the desert have won wars by their believing without seeing God, prophets has prophecised, Simeon (The God receiver) hold The Savior (Christ) in his hands, by faith David won the battle with Goliath, by faith we understand the universe was formed at God’s command, by faith we know that the visible came out of the invisible.

o Kyrios mou kai o Theos mou (Greek) – My Lord and my God (Jn. 20:28) this declaration of faith clearly shows an unexpressable excitement of Thomas and his unexpectency to see Christ resurrected. Here it is interesting that here the son of God Jesus Christ is called by Thomas exactly how Jewish used to call God Yahweh (One and Only God) in the Old testament.

Today the evangical story is very accurate for our generation – a generation of disbelievers, even we who say we believe often doesn’t justify our believe with our deeds, we say we believe but we don’t keep God’s commandment “to love God and our neigbor like ourselves.” Often only difference between believers and disbelievers is on Sunday we believers visit Church and “play Christians”, but even but in daily life our deeds are same like unbelievers. Often many are disbelievers not because they reject God but because they never heard the Gospel or misheard it, also we disbelieve because we’re very much like st. Thomas, we often say “I will believe in God if I see him”, but even Thomas who saw God before the Crucifix and knew him disbelieved – a proof that often seing once could still leave space for doubt. The glorious event of Christ showing himself Alive to Thomas was made by Christ to establish the Church and strengthen faith of first Christians in resurrection. Nowadays there are plenty of people who question God’s existence saying that they will believe if they see but they’re not given to see the resurrected Christ because God knows that even if we see the Lord Jesus Christ resurrected we would try to rationally explain the phenomenon with holograms, modern technology or science.

Thomas Sunday is not only a day of Thomas disbelieve it is a day of disbelieve of all humanity. , St. Thomas should be an example even to all of us Christian disbelievers and non-believers that even if we disbelieve and doubt and strive to see God, He is powerful to come and appear Resurrected in His Glory to our souls.
Let us therefore have the Wisdom of the Holy Apostles and say together with them “Lord, Increase our faith.” Luke 17:5

Here is how Easter is being celebrated in Lebanon Mall.
No Comment 😉

Reading Time: < 1minute
Nicolae Ovidio a brother in Christ from the Romanian Orthodox Christian, has provided me with a number of Beautiful Orthodox icons displaying the glorious resurrection of our Lord and Saviour Jesus Christ!
Ð¥Ñ€Ð¸ÑÑ‚Ð¾Ñ Ð’Ð¾ÑÐºÑ€ÐµÑÐµ!
Hristos Inviat!
Xristos Anesti!

[nggallery id=”5″]
This icons are truly a blessing so I kindly thank brother Nicolae for blessing me and allowing me to bless my readers with this wonderful icons!

The third day after Resurrection (Easter)

It’s the third day, after the saviour’s tomb was found empty. The third day after the evel living has manifested his divinity by showing himself alive to The Holy Virgin Mary (Theotokos) to Mary Magdalene and to few of the Holy Apostles.
The upcoming week is called within the Church The Bright Week
The whole week is a week of a divine spiritual joy which we all the Christians experiens (feels).

God is really graceful to us the sinners in this holy days of the year.