I never liked Mandrake Linux, since day 1 I saw it.
Historically Mandrake Linux was one of the best Linux distributions available for free download in the "Linux scene" some 10 to 12 years ago.

Mandrake was simple gui oriented and trendy. It also one the Linux distribution with the most simplified installer program and generally a lot of GUI software for easy configuration and use by the end user.

Though it's outside nice look, still for me it was like an "intuition" that Mandrake is not so good as it appeared.

Now many years later I found by chance that Mandrake has been sued to change their Operating System name with another, due to a law suit requit by the copyright holders of Mandrake The Magician comics. "Mandrake the Magician" used to be a very popular before the Second World war in the 1930's. 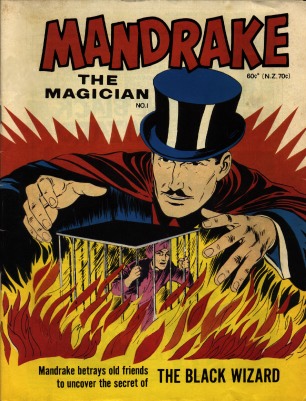 It obviously not a co-incidence that the Mandrake names was after this comics and not the mandrake herb plants available in Europe, Africa and Asia. This is clear in Mandrake Linux distro earlier mascot, you see below:

Later on they changed Mandrake's logo to loose the connection with Mandrake The Magician and used another new crafted logo: 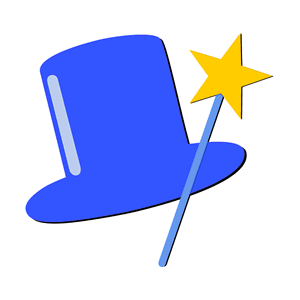 Its quite stunning nowdays magician obsession, has so heavily infiltrated our lives that even something like a Free Softwre Linux distribution might have some kind of reference to magician and occult stuff (I saw this from the position of being Christian) …

Later due to the name copyright infringement Mandrake Linux was renamed first to Mandragora Linux.
Instead of putting some nice name non related to occultism or magic stuff the French commercian company behind Mandrake rename it to another non-Christian name Mandragora.
Interestingly the newer name Mandragora as one can read in wikipedia means:

Well apparently, someone from the head developers of this Linux distribution has a severe obsession with magic and occultism.

Later MandrakeSoft (The French Company behind Mandrake Linux) renamed finally the distribution to Mandriva under the influence of the merger of Mandrake with the Brazillian company Connectiva this put also an over to the legal dispute copyright infringement dispute with Hearst Corporation (owning the rights of Mandrake the Magician).

Having in mind all fact on current Mandriva "dark names history", I think it is better we Christians avoid it …