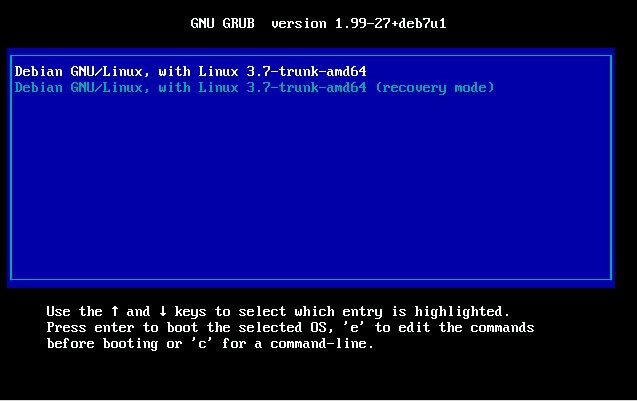 I have always loved to see the exact services that are loaded in Linux, during its boot.

I use Linux for 17 years already and I'm really used to see the status of Loaded services in Linux kernel boot from /etc/init.d/

Unfortunately since some time in all major Linux distributions for Desktop use  – the eb based, e.g. Debian, Ubuntu and RPM package system based – Fedora, OpenSUSE  Linux etc. that comes with GRUB2 boot loader pre-installed are configured by default to either show a static picture, or because of the faster boot times with the new systemd that replaced the old System V  to just show a blackscreen for a while during the actual processes being initialized quietly in the background.

Besides that if the Linux is to be installed on some Bare Metal Servers it is pretty much useless to have the Grub2 graphical boot enabled, so especially on Linux Servers Disabling Graphical Boot in GRUB is absolutely mandatory as on a servers debugging the boot process is an often task for the sysadmin.

Thanksfully for the curious people like me that want to see Boot loading statuses in order to see whether some service is improperly booted or there are some kind of warnings on boot, it is possible to:

The way to disable graphical boot across both .deb and rpm – package based distributions is identical.

quiet keyword tells GRUB to show little information about the boot process, while
splash option instructs GRUB2 to load the pre-configured Boot Picture showing up during the 5 seconds wait time in Grub Menu Screen, that requires us to choose the Kernel version or Advanced Options (Recovery, or other Kernel version to boot).

Change the value for GRUB_CMDLINE_LINUX_DEFAULT to be simply text, e.g.:

Note that update-grub configuration reload command might be on a different location across various Linux distributions and generally it is a good practice to check with which command where exactly it is located and give a fullpath to the command, for example on Debian Linux, to give fullpath location.

Well now restart PC / Server and enjoy, the text mode GRUB2 loader and the verbosity added to the boot process 😉