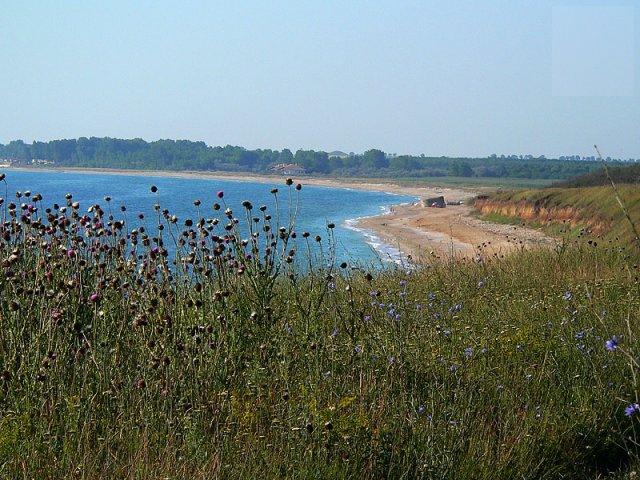 I've spend the 30th of Jule night against 1 of July on Krapets (Krapec) beach which is located nearby the Krapets small Bulgarian village. The beach there is really wonderful, many people has been gathered together most of them my hometown Dobrich.
The occasion for the event is the cyclical "celebration" of the rising sun reoccuring every year on July the 1st.
It's really interesting fact that this hippy celebration is being celebrated only in Bulgaria. The initial beginning of the holiday probably originate to some ancient paganism or worship dedicated to the Sun God.
In modern times the celebration of 1-st of July has started its celebration somewhere during communism in Bulgaria and was probably a silent protest showing up the young people's negative attitude towards the communism's suppress on their freedom.
The July morning is also widely related to the famous rock / hippy band Uriah Heep band and to the hippies movements from the 1960s and 1970s.
On July morning many people take their close people or relatives and go to some of the numerous preferrably wild place located near the Black Sea to spend a night on a Tent.
Usually people pick up some music instruments: guitars, bongo drums wooden pipes etc. and go for a feast of heavy eating and drinking near the sea beach.
Most of the participants in the celebration spend the night "in vigil" waiting for the first rays of the Sun rejoicing with the Sunrise.
Most of the people attending the July Morning celebrities are from the underground music movements, rockers, rock fans, metal heads, punks, alternatives or people into heavy music.
However many other ordinary people like me who want to have a Tent night with friends on the beach also attend.

Though July morning is a nice occasion to get together with friends and meet new people, its really displeasing that many people who attend the sea beach on the "The July" do it with an intenting to finish the night blind drunk.
Some people who attend also act like real "barbarians", for instance they scream hysterically and act uncivillized after they get really drunk 🙂
You can further read about the celebration in Bulgaria of the rising Sun on July the 1st in wikipedia

As a Christian I do not adhere to the die hard July Mornings admirers, neither I like the idea of people greating each other on the July 1st Morning with a "Happy July Morning" greeting.
Anyways in below video you will see some pictures grasps from July Mornings fans and the Uriah's Heep July Morning so famous and attached song to the July Mornings celebrations with the notable name July Morning

For a better idea on how does July morning look like if you're going on a vacation to Bulgaria, I suggest you spend a July Morning Night near the sea shore and see for yourself 🙂

I drinked 100 gr. of Rom and a beer after that and I got drunk. I have some problems with one of the servers in DBG. I hope the machine’s hard drive didn’t die. If the hdd is dead it would be very very bad for me. Tomorrow I have test in Management. As usual I haven’t study :]] I’m listening to Pantera and I want to drink more .. which is not good at all. END—–