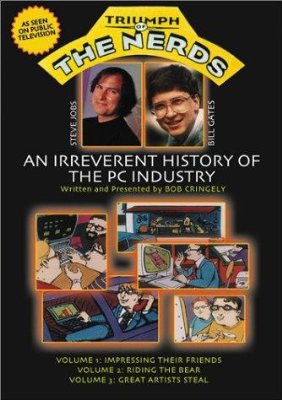 The movie is an interesting watching for people interested into Information Technology and gives some minor insights on the starred interviewed people and their life philosophy. It was interesting times back then and it seems many of the guys who could participate in the PCs were very lucky, where others who made key developments which are de-facto standards today went into history without much being remembered.

Now the trends which these man set in world’s development is not nice. Even though PC brough a lot of fun in our every lives it suddenly started taking over our privacy and made the humanity divided.
The movie is a story of a man motivated by greed arrogancy and exploitation. Even though the movie has historical value it doesn’t even mention about Free Software Richard Stallman and the free software movement.

The movie talks about the development of CP/M the predecessor of Quick and Dirty DOS (QDOS), MS-DOS Windows 1,2,3, Windows 95 etc.

It also tries to picture the events around the raise and fall of IBM and OS/2.

The most notable parts for me in the movie are the showing off of some old computer hardware and Mainframe servers as well as the quick explanation on how Mainframes irons predecessed the PC. Another interesting moment in the movie is displaying Steve Jobs demonstrating the Xerox’s Alto graphical interface. Talking about Jobs it was quite shocking for the world his sudden death just 3 days ago so (R.I.P).

The movie author Robert X. Cringery stress out in the movie the great struggle between the so called “the blue Elephant” IBM and the just emerging early Microsoft Corporation

Triumph of the Nerds slightly mentions Digital Equipment Corporation / DEC or COMPAQ as later known. DEC is company less known in todays world which had historically great impact on computer market, so its a pity the movie part mentioning DEC is so short.

What the movie misses is to aforemention About’s Digital Equipment VMS operating system known under the code name OpenVMS. OpenVMS even of today is believed by many to be the most secure Operating System ever developed.
The movie part that talks about DEC is the second part of movie it shows a nice COMPAQ portable computer. 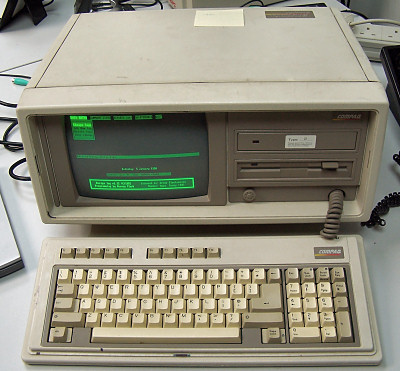 One should admit COMPAQ portable Computer is a really trendy for its time, Also the way it sticks the keyboard to the screen does remind seriously the opening and closing of a modern laptop 😉

One serious flaw with this movie is the complete lack of interviews with Richard Stallman and the importance of Free Software for the development of modern PC and the influence of the free software culture on todays latest Macintosh and PC developments.

Triumph of the Nerds brings back some good memories of the glorious PC computer past for all of us who had been a DR-DOS/MS-DOS and Windows 3.11 / 95 users.