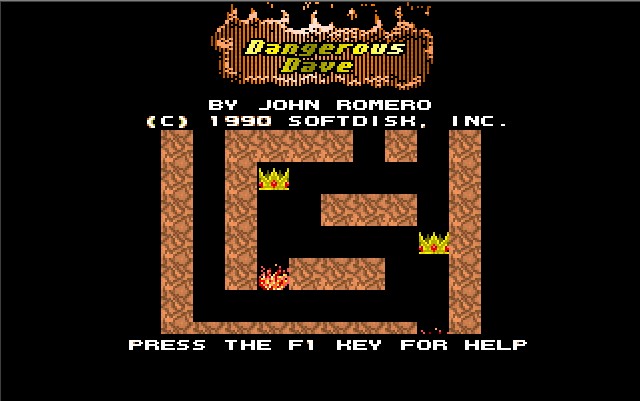 I still remember the good old times with my 16 Bit Desktop Personal Computer Parvetz 8086 CPU where one of the most favourite games I used to play a computer substitute for Mario for DOS operation system was Dangerous Dave 2 (DDAVE.EXE) an arcade game classic game from the distant year 1990 authored by a whiz kid which later become world famous Computer game Programmer John Romero mostly known for being a cofounder of Game creation comppany ID Software  which authored the 3D Shooter genesis classics such as Wolfenstein 3D, Spear of Destiny, DOOM I and DOOM II HeXen I / II, QUAKE I,  QUAKE II, QUAKE II as well as some absolute arcade classics as Commander Keen 4 🙂

There are similarities between Super Mario and Dangerous Dave as both have  the secret levels, the level design, the monsters, and the jump all around collecting cups with a final aim to end up in the level exit door.

The game was originally developed for Apple II and later reworked and ported to DOS and because of it is immerse popularity Dave 2, 3 and 4 come out short

The game is really awesome and worths all praise, I was nicely surprised to find out Dangerous Dave amazing game is available for Iphone 5, 5S and Iphone 6 right into Appstore

"Dave is a redneck on a rampage to reclaim his stolen trophies from the town bully, Clyde! Dangerous Dave is back in his classic adventure in the Deserted Pirate's Hideout. This recreation of the original 1990 DOS game is just as action-packed and difficult as the original! There are only 10 levels, but, wow, are they hard. " 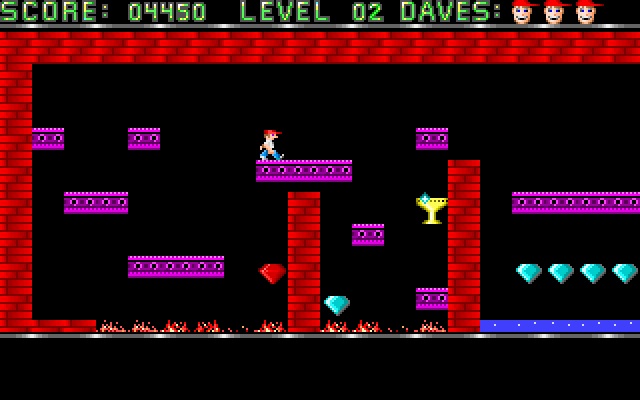 The iOS Dave port is pretty nice and updated version is also available which is possible to be chosen on Game entry screen so you either play classic mode or you play the Dave in the Deserted pirated hideout updated version and sound Dave remake, below is a screenshot of the updated GUI version: 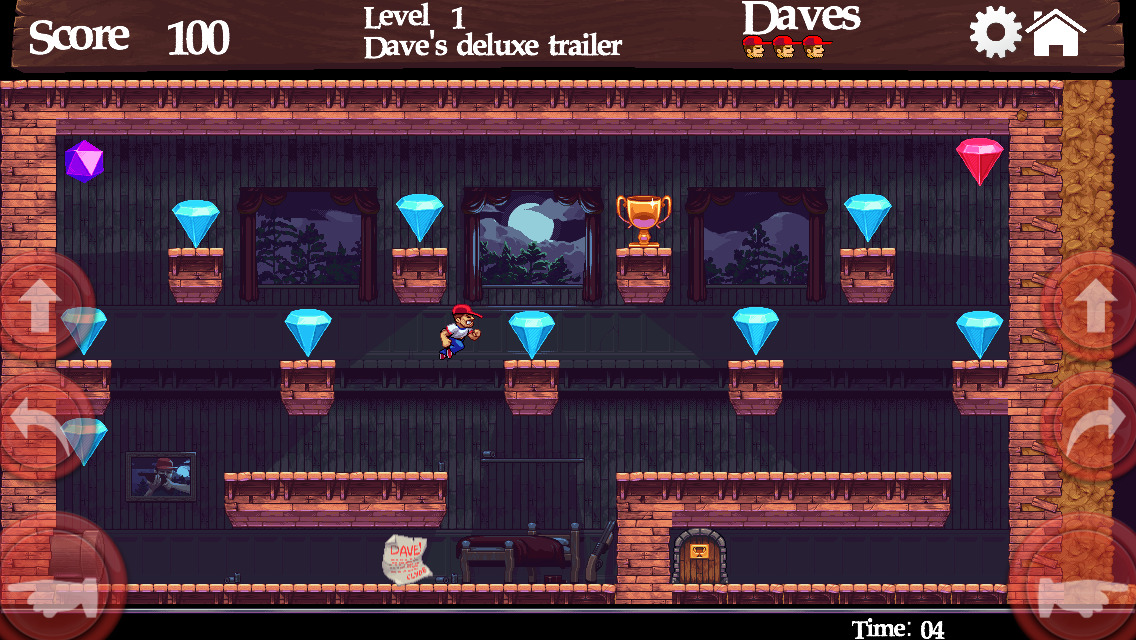 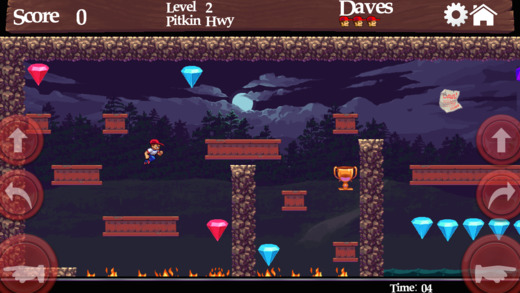 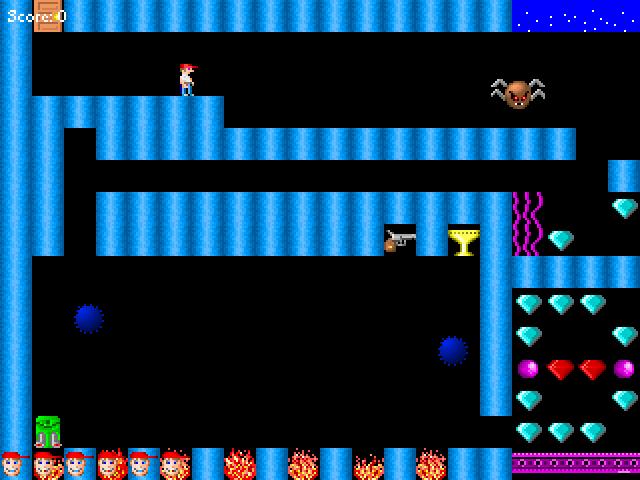 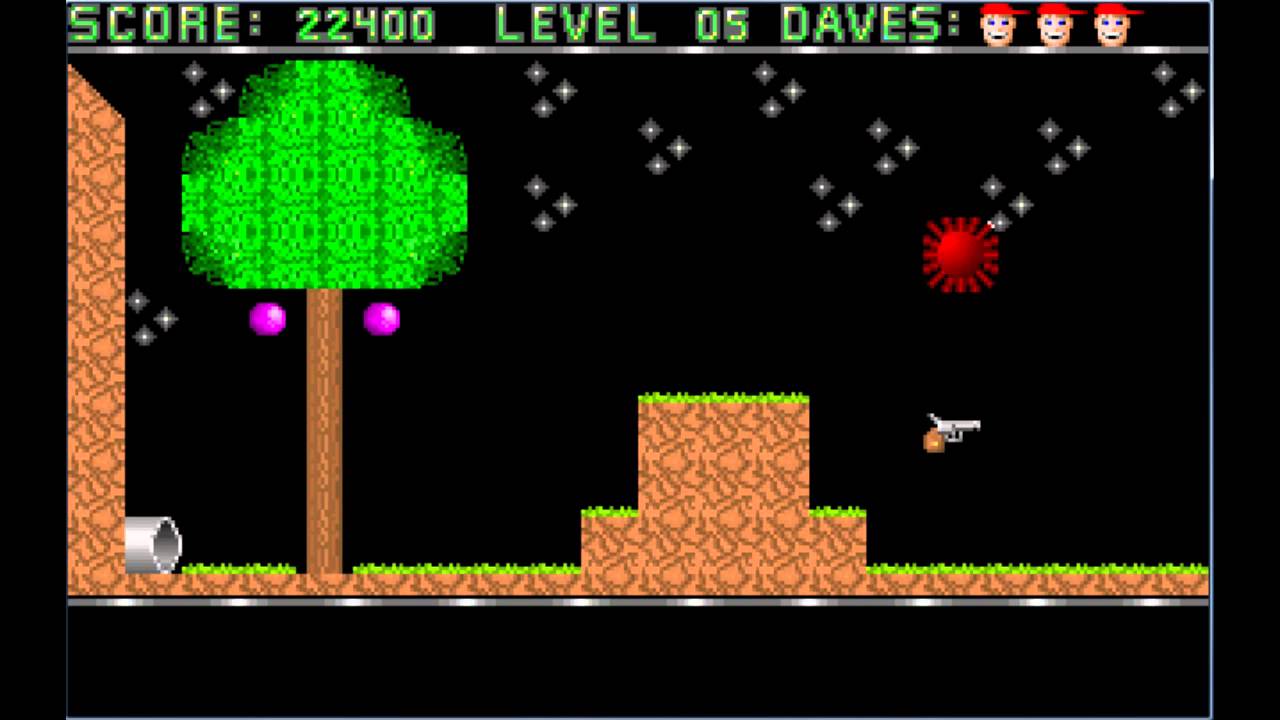 For those who prefer to play Dangerous Dave as a standalone desktop application as in the good old times on Windows 7 / 8, 8.1 and Windows 10 both on 32 and 64 bits platform you can download it (as of moment of writting article) from here

A mirrored version of Dangerous Dave for Windows 7/8/10 on pc-freak.net in case if it disappears in future check here.

Our generation people born in 1983-1986 who are now about 33 years old has grown up with this game and I'm pretty sure if you happen to be one of those people will truly enjoy to replay the quick 10 game levels and remind the fuzzy computer arcade games age when every growing kid like me was obsessed with the idea to play and complete as much as games possible with countless nights in front of the Green and Black screen and later on SVGA screensgeeking on and on loosing idea of time and space and being completely sunk by the game. 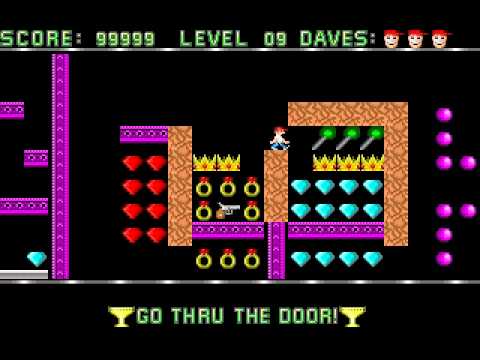