Trip to Ruen Monastery Saint John of Rila – The birthplace of a saint, a God piece of Heaven beauty on earth 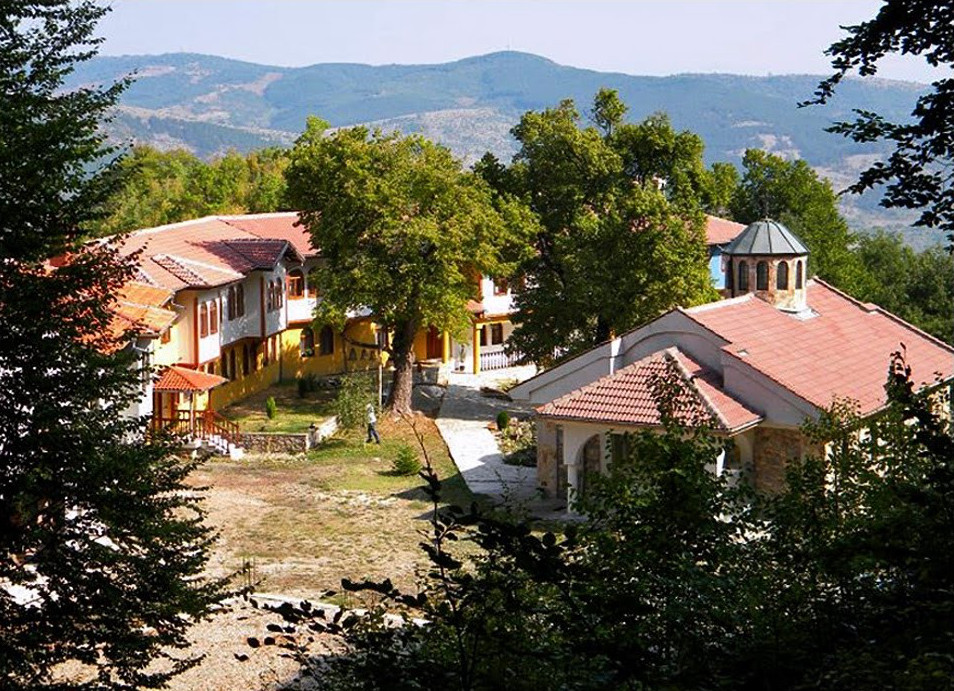 Last Saturday me and my wife Svetlana together with a Christian friend family (Tsvetomir and Dimitrina with their < 2 years old boy – Boris) went to a small 1 day pilgrimage trip to Ruen Monastery – (Ruenski manastery). The holy cloister is situated very near Skrino village, the birth village of greatest Bulgarian saint – saint John of Rila. The village is located about 90 km from Sofia and is very near to town of Boboshevo. To reach Ruen Monastery when coming from Sofia, the traveller has to move in direction of "Kulata / (The Tower)" and to pass the village of Djerman and Usoika. Then before entering the village of Skrino there is a 5 km steep car road leading to the monastery. 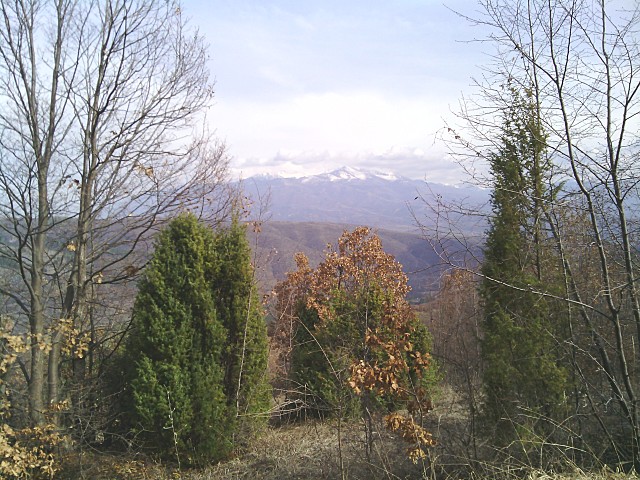 Saint John of Rila lived in Skrino until his twenties and due to Christian tradition he accepted monkhood in the nearby monastery next to Skrino and a bit later started a hermit life dwelling himself in his first hermit cave situated near Skrino. The Cave of hermit dwelling of Saint John of Rila is now situated about 200 meters from Ruen Monastery and represents a tiny cave encraved in a rock. The rock is so small that maximum of 2 people can be in cave together. It is amazing how a man could live in such a small space. 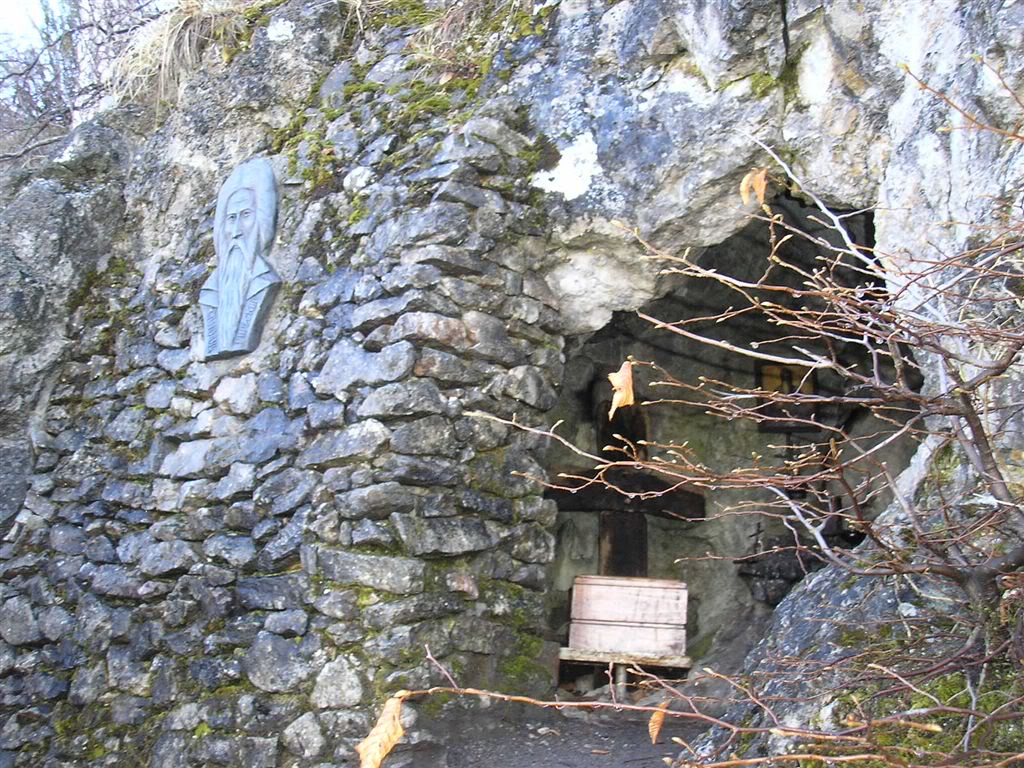 Current Ruen monastery Church is recently rebuild in 1995 and the rest of monastic buildings are completed in y. 2002, but according to history it is known a monastery was existent on same place known in medieval times under name "The Holy Father" in  XV century. 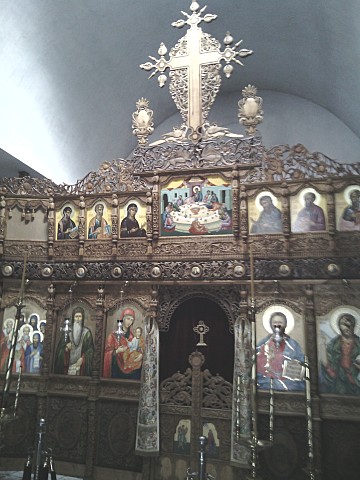 The nature view near monastery is breath taking .. On the road to it there is Struma river the monastery itself is situated in Vlahina mountain from it there is a sightview of part of Rila mountain. 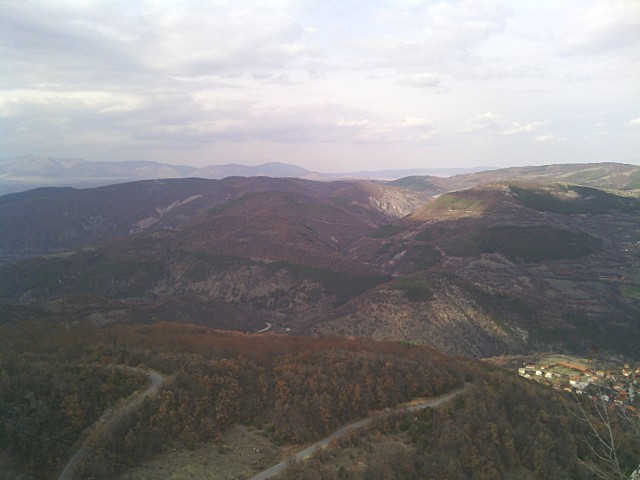 Near the monastery buildings there are two paths one leading to the Cave of Hermitage of Saint John of Rila and another one leading to a place with a Cross visible from throughout the region. 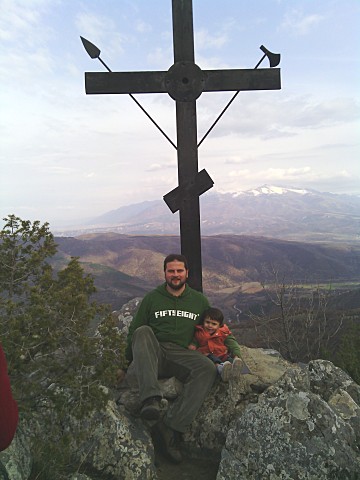 The monastery though being among the newest rebuilded ones in Bulgaria has already 3 saint holy relics, one of which is Holy relics from Saint George the Victorious. We had the blessings by God's grace to also meet RuenAbbot Father Ioan (John). We asked the father how many monks are inhabiting the monastery just to get the humorous answer that half of the inhabitants are present (meaning currently in the monastery there are only 2 monks). Fatehr John was evidently very young kindhearted  person  probably in his 30s. He was quite hospitable and invited us for tea and cookies in the small monastic dining room. We had quite a few spiritual talks and spoke on hardship of being a monk in nowadays confused world.

On our way back before entering Boboshevo we stopped to see and pray near an ancient Church from the 5th century consecrated under saint Theodor (Stratilat) – a Christian martyr saint from the 4th century who lived near Black Sea. 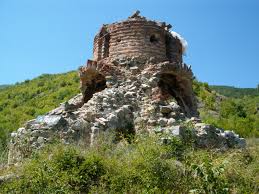 The Church is an unique Cultural monument as it contains wall patings probably dating back to at least 10th century or even earlier. 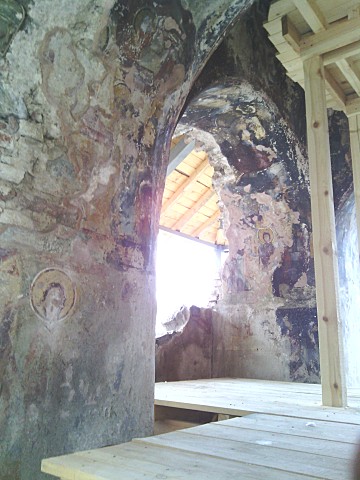