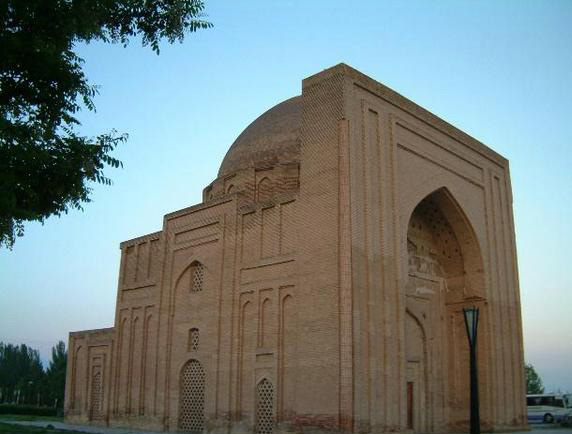 Christians and Jews, are quite aware of the glorious earthly living of Saint Elijah also known under the name (Elias).

In the Hebrew Bible (Old Testament) as a basis of our Christian scriptures as well as in our Christian faith, St. Elijah is one ofthe most honored saints lived on earth grounded in the same saints line the new testamental Saint John the Baptist and the old times God holy man Enoch

Both of the saints Elijah and Enoch are known to be the only God prophets who were taken to heaven alive. The two saints are well known to be referred in Both the Old Testament and The New Testament in the Holy Bible.

An interesting not well known fact about the name Elijah is the name meaning literally translated from Hebrew the name means “My God is Yahweh” or Jehovah as we know one of God’s names referred within the Holy Bible.
In the Qu’ran as a later book compared to Old Testament (Hebrew Bible) and The Holy Bible we Christians have.

It appears there are two references in the Holy Quran referring to the Old Testament Holy man Elias this are the verses number “37:123â€“132” and “6:85”

The two verses as directly translated from Arabic to English says the following:

Elijah too was one of the Envoys;
When he said to his people, 'Will you not be Godfearing?
Do you call on Baal, and abandon the Best of creators?
God, your Lord, and the Lord of your fathers, the ancients?'
But they cried him lies;
so they will be among the arraigned, except for God's sincere servants.
And We left for him among the later folk.
'Peace be upon Elijah!'
Even so we recompense the good-doers;
he was among Our believing servants.

And Zechariah and John and Jesus and Elijah, all in the ranks of the righteous.

As we see in the Qu’ran Eliajah is considered a high estate prophet in a similar fashion as we honour him as a great Saint in Christianity.
We see the quick reference to the Holy Bible chapter 1st and 2nd Kings , however the verses doesn’t gave us a good account on who Elijah was.

As many muslims consider the Old Testament from the Holy Bible as one of their Holy Books along with some muslims considering the New Testament though under a very wild Islamic interpretation, St. Elijah has a reference in Islamic seems to appear in Islamic faith under a lot of “hoods”.
Therefore Islamic interpretation on the Prophet living and deeds are varying quite wildly.
There are plenty of places in Turkey as well as in the Arabic World and even the Balkans that are said as a sacral places where it’s beeing said the prophet has abode or has done a numeous miracles like for instance under his will some miraculously healing water has emerged and all kind of mystic stuff alike.
This kind of legends being spread along muslims are quite known and mostly derive from (heterodox) muslim (Sufi’s – see Sufism for a refence) tradition.

Most of the Holy places indicated by the Islamic Heterodox beliefs as a place where the saint is said to have either appeared, did miracles, lived or appeared are the so called (Tekkes) see my post referring about my going to one of the Tekkes here in Bulgaria in Obrotishte

It’s an interesting fact that the Islamic understanding of the Prophet and the thousand places around the world that are said the prophet has appeared at most cases used to be a holy places for local Christians or used to contain a Church, a chapel, or some hermit saint that used to inhabit the place during his earhly life time.

This kind of Christian gathering places were often places with a name under our Christian Orthodox Saint – St. Nicholas

It’s rather strange that the islamic Sufi cults somehow mistakenly identified St. Nicholas (the wondermaker) with St. Elijah, therefore from a Christian Monasteries or a Church (ecclesias) at a certain time of Christian desolation on that places the past Christian Holy places has slowly become a places to be honoured by the muslims.
Often from a Prophet islamic saint Elijah has been known to be a BABA (most probably this word derives it’s meaning from the Christian ABBAs [ Fathers ] which are considered the first Christian hermits and saints who lived in the time interval of 1st to 5th or 6th century after A.D.

Therefore in a similar manner that we Christians ask the saints to have a prayer intercession to our saints, muslims go to venerate the BABA Prophet Elijah and believe whatever they ask him he will do for them.

Even in this days it’s a common thing here in Bulgaria that the veneration to the Elijah BABA turns to be a festival, where people gather to a spring that is believed to be miraculous or to a local Tekke and start looking Prophet Elijah’s protection or blessing.

The things with Islam especially with a Heterodox one (which means non main stream) Islam are quite entangled, therein myths and legends from various faiths has been implicated in a real odd manner and a various cult believes has emerged.

Since many of Islam practicing people this days are not quite religion literate they tend to believe everything they hear, same thing is also quite true for other faiths like Christian.
In Turkey situation is a bit better since all the Tekkes (Khanqh) in Turkey were prohibited from the first Turkish president Mustafa Kemal Ataturk

However in many other places where muslim population is present like in the balkanies things are quite chaotic, many Tekkes still exist until very day.
Almost each one of the Khanqah’s is belied to have a burried body of a BABA or a saint most commonly, saying that it’s St. Elijah’s body buried there.

Thus believing muslims often go to this sacral places which used to be in between the 16th to the 18th century a sacral places for Sufists.

Sufists used the Tekkes to have their religious believes and ritual practices.
For more about Sufism check out here
There is plenty much I can say about the cults that emerged in almost inexplainable way to Elijah the Tekkes sufism and the Heterodox Islam inverted faith beliefs, however I think I’ve said the most essential.
If somebody has a special interest on the topic I guess he can read plenty of information online and get a good idea of the many cults to the Prophet Elijah and the other baba’s (Saints) thought to be Allah’s servants in Islam.

Tags: Cults to Saint Elijah in Heterodox Islam and their relation to Hebrew faith and Christianity
Posted in Christianity, Various | 6 Comments »