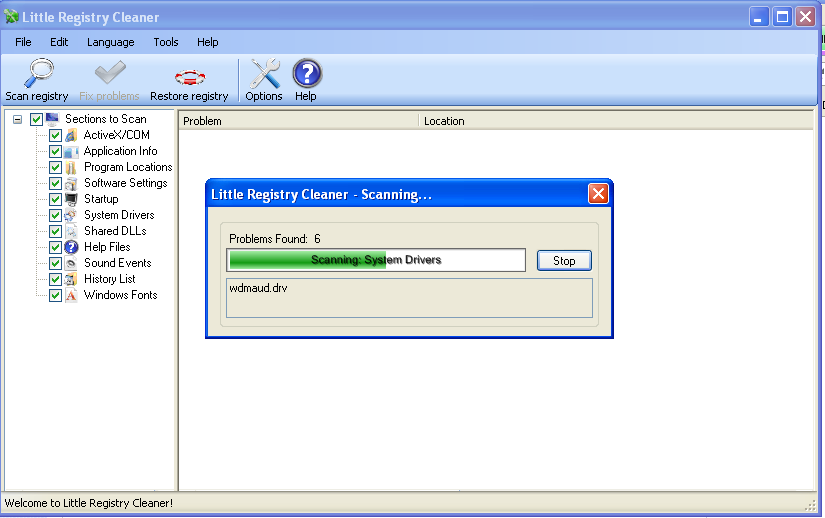 Have you ever wondered, if there is a free (open source) software that could fix Windows XP registry irregularities e.g. (obsolete or unwanted items that build up in the registry over time.)?

I did not either until now, however when I had to fix, few Windows XP computers which was not maintained for a long time fixing the Windows registry was necessery to make the sluggerish computers improve their overall stability and performance.

The reasons of the slowness in computers who run for a long time by users who does not have a "computer culture" are obvious.
Windows programs which has incorrectly placed registry records withint the Windows registry database, Programs which on Uninstall / Removal left behind a lot of registry records just to hang around because of impotent (coders), or records created on purpose on program uninstall to intentionally further track the user behavior etc.
Other reasons why Windows registry gots bloated with time, are due to Malware or polymorphic Viruses which load them selves everytime on Windows load using some obscure registry records.

Though I'm not a big proprietary software lover still my job as a system administrator , enforces me to fix some broken Windowses.
I haven't fixed Windows machines for a long time, so my memories on programs that clean up registry are from my young years.

The software, I've used before to fix Windows 2000 / XP Registry was:

From my current perspective of a free software hobbyist / evangelist it was important for me to clean up the Windows PCs with a program that is Free or Open Source Software.
When I'm asked to fix some Windows computer I always do my best to make most of the programs that roll on the PC to be FOSS.

Using FOSS instead of downloading from torrents, some cracked software has multiple benefits.

1. Usually Free Software is more stable and more robust2. FOSS software for Windows usually does not come with Malware / Spyware as many of the cracked proprietary software

3. Free and Open Source Programs are simplistic in interface and way of use

A bit of research if there is a Free (Open Source) Software immediately lead me to a program called Little Registry Cleaner
You can see a screenshot of the program in the beginning of the article, the program is very easy to install and use and uses some .NET framework classes so right before installing it installs .NET library (code).

The use results of Little Registry Cleaner were amazing. Even though it is a free software the program found and fixed more registry problems than its competitor Windows Registry Booster! 😉