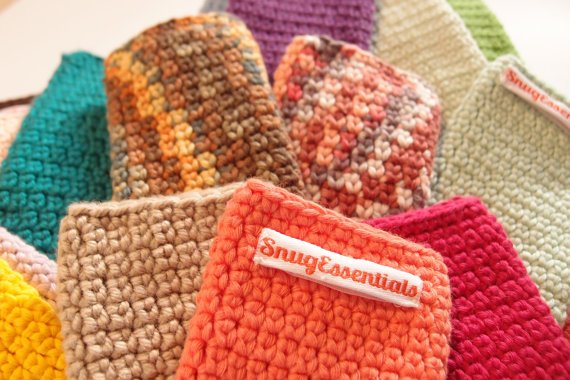 While reading one of my daily tech news websites today I stimbled on very unusual news and a business idea, worthy to re-blog 😉 The idea of the new Innovative business is just genious and simple as that – knitted digital equipment cases. There are plenty of old ladies in Bulgaria who are used to knitting sweaters, hats and all kind of hand made winter clothes. Knitting was among the must have skills for ladies in Bulgaria until some years time even my grandmother when a bit younger used to knit in most of her free time. Thus most of grandmothers in Bulgaria still when get old and have a lot of free time, kill their time with the craft they learned as young. For the young European people who probably never heard of it knitting is unique kind of manufacture for producing winter clothes from yarn. 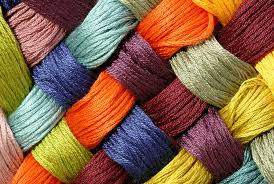 Knitting was a top ladies craft before the boom of industrial manufacture before 19th century industrial revolution, nowadays its almost a forgotten craft. Now some genious people in Bulgaria decided to give work to this old ladies and pay them for knitting computer and mobile equipment cases (cases for Tablets, Smartphones, Notebooks etc.) Knitting of mobile equipment cases opens new work places and introduces new way for old people to earn some extra income, such extra income is absolutely necessary in Bulgaria nowdays as most old ladies receive ridiculous pension of 120 to 150 EUR per month (money insufficient to pay expensive winter heating bills and so expensive food that is nowdays in Bulgaria). 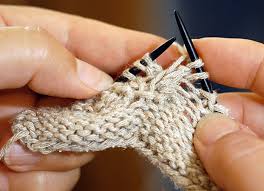 The company who invented this new business and introduced it for the masses is Snug Essentials and is started by enthusiastic young people who had grandmothers practicing the old craft. The innovative product is distributed via Etsy Global Platform for distributing hand crafted goods as well as in   Facebook, Twitter and Ebay. As of time of writting the companyis extremely small 6 old grandmas work on producing the knitted cases for digital equipment but the tendency is this to rise soon, as there are plenty of people who love the hand made cases.
The price of a case is also not too high, it costs only around 10$ per knitted case. Here are few nice knitted cases produced by grandmas 🙂 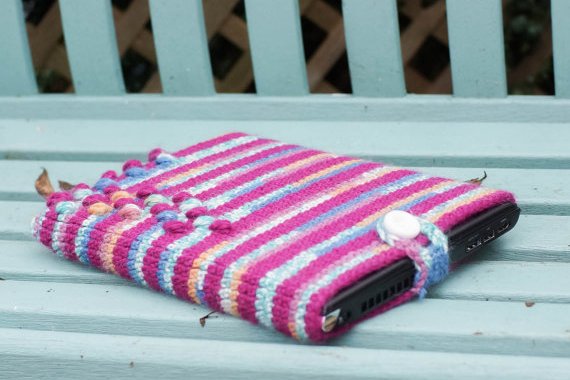 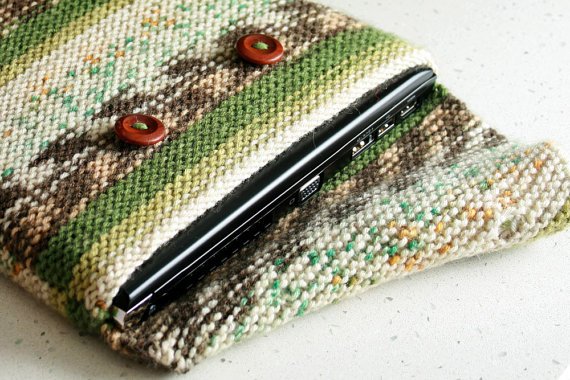 Improve your night sleep (Insomnia) on Linux with redshift

For a while I've been experiencing troubles with getting asleep. As I work in the field of IT already for 10 years and with time it seems the problem is accelerating. I've read on the internet a lot on the topic of getting asleep and how this relates to computers and computer equipment use and came to the conclusion one of the main reasons I have troubles getting asleep is I use computer late at night usually I use PC until 2, 3 o'clock. Then when I go to bed, I cannot fall asleep until its early in the morning usually 6, 7 in the morning. My main operating system on notebook is Linux so almost all of the time I use Linux. I've noticed when I occasionally use Windows, my eyes tend to be less strained afterwards and I sleep better. Thus I suspected there should be some kind of tool in Linux which changes how PC screen displays to make eyes more relaxed. I didn't have the time to research seriously and before some time the little research I've done on this led me to nothing. Just a week ago, I've read one of the articles in Linux Magazine (December) issue, there is a very thorough article in it on how to avoid headaches and eye strain using a tiny tool which changes monitor screen gamma called redshift. In this article will explain in short how to install and use redshift to make your PC work less stressful and improve your sleeping at night. I'm using Debian as a basis Linux distro and thre redshift is available via package, other deb derivatives Ubuntu, Xubuntu etc. aslo have it. For Fedora and most of other Linux distributions redshift is also available from default repositories. For those who use Slackware or some older Linux distributions, redshift has to be installed manually from source but this should be trivial.

To install on Debian and Ubuntu:

On Fedora install with yum:

After installed you will have two programs to tune the screen color temperature, one is console based ( redshift ) and the other one is GUI based ( gtk-redshift ).

redshift-gtk is a GUI frontend

Set color temperature of display according to time of day.

To set your screen to Reddish mode which will relax your eye strain and therefore – when you go to sleep you have a better sleep, type:

Other monitor red-color afternoon or night time gamma to relax your eyes is;

If you prefer automatically changing color gamma to reddish at night – will make your eyes (and hence organism) less alert set as a cronjob in lets say 22:00 o'clock at night;

4. Controlling manually between standard and reddish color gamma through gtk-redshift

For people who like to control and switch between color gamma using GNOME Applet run gtk-redshift like so:

Clicking on the icon of redshift the color gamma gets changed to red, another toggle reverses back to normal.

There is another tool called F.lux which does the same as redshift. F.lux precedes redshift, actually redshift author write it as attempt to create superior F.lux. Flux works on Windows and Mac OS X – so users who work at night on this platforms might want ot check it. I tried installing f.lux on my Debian Squeeze Linux but had troubles because of requirement for newer python-appindicator :

noah:/home/hipo# apt-get install fluxgui
Reading package lists... Done
Building dependency tree
Reading state information... Done
Some packages could not be installed. This may mean that you have
requested an impossible situation or if you are using the unstable
distribution that some required packages have not yet been created
or been moved out of Incoming.
The following information may help to resolve the situation:

The following packages have unmet dependencies:
fluxgui : Depends: python-appindicator (>= 0.0.19) but it is not installable
E: Broken packages

Probably with some tampering I can make f.lux work but I was lazy and since I already had redshift, I decided to quit and just be a happy redshift user.

SWITCH OFF your Mobile Phone and TV at night to save energy!!! 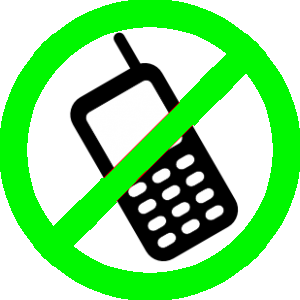 We’re constantly being said to reduce energy consupmtion, they sell us new bulbs to save energy, new TVs with energy saving. The newer the computer equipment microwaves or whatever home electrical equipment we buy the more it is said to be saving energy.

So far so good it is true we can reduce energy consumption by producing gadgets which consume less. However there are also another approach to the “green problem” which we never are said about.

It is rather simply instead of saving energy on technology base, we can save energy on physical base. One simple thing to do to save energy with no need to spend money on latest advacement gadgets is to simply make it the old school way.

If you’re about to go to sleep, you can simply switch off the mobile and use a mechanical clock to wake you up on the morning, this way you have 3 benefits.

1; Less energy will be discharged by the mobile in the time you’re not awake, so you don’t need to charge so frequently the battery and therefore you will draw less energy from the Electrical network hence saving energy.

2; You will not be radiated with a bit less radiation produced by the Mobile phone in order to stay connected to the GSM local located cell.

Though the good this does will not be dramatical it for sure will be better for your health than if the mobile is switched on the whole night.

3; You will not be awakened in morning by some crazy person who just decided to call you early in the morning.
Often this morning unexpected and desired phone calls make you jump off the bed rapidly and hence giving a large dose of stress to your organizm.

-=- Of course switching off the mobile has some disadvantages if you can receive a crucial phone calls during all time of day or night you can’t afford to simply switch off the mobile, this is however not true for most people who work in an OFF-ICE.People working in offices can simply wake up at a scheduled time, get a shower do their morning hygiene and jump to a car or bus to the office so the need for having the mobile switched ON at night is not really needed.

Of course thinking in the same direction, it is logical that switching off the computer earlier when not needed, the wireless home router or the TV is another place from where a huge energy savings can be achieved.

If large amount of people re-learn their energy in-efficient habits to be more energy cautios a HUGE amounts of energy can be saved. This of course can have a positive impact on the monthly energy bills and hence can save you money in monthly expenses.

The TV is surely another big energy draining source, many people have the habit to sleep with a Television switched on. Besides this has a negative impact on the conscious since vast amounts of information are being stored and processed by the conscious and unconscious mind, also the lights emitted from the TV screen prevents the persons body to not have a pieceful rest.

Its rather stupid that companies are constantly ranting on how they improve their products to be energy friendly but they don’t invest even a penny to educate the masses that energy saving does not only depend on how good the technology is produced to save energy but also on how much the people are educated how to use the technology with energy saving in mind.Probably there are plenty of other ways a households can change their habits to save energy. I’ll be glad to hear some other suggestions ,,,