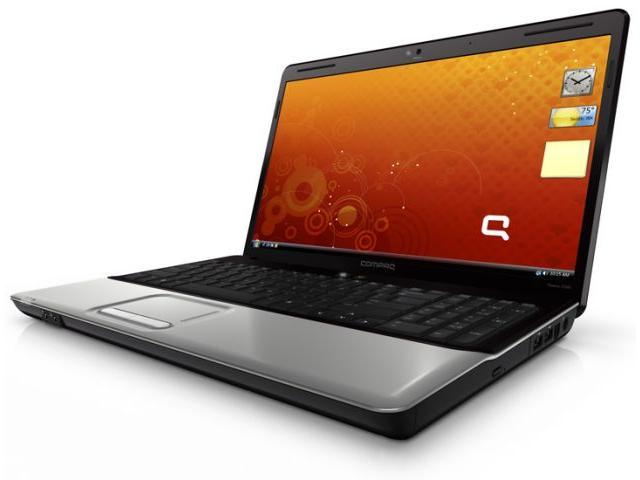 I had to fix one Notebook Compaq CQ71-330ED which was failing connecting to a home Wireless Router. The notebook was running 64 Bit Windows 7 installed from scratch just few weeks ago. The PC could connect normally via a LAN cable to the Internet, but can't connect to the Wireless Router. I thought the issue might be due to the Wireless Router, thus checked with my laptop if I can connect to the WPA2 network with the pass key. Being able to connect from my own PC make it clear the problem is somewhere in Windows 7 (most likely the drivers). I checked in

to make sure the Wireless drivers were appearing as properly installed, there all seemed fine, Wireless was detected as:

I tried playing with Wireless settings from

stopped Wireless Power Saving, as I know with some wireless devices it creates problems. Also tried settings the default wireless network support from A B G N to A B G. I tried playing with changing the Workgroup name to WORKGROUP., Disabling / Enabling the Wireless Network, checking if settings for IP obtain for IPv4 are not messed up etc., but all seemed okay and still the PC weirdly was unable to connect to Wi-fi network.

I suspected, the drivers though reporting as properly installed and working with the Wi-Fi card are the point of failure. So removed driver for Wireless card and tried re-installing.

As the model of laptop was COMPAQ Presario CQ71-330ED, I looked for this model driver, but again strangely CQ71-330ED was not among the Presario models on www.hp.com drivers section.

I improvised and dfecided to download 64 bit Wi-Fi drivers for the model which seemed to be closest to CQ71-330ED – Compaq Presario CQ71-120ED.

A mirror of Wireless driver that worked for me . After installing the driver the Wireless was detected as: