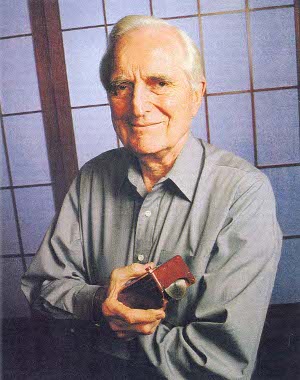 One of most influential persons on Computing Douglas Engelbart passed away silently at age of 88 on 03 of July 2013. He worked at times where computing was in its dawn in late '60s . He become the Inventor of Computer Mouse Interface and played key role in developing much of the modern PC interface and his work on human – computer interaction. 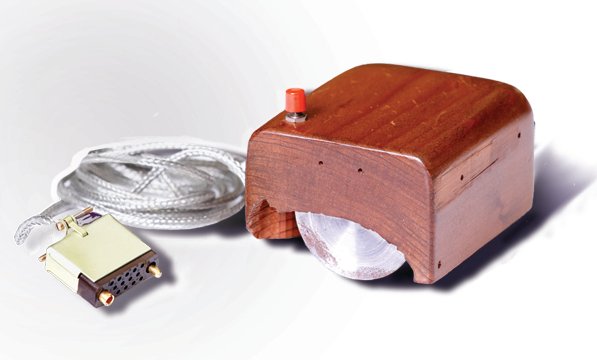 Many of his research led indirectly to developing later a number of nowadays standard technologies such as Networking as we know it, The Hypertext Transmission (HTTP) and many of Modern graphical computer interface

I believe every IT should understand the significance of his works and should keep his name in short names along with Denis Ritchie who passed away last year, Ken Thompson and Johh McCarthy – also died last year . All of this people, indirectly changed our modern world by their genius inventions. Of course it is doubtful whether their scientific contribution doesn't make our life more miserable as half of people on earth today spend about 5 to 8 hours in front of some kind of computer or mobile computer screen (be it notebook, pad or smartphone mobile) …

One of first Douglas Engelbart famous works is "Augmenting Human Intellect: A Concept Framework" (1962). His had so much interesting idea and new information that it led to development of Augmentation Research Center (ARC).
Engelbart worked on things like bitmapped screens, collaborative tools and precursor of graphical user interface.
In 1967 he filed a patent for a primitive version of the Computer Mouse, the mouse was patented and later licensed to Apple for only 40000$ ! 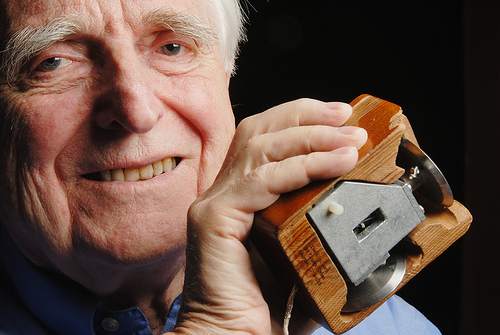 After WWII Douglas studied electrical enginering at University of Califormania (Berkley) gruduated with Master in 1953 and later in 1955 earned a PhD. During studying in Berkley he get involved in construction of California Digital Computer Project. After his graduation he served as a professor in Berkley

He enrolled in graduate school in electrical engineering at University of California, Berkeley, graduating with an Master of Science degree in 1953, and a Ph.D. in 1955.[9] As a graduate student at Berkeley he assisted in the construction of the California Digital Computer project

An important paper that severely influenced Engelbart's ideas is As We May Think – by VANNEVAR BUSH In 2005 Engelbart received a National Science Foundation grant to fund the open source HyperScope project.
Douglas Engelbart has been honored with multiple awards including National Medal of Technology by Bill Clinton in y. 2000. He is fellow of Computer History Museum, he has been active as IT innovator until the very late time in his life, one of his last written works is Boosting our Collective IQs from 1995. In personal plan he was married for Ballard (who died in 1997), from her he had 4 kids – Gerda, Diana, Christina and Norman. One of most unusual things for him is his second marriage in 2008 in age of 83! He left behind himself 9 grandchildren 🙂 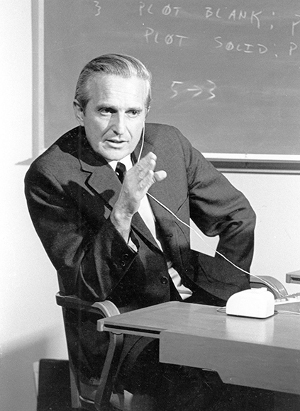 Douglas is mostly famous in hacker culture for his demonstration of experimental computer technologies that are now commonplace in December 9, 1968 widely known as "The Mother of All Demos". Below is a Video capture of whole presentation, I believe every IT geek, hacker or just a computer involved person should watch it. One can see that this presentation later led to development of many of modern concepts in Computer Science used this very day including so popular nowadays FrameWork Programming

The Mother of All Demos, visual presentation of Experimental Computer Technology presented by Douglas Engelbart (1968)