Happy 2012 New Year . Wish to everyone best of luck, good health and best of success in the new upcoming year!
There is few customs, which are very typical for Bulgarian Christmas and New Year.
As I'm so keen on tradition and I'm sure many non-bulgarians are not aware of the Bulgarian custom, I'll try to name few of them and shed some light for foreigners who are about to celebrate the Christmas or New year eve in Bulgaria.

One is the back (spine) tapping, done by youngsters to elders with a stick made of cornel-tree and decorated in a very special beautiful way.

Here is how the stick the youngsters use to wish happy new year in a traditional bulgarian custom way. 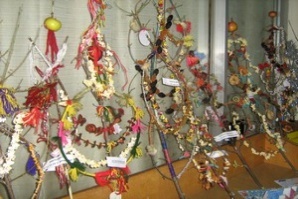 The back tapping to the elder is accompanied by famous words in Bulgarian saying:

Healthy (Complete), Healthy Year!
Red Apple in a Garden,
Large grapes in the vineyeard,
Yellow corn in the field,
full house with children!
Living-healthy until next year
in these year until the next one.

Actually this New Yearly wishings had different minor text variations in different regions of Bulgaria, but the main meaning is anyhow preserved. 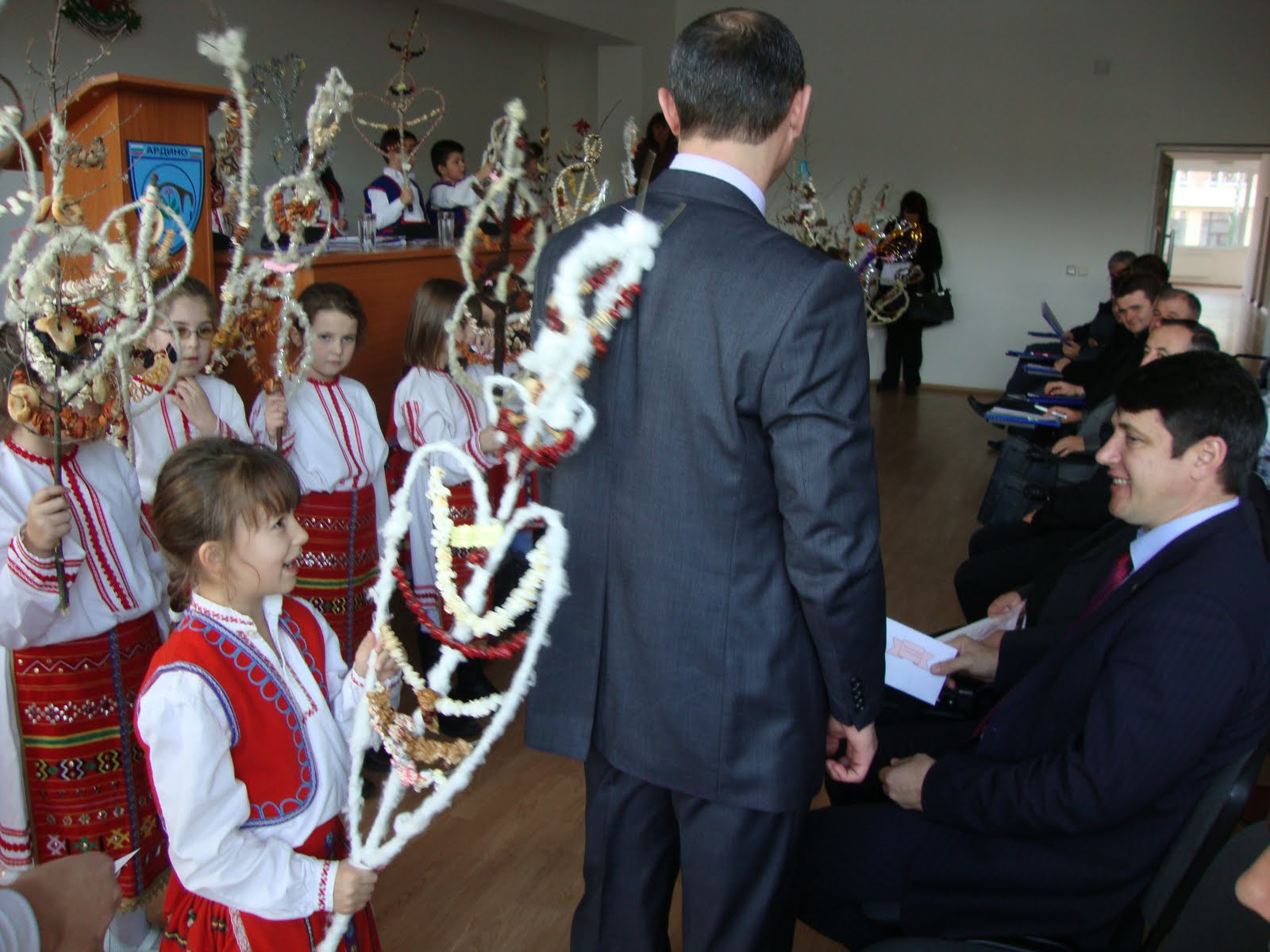 You can see how simple and the same time meaningful those wishings are. They accent to the main things which were important for our forefathers. The things on which the yearly daily life depends.

Here is a video of some children in the kinder garden reciting the Surva, Surva wishing holding Survaknici

I've seen for the last 10 years these tradition as a consequence of the internationalization is starting to disappear. Now most of the times only in villages and some small regions these tradition is still practiced.
In cities gipsys are going in the early morning of the New Year morning and knocking on each apartment door offering a back tapping. Once they back tap you with Survaknica and wish you good things you're supposed to give them some food, candies and / or money 😉

Its also common that in the morning of the New Year a lot of folklore ensambles dance on the centers of cities and villages or sing Bulgarian folklore songs. 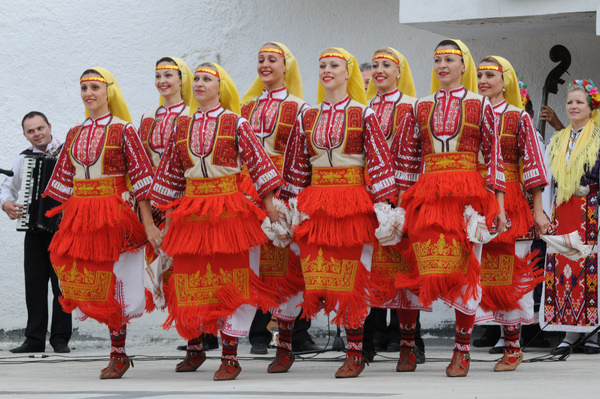 Some of the other things which are a kind of traditional on New Year is to go out on the city center and fire up some fires and dance some traditional dance we call Horo near the camping fire.