In the present age it’s really modern for companies to cut costs and increase a foodproduct durabity and endurance using addition of specially crafted chemical compontents.
Most of which are starting with E and followed by a number for example E328 .
Though this is generally profitable for companies and is prolonging the food durability it’smaking the food less nourishing and more harmful or even sometimes toxic for us humans.
A good friend of mine Necroleak or as earlier known Pro-XeX has created a nice J2MEapplication for mobiles that has a database of most groups of E food chemical additives and is able to tell youif a certain E type like E329 for instance is belonging to which chemical additive group.
This is quite handy especially when you go for grocery to the city market and you have to buy a can of milk or some type ofcanned food.
In the european Union as well as in America, New Zealand, Australia and Israel the E number of the additives are encountered on every non-biological food label.
Hence it’s really helpful when you launch the E-additives application whileyou’re selecting your food and check the food additives E E labelling and therefore know what type of chemical you might swallow while eating the purchased food.
This type of behaviour is really smart and could have a positive impact on your physical health in a long term and help you select a food which is less chemical contaminated.More about the ETATA / E-Additives can be read on it’s official page
Some of the benefits of E-Additives as an application that it is really multi-platform oriented and is supposed to run on most mobile phones which include the J2ME Java Virtual machine
I decided to try the e-additives mobile software on my Nokia 9300i and I have to share the program installed and runs on the mobile quite nice, though the J2ME included with Nokia 9300i is currently quite outdated.

Here are some pictures of e-additives running my Nokia 9300i mobile: 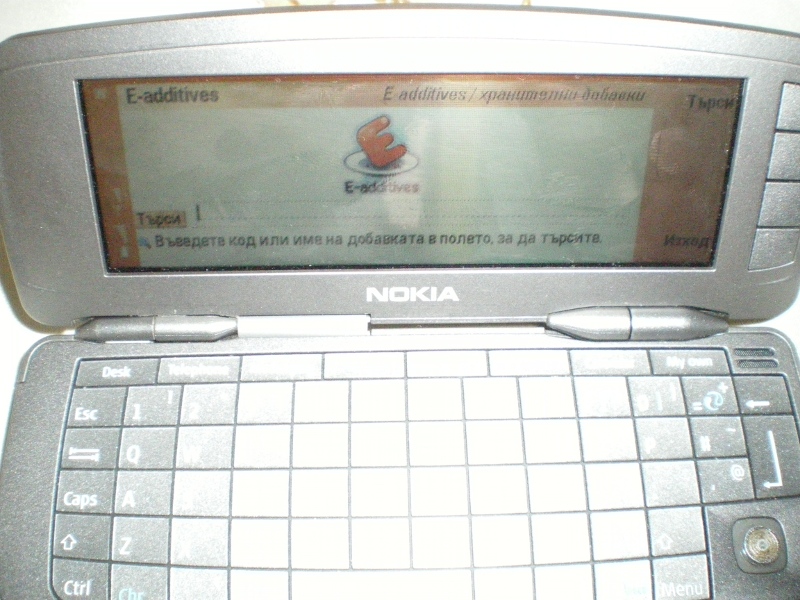 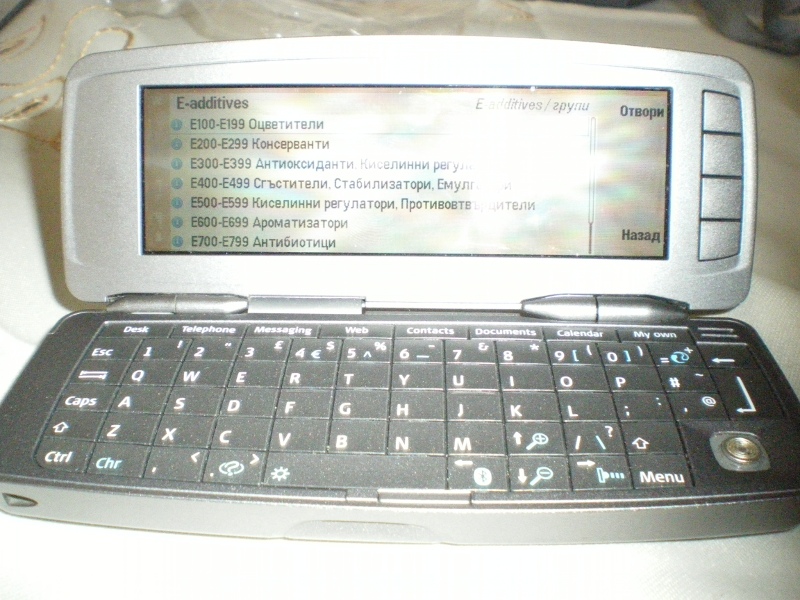 The only downside of th e-additives on my nokia is that some pictures shown on the e-additives website are not appearing on my phone.
However since I can search in E-additives – E database the application is performing it’s original intention through enabling me to check how actually contaminated with chemical additives (preservative food additions) are my daily meals.

Orthodox Christian Saints Incorruptable bodies, A Miracle proof of the truthfulness of Christianity

Reading Time: 3minutes
There is a miracle of incorruptable holy relics (Incorruptable Bodies) of many of our Orthodox Saints in the Orthodox Church.
Little or none is actually known in the non-orthodox christian realm about this great miracle proof of the truthfulness of our faith.

The incorruptability of saints has been a phenomena longly known to exist, some of the incorruptable bodies of saints are still preserved already for more than 10 centuries.

The phenomenon of incorruptable bodies is a sure sign for saintship in the Church. There are dozens of orthodox christian saints whose bodies are still intact.
Our Orthodox Church teaches that the incorruptability of the saints body is given by God’s grace for all us the believers as a confirmation of the Resurrection of the Dead, which is about to come in the Great day of the Lord as the scriptures teaches.

A good example for incorruptable body which exists for 10 centuries in the bulgarian lands are the incorruptable holy body of St. John of Rila.
St. John of Rila is the greatest known Bulgarian saint also officially recognized by the Bulgarian Orthodox Church as the patron saint of Bulgaria (protector of all Bulgaria).

In below’s videos I present you the antiphon of St. John of Rila:

Antiphon translated to English means (Song of Praise) dedicated to some Christian saint and is actually an Orthodox well-known Church term.

On that day all the pilgrims who are looking for St. John’s spiritual intercession in front of God (The Holy Trinity) are lined up to venerate the great God servant St. John of Rila.

Unfortunately there is no video that has video-taped the incorruptable body of Saint John of Rila. However there are plenty of videos which shows a lot of incorruptable bodies of saints some of which are even Roman Catholic.

Here is an example of a saints remains which is considered incorruptable, his body is preseved for more than 60 years without any special chemical threatment.

What is most important is many believers does receive a spiritual blessing or get healed from various spiritual or bodily diseases, when they look up for the holy intercession of the saint, who has been honoured by God with incorruptableness.

Before a saint’s body is recognized as a saint and his body as incorruptable, usually there are testimonials by christian layman for healings by his holy prayers during his earthly living.
Some of the saints which are found to have incorruptable bodies has happened after a few years they have been put in a normal earthly grave.
In holy mount athos there is a tradition that (if I remember correctly 5 years) after a monk’s death and burial, his grave is being digged out to collect his remains and put it in a ossuary.

After this 5 years some of the holy monks remains are found to possess this miraculous graceful incorruptable bodies.

As we know from Holy Bible, the body is the temple of the holy spirit my logical interpretation of some of the saint’s incrorruptability is rooted in there saint’s way of living as they have achieved the Holy Spirit (The Spirit of God) in an immeasurable quantities that, the Spirit of Truth that’s being flowing out from their incorruptable bodies is still sustaining the body and prevents the natural laws to destroy it.

The bodily incorruptabilities of our Orthodox saints is also a clear sign for the truthfulness of Orthodox Christian faith.
The incorruptability is also a direct violation of the natural laws by God’s great providence and mercy and I guess is given as a stimulator of us whose faith in our saviour Jesus Christ and in God the Holy Trinity – The Father, The Son and The Holy Spirit, to whom be glory now and forever and ever Amen!