Happy New Church Year ! – The Eastern Orthodox Church Year celebrated every 1st of September and some history on the Indiction

On first of September every year the Holy Eastern Orthodox Church to which I belong is celebrating the beginning of a new Church Calendar feast year.

It is a common practice here in Bulgaria (as we are one of the 14 Eastern Orthodox Churches worldwide) it is a tradition to serve holy liturgies across the country and prayers are lifted to heaven for the well being of the Bulgarian nation and the world.

In the past the beginning of the new year was called also the beginning of the indiction.
In the VI-th century at the time of Emperor Justinian The Great in Byzantine Empire was introduce the Cyclical Calendar based calculation of days (based on indictions ) – this is delivered from latin word indictio (meaning announcement).
Indictions were celebrated originally on a cyclical periods of 15 years when the а financial review of the properties (possessions) of citizens  that were taxated.

In the Latin Empire the word indictio has been used to mark the exact amount of taxes owed each year and in this is how with the beginning of the new indiction was beginning the new financial year of the empire according to some historians the origin of indictions system has been originating from Egypt.

The official byzantine calculation of indictions begun at the time of Saint Emperor Constantine on 1st of September year 312 A.D.
Historically it is interesting fact both in the Western and in the Eastern Latin empire March was another time marking a New Year …

On 1st of September in the Church it is accepted to read the Bible chapter where Jesus Christ red in the synagogue the prophecy of Isaiah (Is. 61:1-2) for the occurance of the favorable year of God. The Byzantines see in that reading a reference of the Lord for a celebration of a New Year.

In the Menologion of Basyl II from the 10th century it is said "From that time, he has granted to us the Christians this feast". 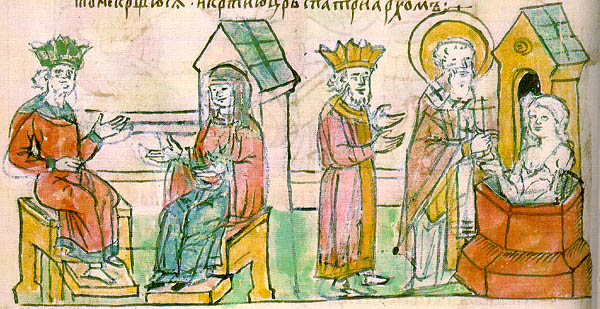 It is interesting fact that in Byzantium this Bible reading was red in the Church by the Patriarch in Hagia Sophia Church Cathedral or another Church where it was common for him to serve Holy Liturgy on that date.

In Russia even though the Baptismal and Christianization of the nation until 15th century the Church New year begun on 1st of March. This is evident from all medieval manuscripts including The most famous and among most ancient Russian manuscript written by the eminent Nestor so called Primary Manuscript (Primary Chronicle) also called Tale of Begone Years.

With an Emperor decree of King Peter the I-st (The Great) the new year in Russia is transferred to 1st of January. 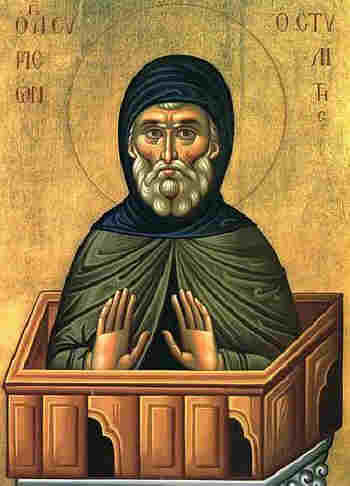 Our Bulgarian Orthodox Church by tradition according to the main Church service instructions book – the Typikon marks on the first day of the new year as a very important "tiny Lord feast" and has tradition to celebrate the memory of saint Simeon the Stylites who spend mostly all his life praying on a Stylite and was a notable ascet of the Orthodox Church.