Posts Tagged ‘Back from a nice tent camping on Krapets Beach’

Back from a nice tent camping on Krapets Beach

I’ve just returned from a nice camping night spend in Krapets beach if we don’t count the unjustified outburst because some irritation all went peaceful. Earlier on I’ve blogged about The nice July Morning spend on Krapets beach For a second time this year I have the blessing to come to this wild beach thanks to Cvetomir (Ceco) an orthodox Christian broter in Christ as well as a close friend.

The other friends that came with us was Stelio and Adriana.
I do recommend Krapets as a tourist destination to everybody who is commited to really have a good rest from daily stress as nowadays we experience in the cities.
Unfortunately we couldn’t much swim because of the heavy high waves, but even the black sea air has a body and soul healing effect on health.
I always feel myself charged with new energy to go on with the strained daily wife when I spend such a wonderful time on such an magnifient places with such a nice people.

On our way back from Krapets beach, we went through Spasovo village (Saviour’s) as it literal translation meaning from English says).
I just found out today that Spasovo appears to be one of the big villages in terms of population here in Bulgaria.
We sat to have a lunch in pub in the village.
We met there English couple family and took a conversation with them. It appeared that many English people and probably many westeners are crazy about Bulgaria and do feel it as a growing country and as a place where life is different and a way more interesting than England.
That was quite an interesting view for a English folks. It seems according to their story that paying bills in England and also the general normal life as we know it there is quite expensive even for English people.

They told us that a normal house in England costs like 30 000 to 40 000 pounds and this is a hell a lot of money to gather and that food expenses and taxes are really a killing ones there.

Anyways I’m gonna close the post with a picture view of Krapets just to give you an idea what to expect if you decide to visit it someday. 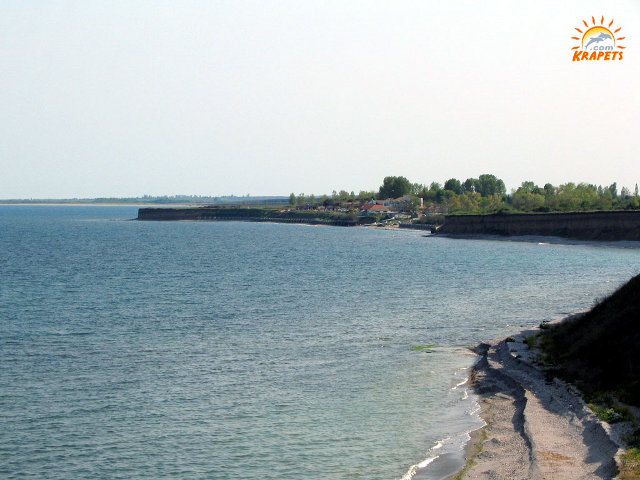 Tags: Back from a nice tent camping on Krapets Beach
Posted in Everyday Life, Various | No Comments »