Huge part of people professions nowadays includes being in front of PC Screen for almost a day. Staying on computer is addictive and even after job is done many people came back in front of the PC screen to play some games or just read something. Many might not know that this computer hanging is a costly thing as it slowly reflects negative our health and living balance. For geeky people who work in IT profession the threat is even bigger as we ITs tend to spend even more time in front of computers. The risk therefore for catching RSI (Repetitive Strain Injury), whether you have to deal with computers daily is very real.

For those who hear for RSI for first time, here is what it is as described in Wikipedia:

Repetitive strain injuries (RSIs) are "injuries to the musculoskeletal and nervous systems that may be caused by repetitive tasks, forceful exertions, vibrations, mechanical compression, or sustained or awkward positions"

For more on RSI check out Wikipedia Article here.

Thanksfully RSI is possible to reverse as well as prevent by giving regular breaks from computer screen on timely base and even can be configured to limit time you will spend on the PC.

Just recently I found out about existence of  Workrave – program which helps you in reminding, when you have to give breaks from computer and makes you limit yourself on how long you use the PC.

Workrave is available for both Windows and Linux OS.

To give it a try on Debian / Ubuntu Linux, install with usual:

Launch it by running:

or via GNOME menus:


Once launched Workrave applet appears right on in GNOME main panel. Below is screenshot of it.

Clicking on the sheep image, there are plenty of configuration menus from which to choose how Workrave will further behave. Its default behavior is quite agressive and suggests breaks too often so if you choose to follow default configuration you will quickly be bored and probably remove it from computer. Hence re-configuring Workrave to remind for breaks every one hour is a good timing in my opinion: 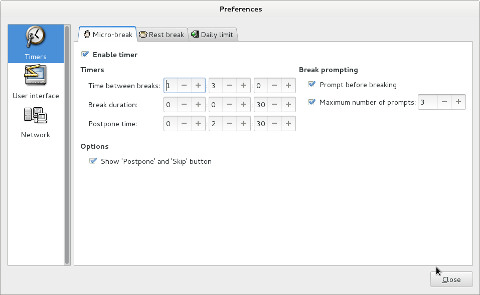 Workrave includes reminder with neck movement exercises, which if followed can severely de-stress and keep your neck healthy. 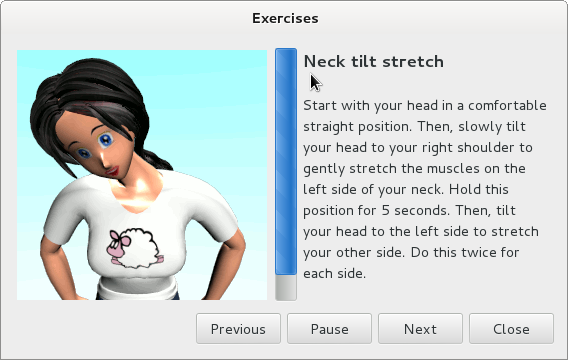 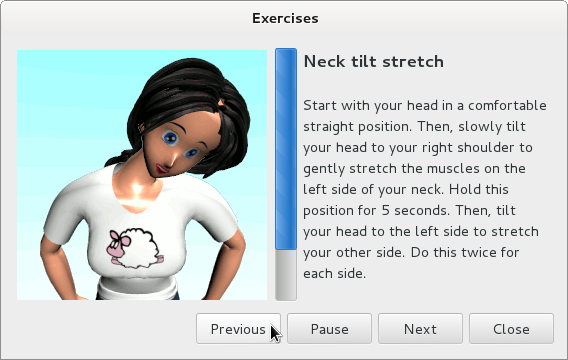 The program has even statistics on how much breaks you take, how long it was used and various other interesting info, below is screenshot from statistics window: 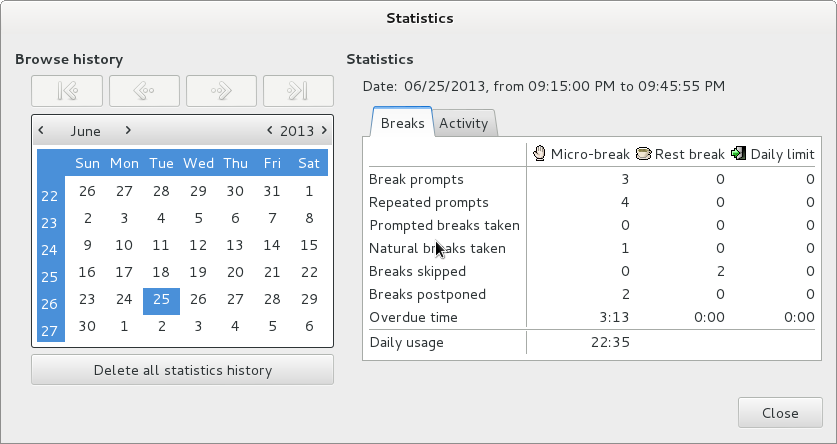