Something very unique, I stumbled on some time ago and worthy to mention and recommend for everyone to test is MenuetOS. Can you imagine, someone might write an operating system entirely from scratch in 32 / 64 bit Assemler? Idea sounds crazy and impossible but in fact developers of MenuetOS already achieved it! 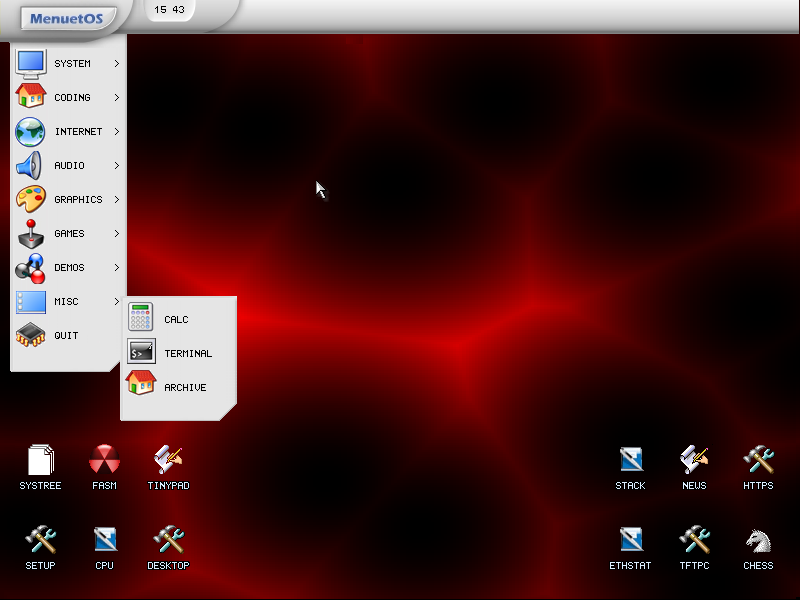 Normally every modern operating system nowadays is based on some kind of UNIX / Linux / or NT (Windows) technology or at least follows some kind of POSIX standartization.
The design goal of MenuetOS since the first release in year 2000, is to remove the extra layers between different parts of an OS. The more the layers more complicated the programming behind is and therefore this creates bugs more bugs. MenuetOS follows the idea of KISS model (Keep It Simple Stupid). Its amazing what people can write in pure asm programming!! 64 bit version of menuet is also backward compatible with 32 bit. MenuetOS supports mostly all any other modern OS does. Here is list of Supported Features:

MenuetOS has fully functional Graphic interface (environment). Though it is so simple it is much more fast (as written in assembler) and behaves more stable than other OS-es written in C/ C++.
Its bundled with a POP3 / Imap mail client soft 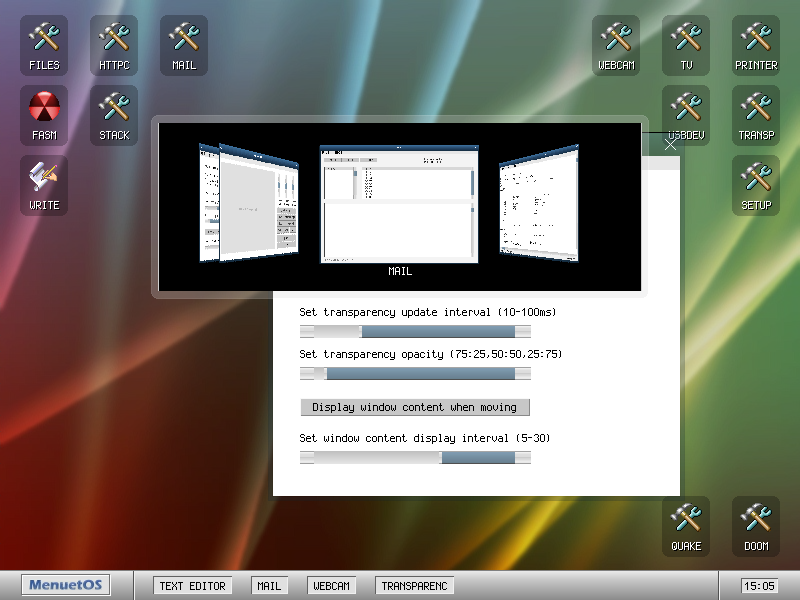 As of time even some major legendary Games like Doom,  Quake, Sokoban and Chess are ported to MenuetOS !!! 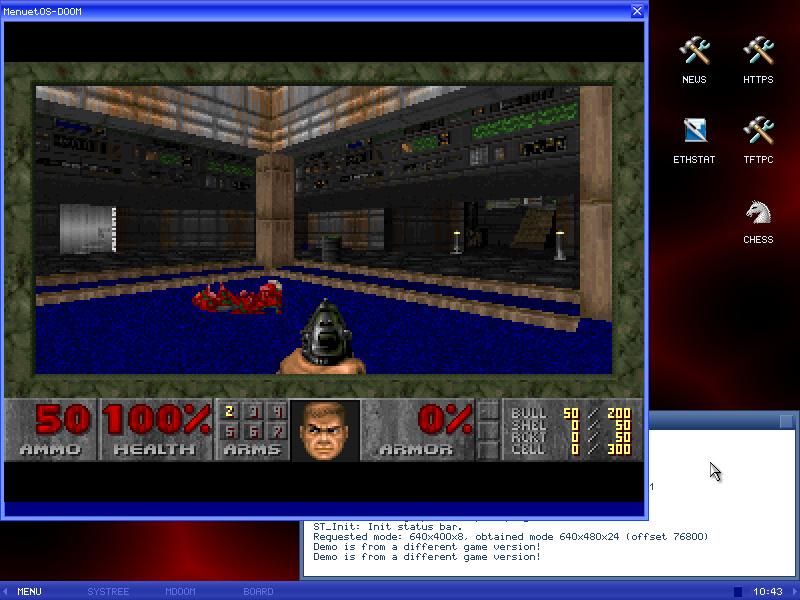 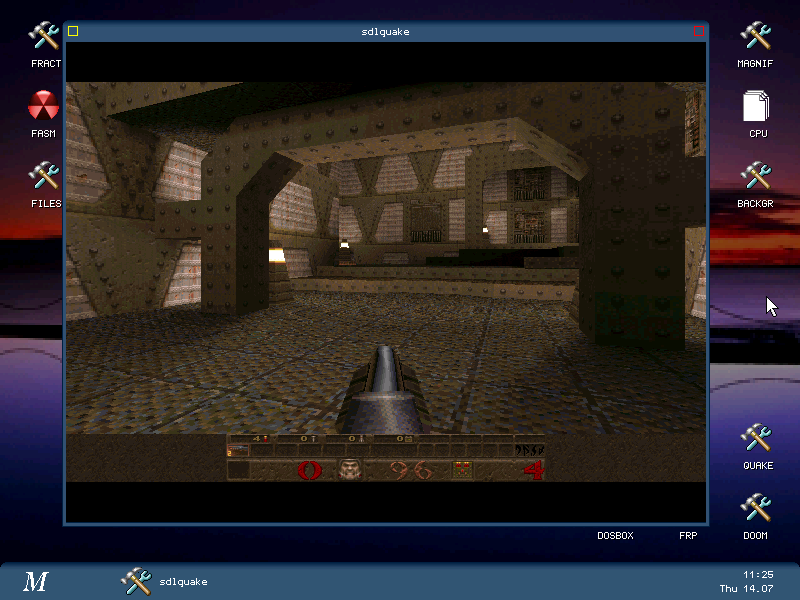 Quake I port on MenuetOS

Below are some more screenshots of Apps and stuff running 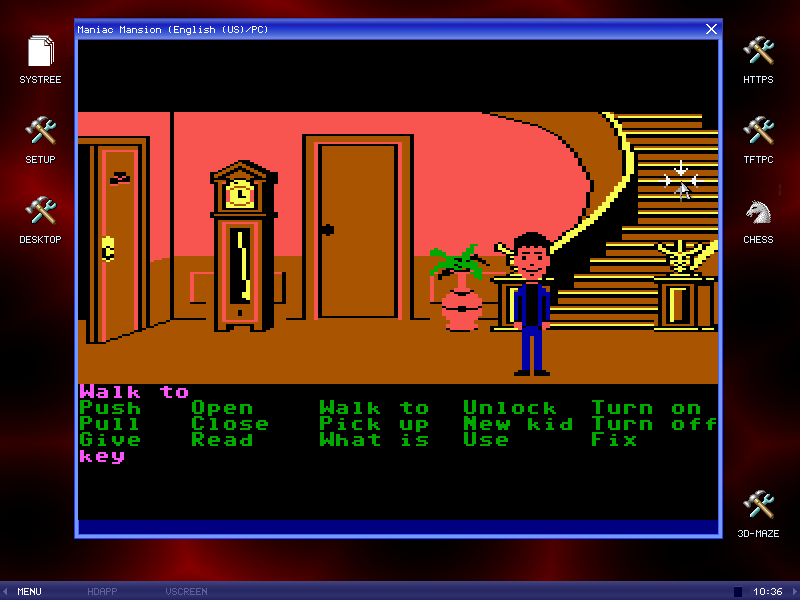 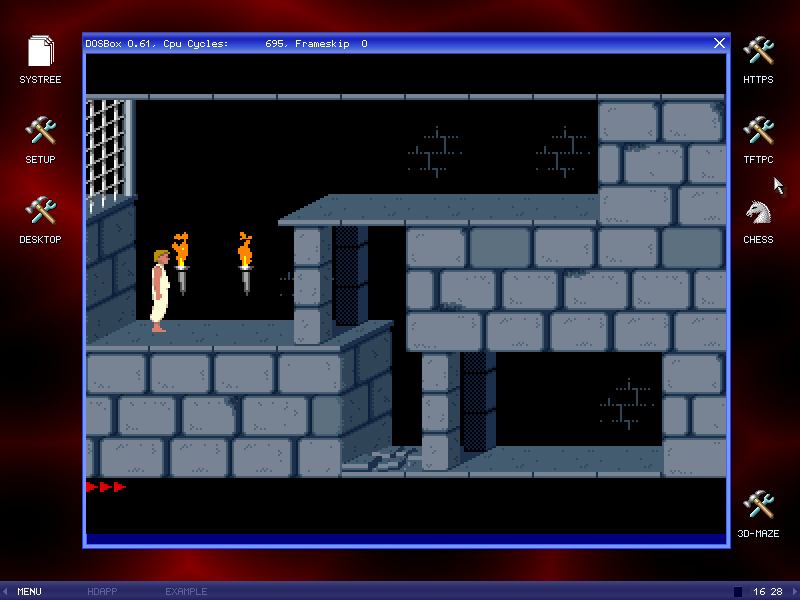 For those who like to program old school MenuetOS has BASIC compiler, C library (supports C programming), debuggers, Command Prompt.

It even supports Networking and has some  most popular network adapters drivers as well as has basic browsing support through HTTP application. 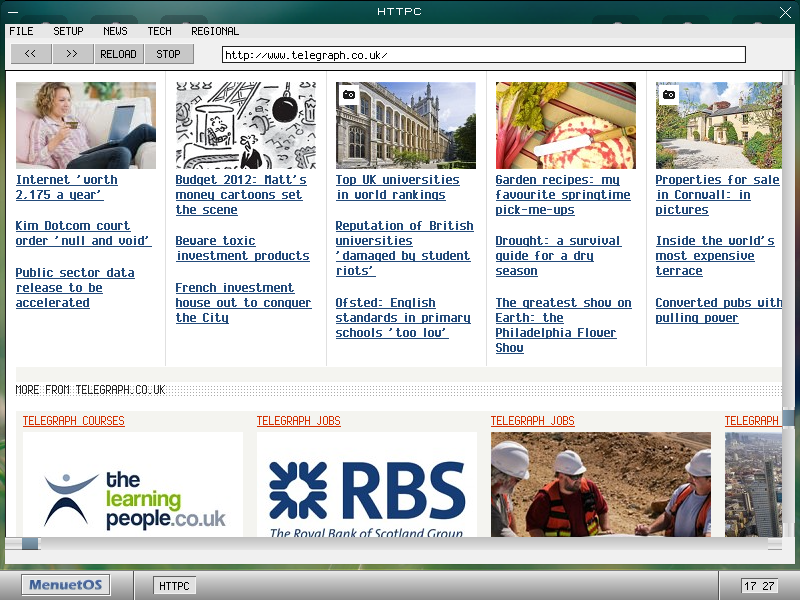 You can listen music with CD Player but no support for mp3 yet.
To give MenuetOS a try just like any other Live Linux distribution it has Bootable LiveCD version – you can download it from here
MenuetOS is a very good for people interested to learn good 32 bit and 64 bit Assembler Programming.
Enjoy this unique ASM true hacker OS 😉