How to mount LVM partition volume on Linux 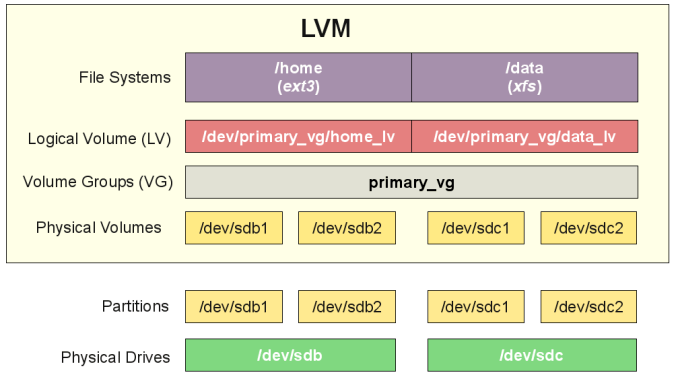 (LVM) = Logical Volume Manager is a device mapper offering logical volume management for the Linux kernel. Virtually all modern GNU / Linux distributions has support for it and using LVM is used among almost all Hosting Providers on (dedicated) backend physical and Virtual XEN / VMWare etc. servers because it provides the ability to merge a number of disks into virtual volumes (for example you have a number of SSD Hard Drives on a server that are under a separate /dev/sda1 /dev/sda2 /dev/sdb3 /dev/sdb4 etc. and you want all the HDDs to appear as a single file system this is managed by LinuxLVM. 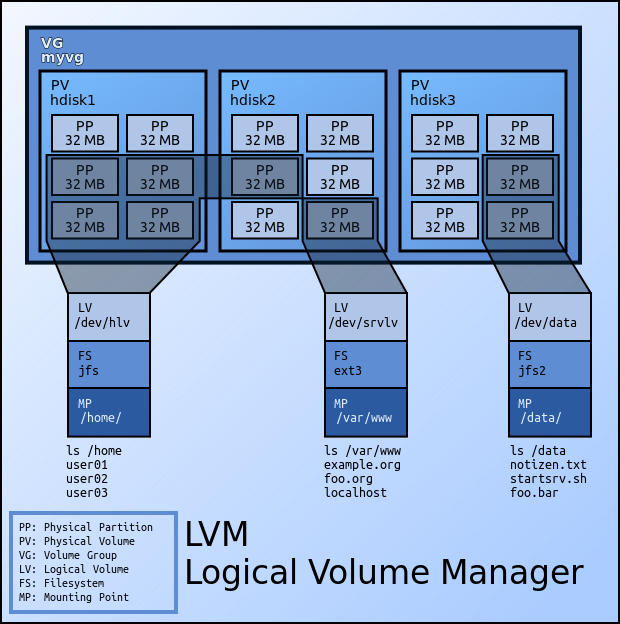 The use of LVM is somewhat similar to RAID 0 disk arrays, where the good about it it allows the removal and addition of hard disks in real time (broken hard disks) on servers to be replaced without service downtime as well as dynamic HDD volume resizal is possible. LVM allows also relatively easy encryption of multiple HDD volumes
with single password.

LVM has been an integral part of Linux kernel since 1998.

lvm is available for install via apt, yum, dhf etc. under a package called lvm2, so to install it on Debian / Ubuntu Fedora Linux (if it is not already installed on the servers with).

I. Mounting LVM2 on Linux server after broken DISK change part of a LVM Volume

For example the HDD failed – due to bad sectors and physical HDD head damage damage  – the easiest way to figure that out if the server is running smartd or via a simple HDD test check from BIOS  ( as the ROOT partition is on a LVM it fails to boot properly. You have changed the broken HDD with a brand new and you need to remount the LVM either physically on the server console or remotely via some kind of BIOS KVM interface).

In my experience working for Santrex this was a common sysadmin job, as many of the Virtual Client servers as well as others irons situated in various DataCenters, were occasionally failing to boot and the monitoring system was reporting about the issues and we had to promptly react and bring the servers up.

Here is shortly how we managed to re-mount the LVM after the SSDs / HDDS were substituted: 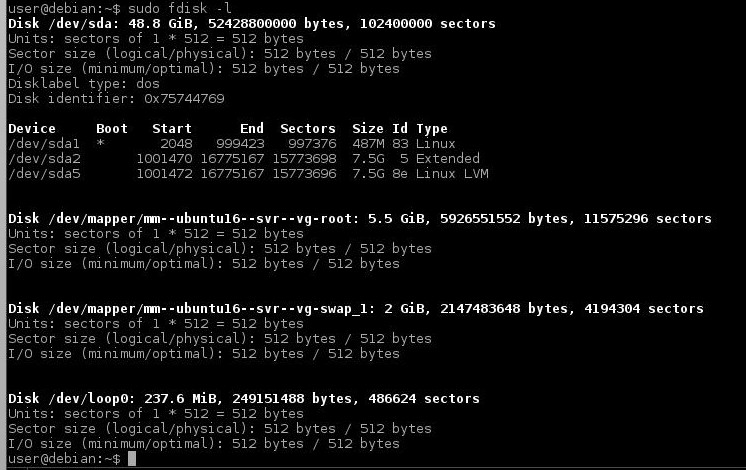 1.3. Type lvs command to get information about logical volumes

That's because we wanted to check the LVM will get properly mounted on next server reboot).

1.6. To check the size of the LVM (mount points, mounted LVM /dev/names sizes and the amount of free space on each of them use)