ArchAngels day 8 of November, the day of All Angels and Archangels – Who are the ArchAngels and why we should venerate them? 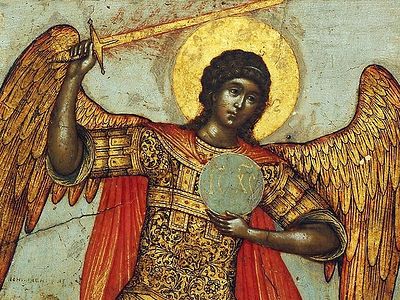 Today on 8th of November, the Bulgarian Orthodox Church is celebrating the day of Arch Angels (Primary Angels) who stay always near God Almigthy the Creator of this world.

Accroding to Christianity, there are seven main angels called (Arch Angels),  each of the Archangels has its own specific ission, one is a messanger of secrets that has to be revealed to man, other is a healer of infirmities.

The names of the Seven main Arch Angels in Eastern Orthodox Christian faith are:

Archangel Michael is "the keeper of the souls and a fighter against evil in the world".

That is the reason why Archangel Michael is often depicted with a firy spear at hand piercing the devil.
In the Eastern Orthodox Christian faith there is no other God servent guardian angel with so many duties.

1. Chiefman of the Heavenly (Bodiless) Powers

2. A fighter against the spirits of wickedness (spirits of evil)

3. A Protector of Christians from the devil

4. A Chief Leader of Christ's armies against the pagans and heresies

5. A Keeper of All Christian Souls

6. The Archangel that is present on mens deathbed and divides the soul from the body 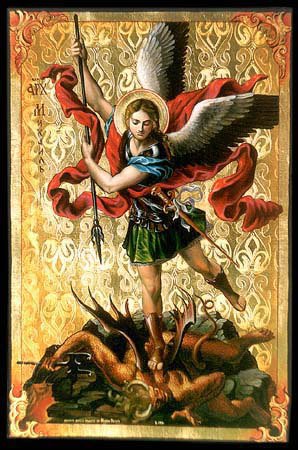 The dividing of the soul on a men deadbed is perhaps one of the most important of Archangel Michael's missions it does stop our earthly way and collects the soul. Just before this according to our Orthodox Christian faith, each one of us Christians is given by God during Baptism with a personal guardian angel, who keeps him from perils, troubles and sorrows. 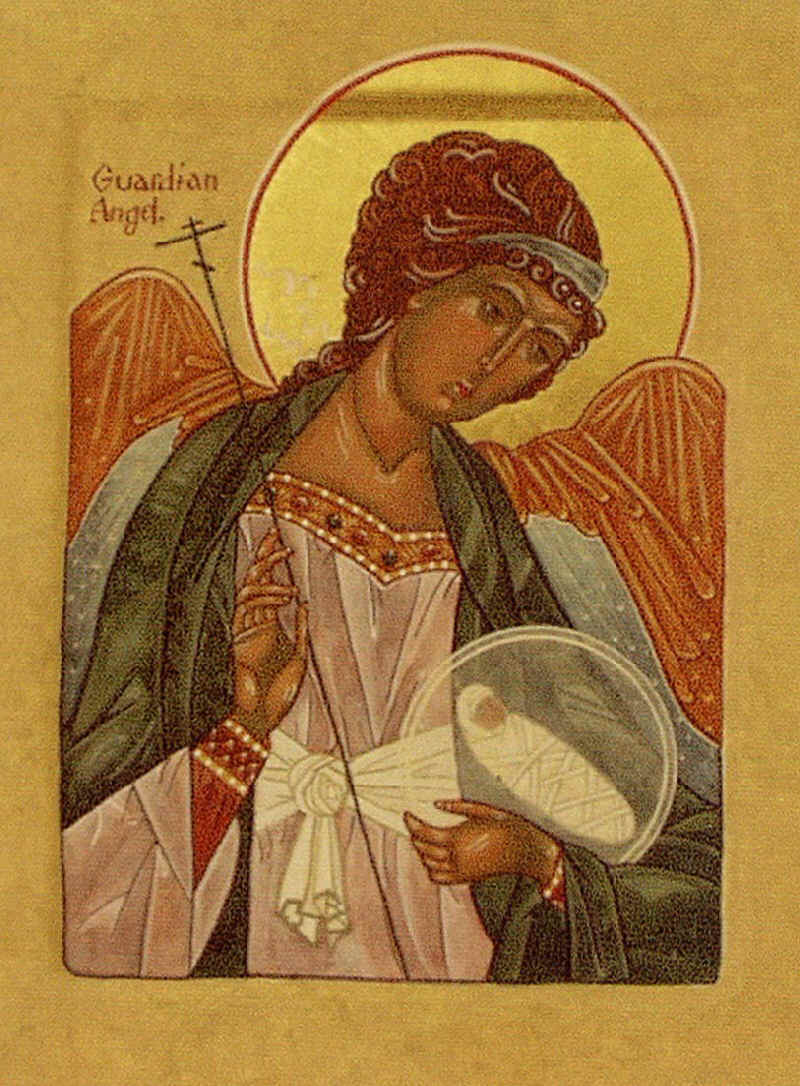 The Guardian Angel each Christian receives during baptism

But man has to be cautious, the guardian angel does cries watching at us when we live careless sinful life, he is not enforced to keep for us eternally if we wish to live a life without faith or God, then he leaves us crying for our fallen state.

The more sinful life a man leads in this life, the more clean his soul is being collected by Archangel Michael.
The food we put on table Archangels day is a feastful one, it is a tradition here in Bulgarian to eat Lamb meat the so called (Kurban) and a special breads are prepared, the so called Rangel's Bread, there are 2 types actually (Bogovica and Rangelovo bludo).
A boiled wheat is also a common meal on the table, beans and of course red wide. 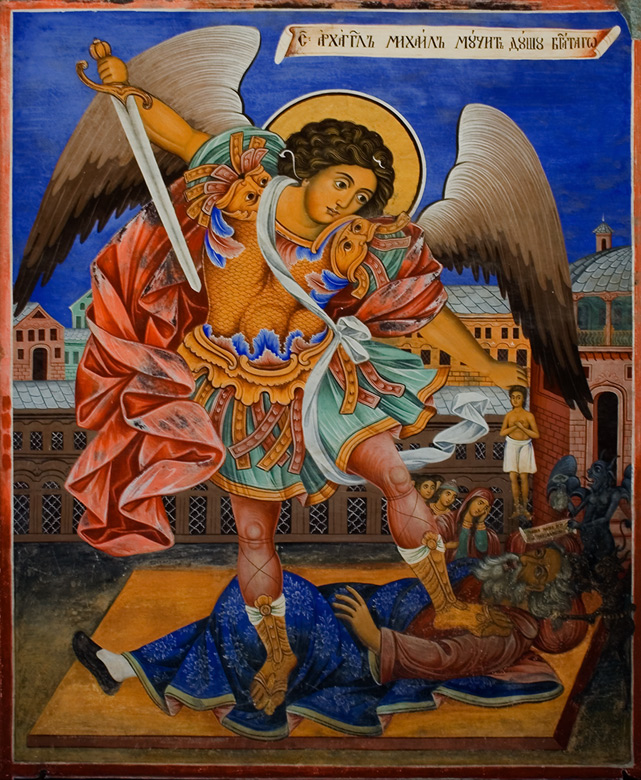 Because of Archangel Michael being so famous to divide the soul from the body of the dying, perhaps it is not a coincidence why few days before 8th of November on the previous Saturday the Church calendar marks A Memorial day for all those who died (The so called Zadushnica feast), the meaning of which is that people give out food and goods for the remembrance of the souls of their departed beloveds, praying with hope for the deceased people begging God to have mercy over their souls. Because of this unwritten connection between the men deadbed and Archangel michael often in people's tradition ArchAngel Michael is seen to be an Angel of Death and historically has been highly venerated all across the Christiandome.

It used to be an old people believe that if one smiles on his death hour this means ArchAngel Michael has granted him to heaven and as a prize has given him a Golden Apple (in spiritual sense). 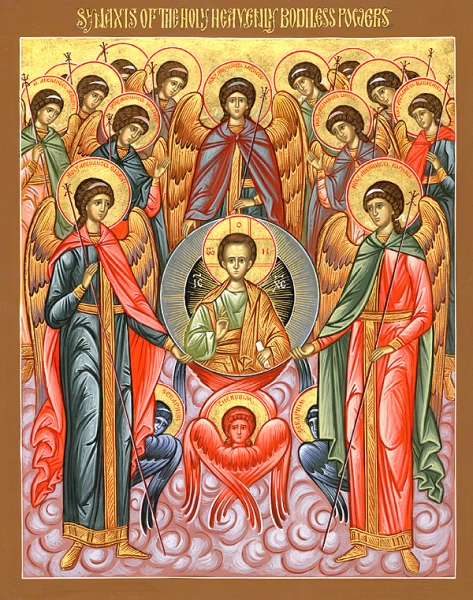 Let the Holy Archangels; Michael, Gabriel, Raphael, Uriel Selathiel, Jegudiel, Barachiel, Jarahmeel along with all angels and bodily powers pray for us so we find ways to become better people and clean up from our numerous sins by repentance.
Amen