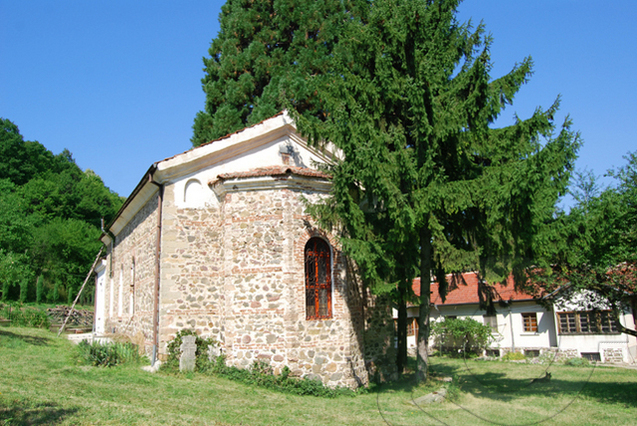 The reason for the Night Vigil was the Dormition of the Greatest Bulgarian hermit Saint – St. John of Rila (Mountain). 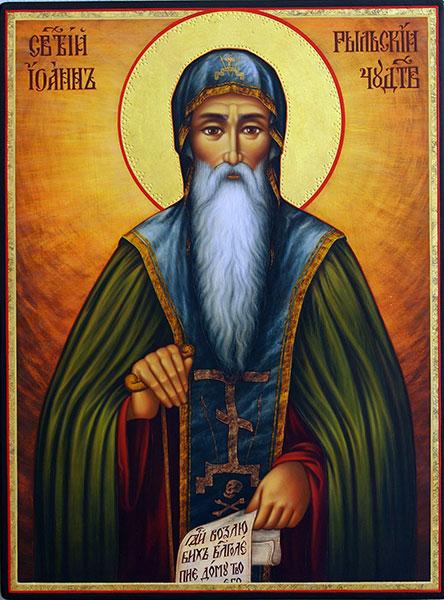 The whole Christiandome knows well about the reachless spiritual achievements of Saint John who become monk in 25 years of age. After spending few years in a monastery nearby his birth village Skrino. Soon after accepting monkship, the saint came out of the monastery and lived for over 30 years as Hermit in the Mountain of Rila, he lived in a small cave which nowadays is about 5 kilometers from the biggest active monastery in Bulgaria – Rila Monastery. Rila Monastery was established by direct followers of st. John of Rila. In the last days of his earthly live Saint John of Rila wrote a small testament to his followers, which is a great spiritual work and guidance for modern times Christians even to this day. The saint is highly venerated in Serbia, Macedonia, Croatia, Greece as well as Russia. A well known fact is the great love of one of the greatest new times Russian saint Saint John of Kronstadt for st. John of Rila and the Bulgarian lands. Its interesting and maybe less known fact by Russians that Saint John of Kronstadt's Christian name was given after saint John of Rila and not after Saint John the Baptist as many might thought. 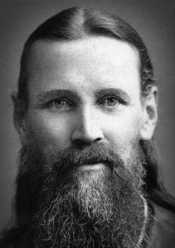 German Monastery is under official Governance of Bulgarian Zographus Monastery Saint George the Glory Bringer situated in Holy Mount Athos. German monastery is situated in 40 minutes walking from a small village near end of Sofia German after which the monastery is named. To reach the monastery the easiest way is to use Sofia's public bus transport and catch Bus Number 6 and go down of bus few meters away from beginning of German village. The Abbot of the monastery Hieromonk Father Pimen is part of the brotherhood of Zographus monastery and is leading German Monastery with Blessing of Abbot Amvrosij of Zographus monastery. The Night Vigil in venerance of Saint John Started around 21:00 and was a unique experience. Saint John of Rila Troparion and prayers were sung and recited many times. There was evening service as well as other prayers part of the Vigil I'm not aware of. Here in Sofia there is Orthodox Youth movement consisting of about 30 or 40 people and many of this people came for the Night Vigil. The little Church was full with people aging from 25 to around 60.

Seeing so many people who hunger for spiritual live here in Bulgaria was God's miracle which filled me with joy and hope that still the Bulgarian nation is not totally lost as many might think already. The Night Vigil continued until 04:30 early in the Morning the service was done only in Candles just like it used to be in the days of first Christians, just like it is served daily in Holy Mount Athos Zographus monastery. A Holy Liturgy only in Candles is something rare to experience these days so I'm very thankful I took part in it. I met a lot of young interesting people many of which was involved in IT (programmers, system admins) just like me also had a love for Christ. After the end of service there was an official festive dinner organized by the Abbot Father Pimen. Food consisted of Fish, Cabbage, Mixed cream-cheese with caviar lemon and bread and some waffles for dessert along with wine and juice. Like always in Churches in Monasteries blessed food is always mostly delicious. German monastery is situated near Mountain and there is no Mobile networks in it so being there you feel cut from the noisy quickly goign daily life and you can enjoy the silence. Near the monastery are woods and fresh clean air. Being there just makes you forget about all the stress and business and shrink in thoughts about life meaning. I highly recommend this blessed place to every Christian who somehow has a journey to Sofia. I'm thankful to God for giving me opportunity to visit this blessed place. This is second time I visit the monastery and hope in coming weeks I'll have opportunity to be there again.