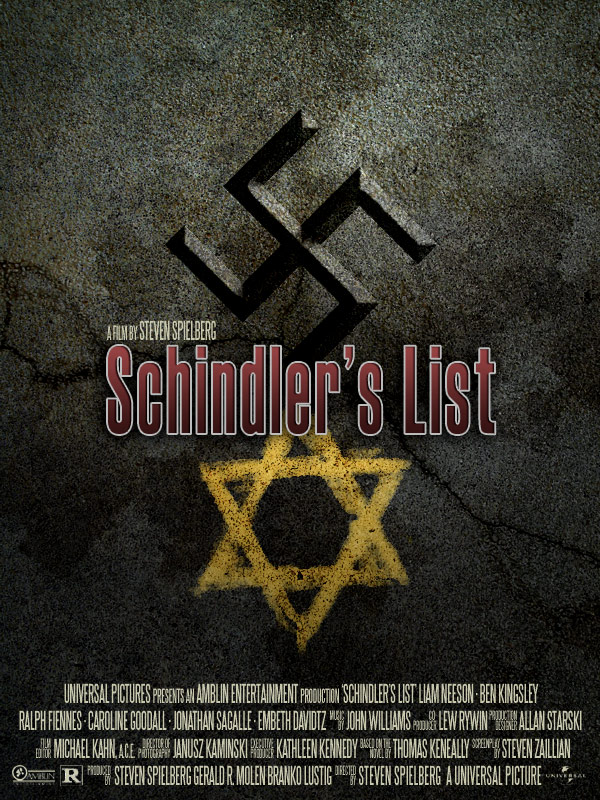 A very little is known in these days especially among young people of Europe about the terrible attrocities of the Jewish Holocaust and the concentration camps like Auschwitz organized by Hitler's Nazi Germany in World War II.

Schindler's List is a very good American movie (from 1993) retelling a true story about how enterpreneur Oskar Schindler managed to save about 1200 Jewish people from extermination in the camp of dead – Auschwitz during WWII.
Schindler's List is a movie that shows how even a deeply business oriented money obsessed man like O. 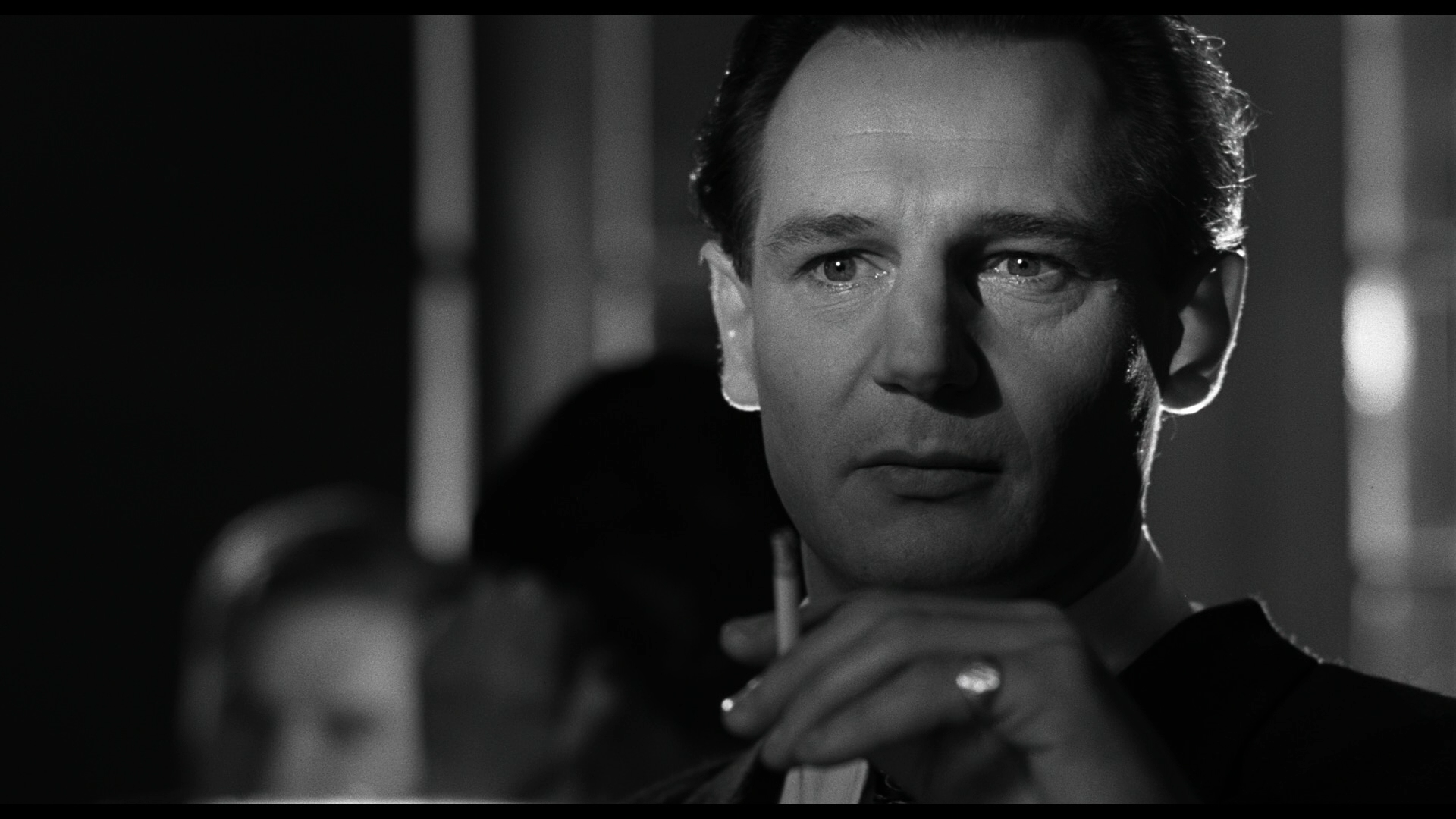 Schindler was before the beginning of war could grow in the love of Christ and Christian faith to risk his life and well being in order to be liable and honest with himself in a years when most of Nazi's Germans become totally unhuman and obsessed to wipe out existence of Old Testament God's Choosen People – The Jewish.

The movie is based on a popular novel Schindler's Ark by Canadian Thomas Keneally about how the German Shindler saved lifes of thousand Polish-Jewish refugees by creating an own business (fabric) run in Nazi's Germany before WWII and later inside a concentration camp. The movie is shot by the the film legend Steven Spilberg (who is also a Jew) intentionally Black and White to put an extra artistic impact and is very much made to look like a documentary.

The movie is 3 hours 28 minutes of Drama and has multiple awards for  Best Picture, Best Director, Best Adapted Screenplay, and Best Original Score. The movie plot starts from how the anti-semitism in Germany started and how it progressed a little time before the emerge of war and the start of Jewish persecution. The main actors are Oscar Schindler a member of German Nazi Party whose dream is to make a big fortune out of the war. By using bribes and his bright manipulative personality he manages to bribe Wehrmacht (German Armed Forces) and WWII SS (German special forces). Schindler uses the local Jewish Itzhak Stern who has plenty of contacts in Jewish Business community and black marketers to form a cheap-hand jewish labour force for his factory for metal vessels to be used within Germany Nazi's Army. Many high qualified jewish was more than happy to be hired in his "Fabryka Oskara Schindlera" fabric, because this was quite a better alternative than being in one of the deadly concentration camps. 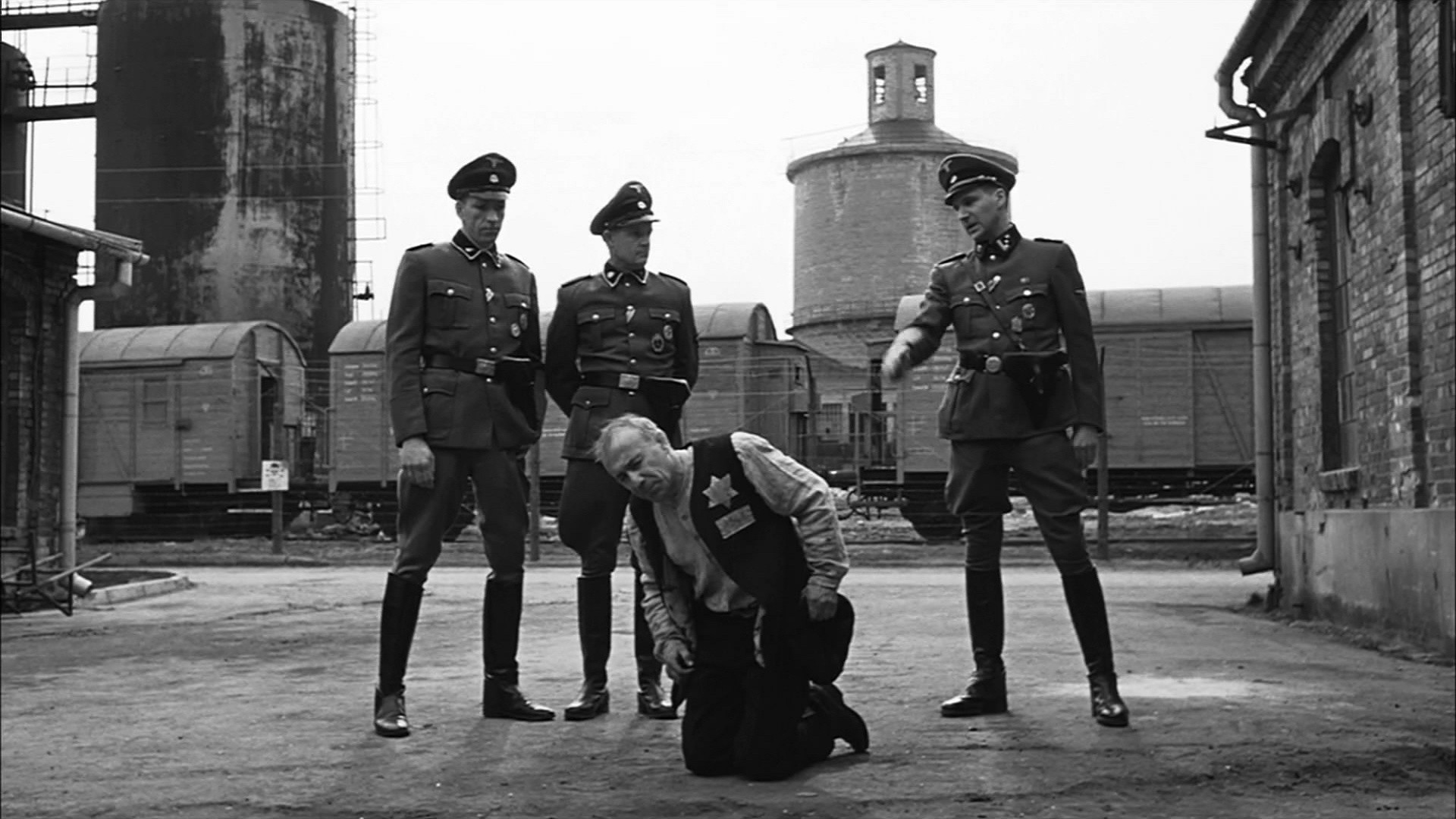 The movie shows, how jewish were forced to obey an always changing and unclear criterias in order to convince them they're no good for nothing and thus for Nazis to find reason to kill as many as possible of them. At a certain point the situation gets out of control and Jewish peoples who are forced to live in Jewish ghettos start being randomly mass murdered for missing reasons in Płaszów concentration camp. SS-Untersturmführer (second lieutenant) Amon Goeth is responsible to oversee the Plaszow camp , once the camp completes its construction by jews, he orders getto liquidated. 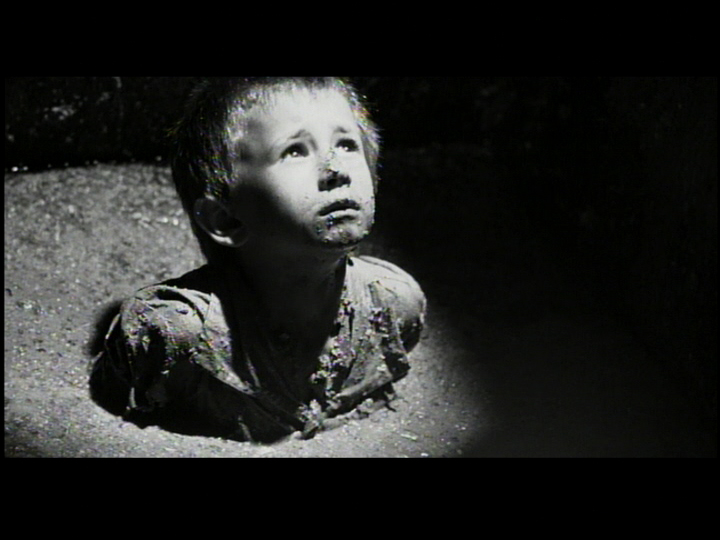 As the Germans start loosing the war, an order is made to sent all surviving jews to the most deadly Nazi concentration camp Auschwitz. 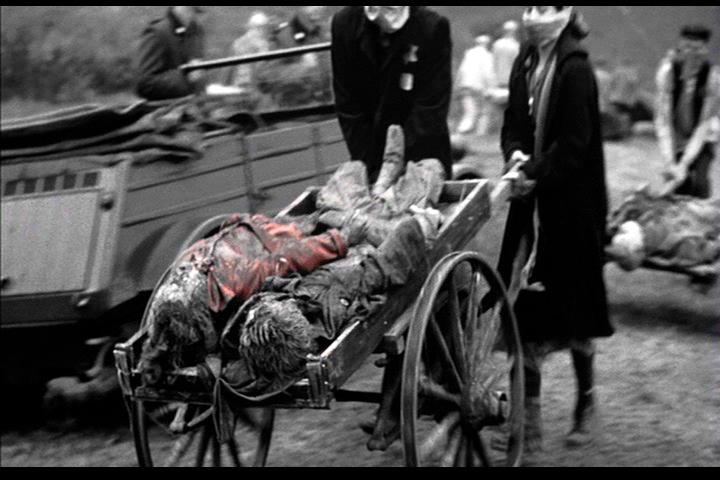 Oscan Schindler (also known by all jews as the director), witnesses the jewish massacres and in being profoundly affected, makes full effort to convince the Nazis the his company jews are important as a workforce and he needs them to produce ammos and military weapons in order to make full profit.
He has to pay almost all his earned money in early prior war times and first 2 war years in order to ransom the jews and sents him to work in another established factory of his (he manages to convince Nazis that even children and handicapped are useful for his company thus managing to save a multitude of doomed innocent people. As the train carrying women and children is accidentally redirected to Auschwitz-Birkenau, Schindler bribes the commandant of Auschwitz with a bag of diamonds to win their release.

In his new factory Shindler forbids the SS guards to enter the factory and orders the production of ammos and weapons to be produced defective by his workers. Letting them to even to observe their Jewish Shabbath (Sabbath). In the next 7 months Shindler bribes multiple Nazi officials and runs out of money in 1945 exactly when the War in Europe is over with  Germany surrender. The SS Guards are being ordered to kill the Jews as the red-army is advancing and soon liberate the concentration camp, however Shindler succesfully convinces SS's to let Jews alive and go to their families and homes. 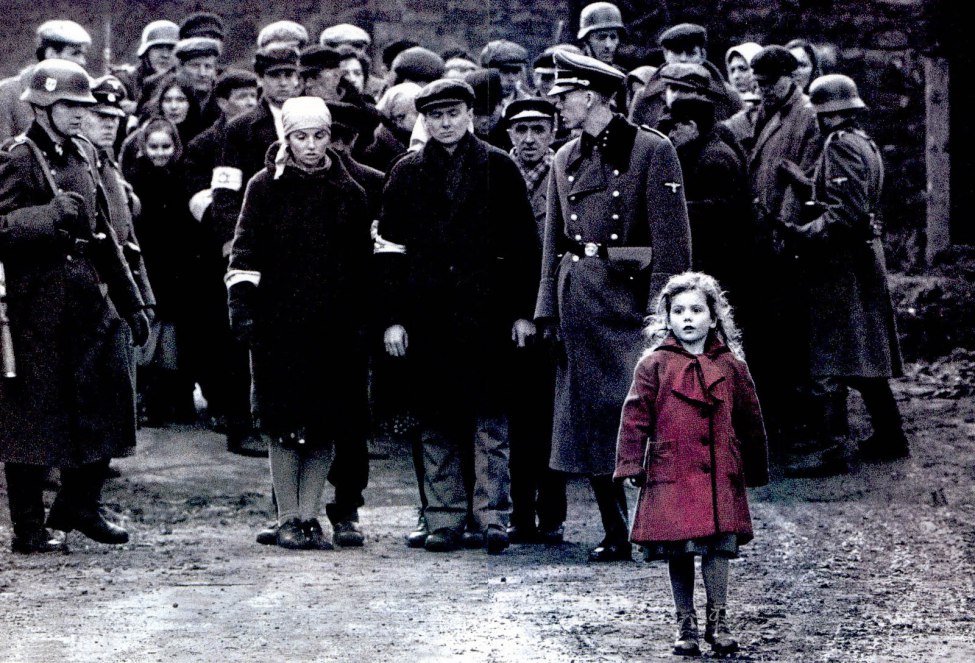 As a sign of thankstfullness his jewish workers give Schindler a signed statement attesting to his role saving Jewish lives, together with a ring engraved with a Talmudic quotation: "Whoever saves one life saves the world entire.". Schindler is deeply ashamed for not doing even more to save more Jews from extermination. Schindler has to flee the concentration camp to escape being killed by the approaching red-army. On next morning Soviet soldier comes and announces liberation of Jews. The evil Hitler follower Goeth is executed for his crimes against humanity and his unwillingness to refuse his Nazis ideas.

The movie is quite hard to grasp, so prepare for a lot of bloody scenes, nomatter that it is one of the best movies I've seen and has good spiritual elements. It is also good to see for it shows that the Good always triumphs victoriously over the evil.
Happy Watching!

This entry was posted on Wednesday, September 10th, 2014 at 5:54 pm and is filed under Everyday Life, Movie Reviews, Various. You can follow any responses to this entry through the RSS 2.0 feed.You can leave a response, or trackback from your own site.