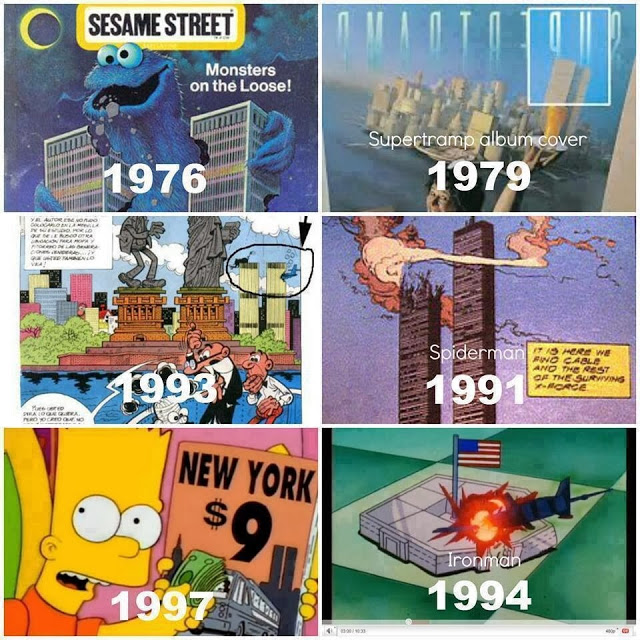 What is Predictive Programming?

Predictive programming is a subtle form of psychological conditioning provided by the media to acquaint the public with planned societal changes to be implemented. If and when these changes are put through, the public will already be familiarized with them and will accept them as 'natural progressions'; thus lessening any possible public resistance and commotion. Predictive programming therefore may be considered as a veiled form of preemptive mass manipulation or mind control.

The propaganda in the movies is clear:

New World Order, dictatorship, an upcoming human saviour Messiah and everything we know prophecies in the Holy Bible by the elders and the saints and the saint Living Orthodox Christian books.

Predictive programming is not only in the hollywood produced high budget movies, its also widely used in the TV news and games like X Factor and many many more …
There is plenty of interesting info on the subject, but be careful as it is very addictive. At the end nomatter what kind of secret agenda lays in all this mass medias to imply us ideas on possible future events or possible future gadgets economic systems or whatever it is still up to God to allow any of the agendas to come to reality.

One major methodology used in almost all brainwashing pre-conditoning, predictive programming is the so called Hegelian Dialectics claiming the foruma ( A + B = C)

The scenarios in most movie or news is like that.

First they show you something making a Thesis (Let's say – The Dolly ship first cloned animal), then they show develop an Anti-Thesis (Big money are paid for people to criticize on the dangers of mass animal cloning), then after a while there is synthesis = (The mass animal cloning is dangerous but necessery and therefore OKAY so we will clone.). The same scenario is repeated again and again myriad of times. For the unknowing observer, all the 'trial' looks perfectly legid…

Communism was one good example of a Regime that people thought will continue forever and every country sooner or later could become communist. The facts years after is clear Communism is pure Utopia and even though the regime was so strong it failed 🙂 So we should not worry too much and 'we should not our hearts be  troubled' by this unwalful stuff being around, but we should be aware of it and next time we're told this in school or university and claimed as being okay we should oppose it as TRUE CHRISTIANS. At the end God is in control as we read in the Holy Bible, so nomatter happens if we trust God and pray for his mercies, he will never forsake us.

This entry was posted on Sunday, May 20th, 2012 at 9:31 pm and is filed under Business Management, Conspiracy theories, Curious Facts, Entertainment, Everyday Life. You can follow any responses to this entry through the RSS 2.0 feed. You can leave a response, or trackback from your own site.