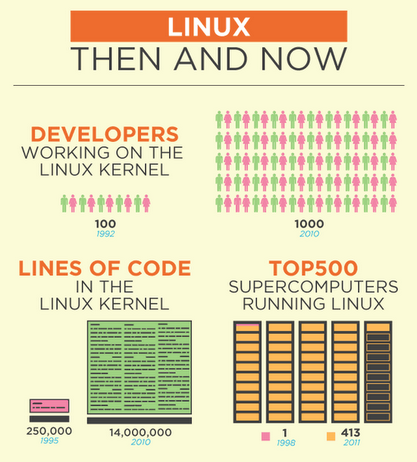 In above graphics you see development of GNU/Linux through the years startingfrom 1992 to 2010.  You see for the past 18 years the number of kernel developers has rasised from 100 to 1000 (10 times). The number of super computers based on GNU / Linux operating system was only 1, while in 2011 they were already 413. Just for information Top 10 Super computers in terms of CPU power are running on top of some Linux + GNU environment based operating system. 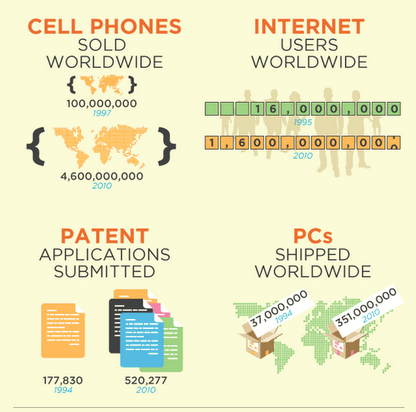 You see the number of Patented software increased approximate 3 times for 16 years … PC shipped with Linux all oer the world increased almost 10 times. 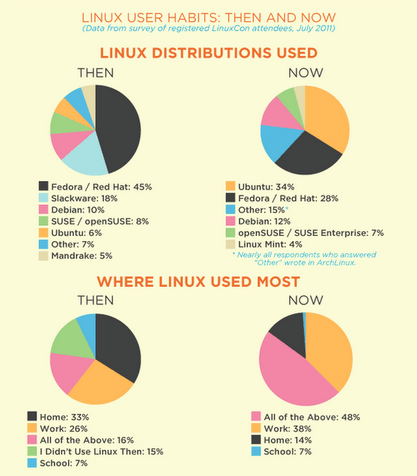 A survey was run among the biggest Linux convention LinuxCon aiming to find out the share difference between users using different distros, as well as a survey to answer the question where is Linux mostly used. Obviously even though the Ubuntu desktop boom this years Linux is still mostly used in work location, home desktop / notebook users are almost 3 times less.
The survey show the sad results,  the Linux in school and academic communities is less used than for professional purposes. On the desktop things has slightly changed, for the last 5-7 years. From the position of being a Linux Desktop leading OS, Fedora went into the shadows in favour of  the "less free" (in terms of Freedom) Ubuntu. 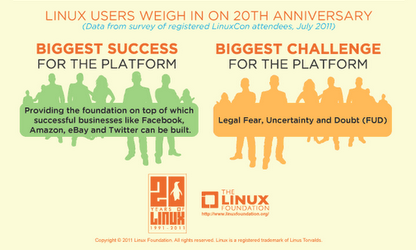 All system administrators knows well Linux is a very common choice for building small or middle enterprise business information systems. Hugest platforms which are the web backbone today like Google, Facebook, Twitter, Stock Exchanges,  Mail services, various technical equipment etc. runs on top of Linux. Even though the huge number of adoption Linux and free software is though to not be legally assured this is well known among free software and open source evangelist under the term FUD. 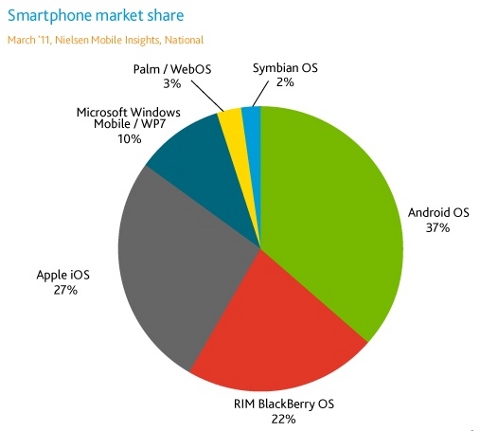 Android found its way also in Samsung Galaxy and a number of tablet devices running Linux based kernel OS was shipped in 2011.

With the raise of Android which (base is mostly Linux kernel and less GNU tools based). The spread of Linux has seen a huge raise on the mobile (smart phones) market as well. You see in above chart as of 2011 Android sells had the highest market share  with 37%.
The year 2011 was not among the best Linux users anywas, as Unity does turned away many users to become Linux converts. The big GNOME 3 mess, which was called by Linus Toravlds a "holy mess" , along with the kernel.org's security break in does also contributed that year 2011 ended up as a bad one for free software. 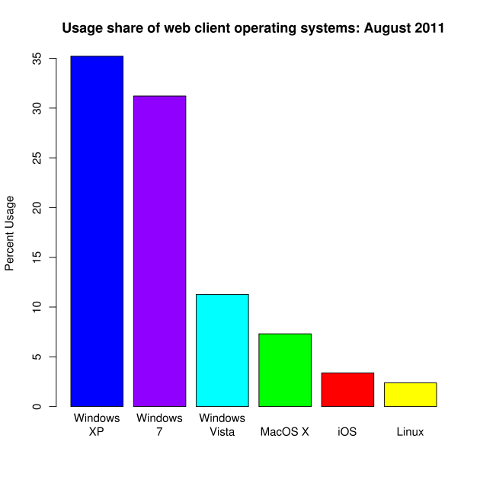 As of August 2011, the global Linux market approximate market share is about 3% of all the installed OSes currently existing in the world. And compared to 5 years ago there is a little decline in the share. I believe the 2012 will be a better year for both development and adoption of free software and Linux.

This entry was posted on Tuesday, January 31st, 2012 at 4:38 pm and is filed under Linux, Linux and FreeBSD Desktop, Linux Audio & Video, Various. You can follow any responses to this entry through the RSS 2.0 feed. You can leave a response, or trackback from your own site.