Reading Time: 3minutesJust few days from now I had to re-install a PC with Windows XP (the old Windows was 5 years old or so and due to Viruses and Spyware it was completely un-bootable).

I grabbed Windows XP professional SP 3 and install it. The PC is rather old 6 – 7 years (at least) 32-bit assembled one. As most assembled PCs of its time it is bundled with some strange “obscure” hardware.
Windows XP auto detect procedures failed to find proper drivers for Video Adapter, SoundCard and Lan CARD.

I checked on the back of the PC and saw the LAN card is an integrated one – this made things even worser as I even can’t use it to browse the internet so used another PC to check for drivers.

For my Surprise Everest was unable to provide me with any good meaningful data on the MotherBoard Chipset and failed to even find Lan, Video and Sound Adapters as physically existing on the PC.
I used numerous times Everest to check the exact hardware models on many Desktop and Laptop PCs; so far I never stumbled on such a case where physical equipment is not even detected …
Here is what was detected by Everest: 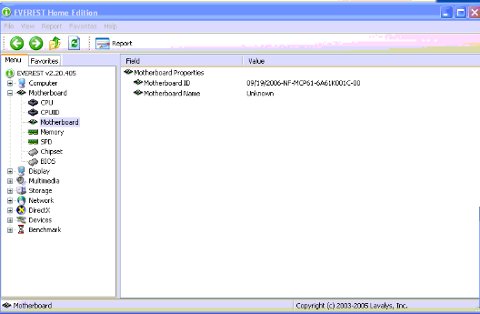 Above screenshot is unreadable the exact type of motherboard detected is:

My first guess was something might be wrong phisically with the 3 devices due to some power supply shock or whatever, but decided to try to find driver and after some pondering online I ended up with the right drivers

The LAN Card happaned to be some kind of obscure Nvidia Driver I found the driver on NVidia’s website, just in case someone is looking for same and it disappears in future from NVidia.com, I made mirror – Network Card Driver (Lan Card) Nvidia driver for 2006-NF-MCP61 MotherBoard

I looked for quite some time but I couldn’t find the Video driver. The PC works with some kind of Windows default video driver (probably something like Linux VESA) and this is not very good so I decided checked for a similar Alternative to Everest Home Edition.In one forum thread I saw people talking about a program called SIW which is often better detecting hardware than Everest, so decided to give it a try. The program is commercial but there is a 15-days trial available on SIW website .

Thanks to SIW the Video exact model and vendor got detected – the computer is with NVIDIA Corporation / GeForce 6100 Nforce 400< br />
Below is a screenshot of SIW in action: 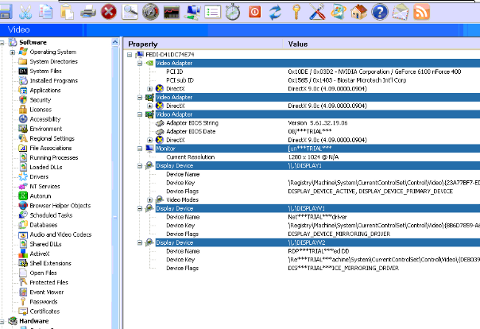 I’ve also made a download mirror of the Trial version of SIW here
, if you want check it out it gives really really extensive of each computer component.

This entry was posted on Monday, September 24th, 2012 at 5:16 pm and is filed under Windows. You can follow any responses to this entry through the RSS 2.0 feed. You can leave a response, or trackback from your own site.