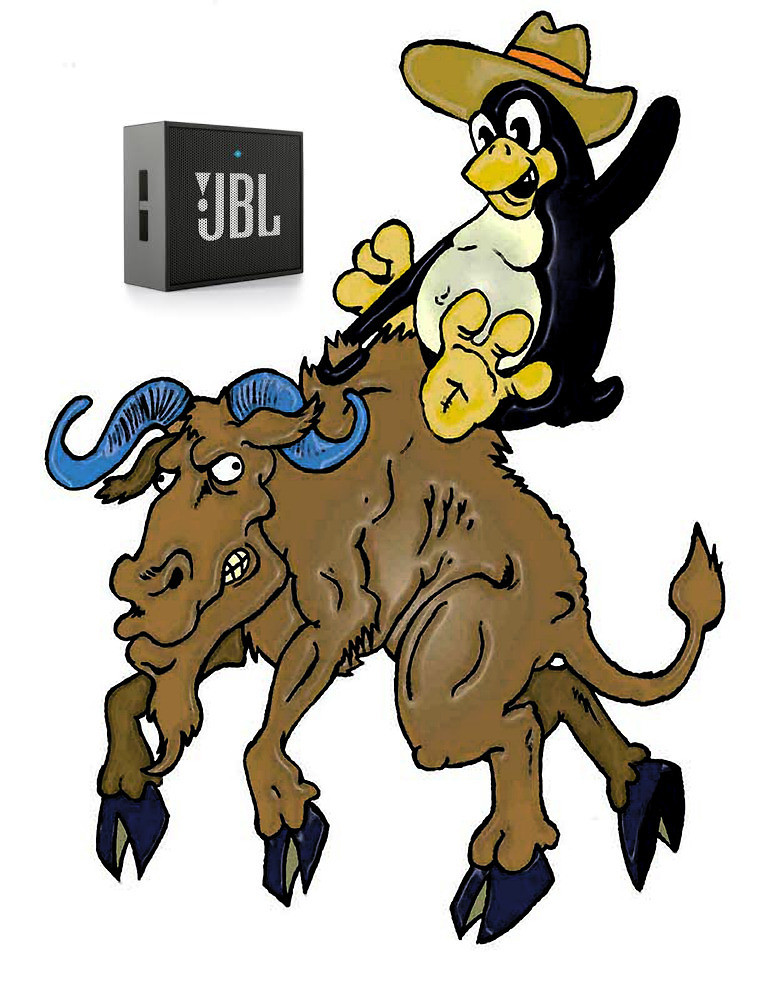 Here is how to configure a JBL Go Bluetooth (Wireless) speaker and presumably other Bluetooth external speakers to Debian GNU / Linux Wheezy 7 and Ubuntu 14.04 . 1. Install following bunch of deb packages

Here it is notable to mention pavucontrol if you have previously played more extensively on GNU / Linux you should have already used if not it is really cozy volume control tool with a lot of tuning options regarding pulseaudio stream server. Considering that like me you're using a GNOME as a desktop environment you will also need gnome-bluetooth package, e.g.:

For Ubuntu 14.04 GNU / Linux users the list of necessery bluetooth packages is a bit longer, if you're on this OS go and install:

Moreover you will need pulseaudio-module-bluetooth deb package installed in order to be able to select the desired sound output.

Next it is time to restart Bluetooth service

It is also a good idea to restart pulseaudio snd streaming server in order to load the newly installed pulseaudio bluetooth module settings, to do so issue:

And try to establish connection from Gnome-Bluetooth to the JBL Go (press the JBL Go bluetooth button) and search from the Linux bluetooth interface, once founded connect it. 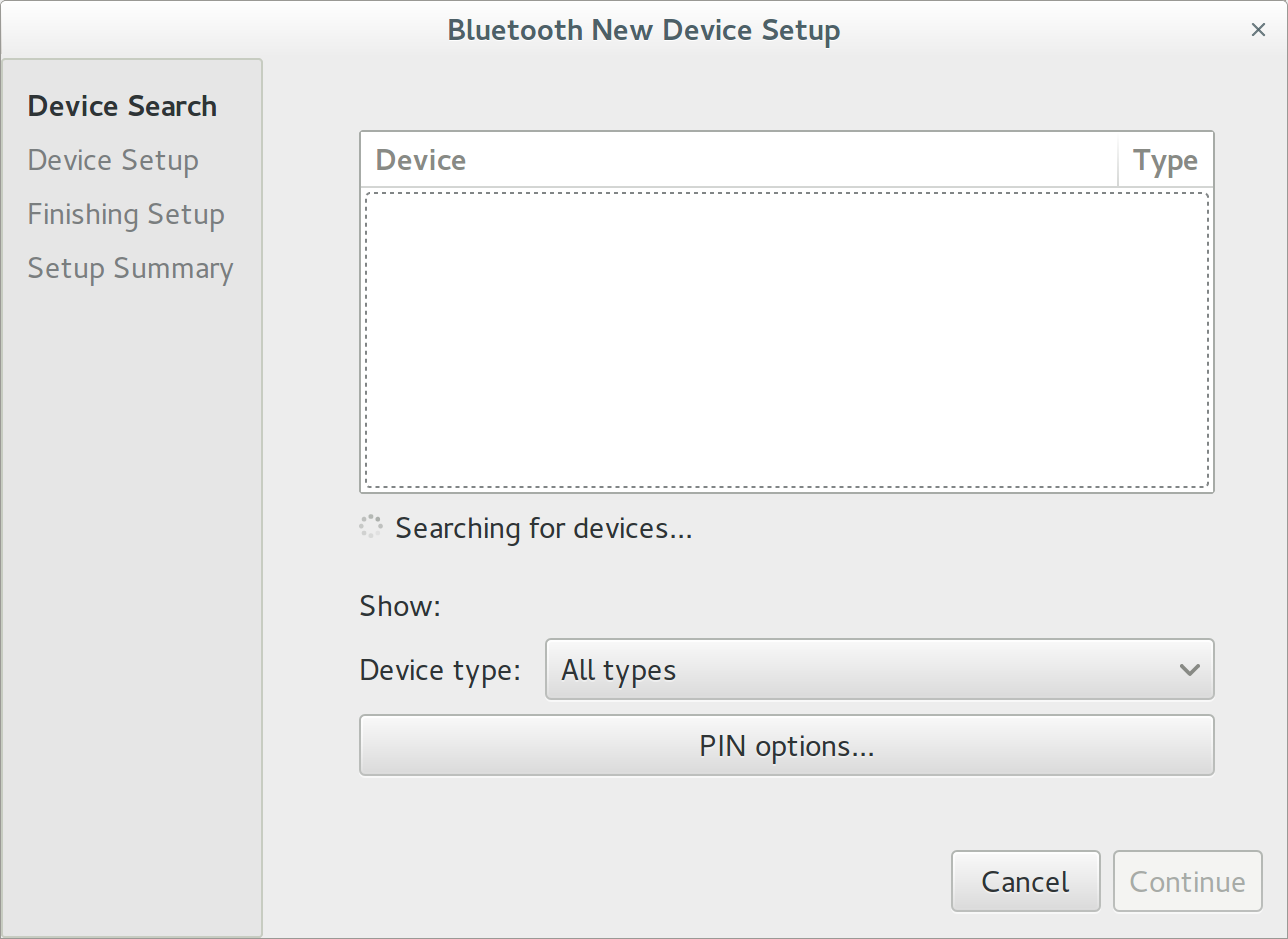 This command is to connect bluetooth discovered JBL Go device to the audio sink interface.

It is generally idea to add this line also to /etc/rc.local to make the setting permanently executed on every Linux boot.

Now you can launch pavucontrol and hopefully the JBL GO bluetooth speaker should be visible as an option, check out my below screenshot: 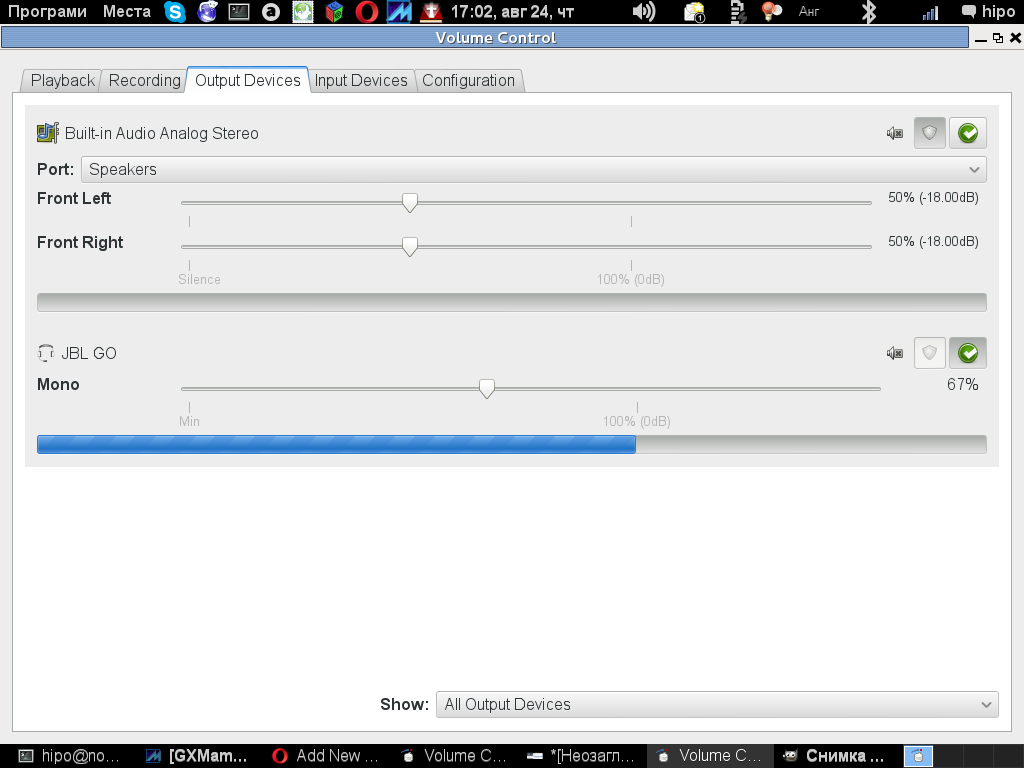 In case you further experience issues connecting the Bluetooth Speaker I would recommend to check out this Debian a2dp page at the end of the page are troubleshooting suggestions.

Refused to switch profile to a2dp_sink: Not connected

Bluetooth headset is connected, but ALSA/PulseAudio fails to pick up the connected device or there's no device to pick. This happens because GDM captures A2DP sink on session start, as GDM needs pulseaudio in the gdm session for accessibility. For example, the screen reader requires it. See 805414 for some discussion.

In order to prevent GDM from capturing the A2DP sink on session start, edit /var/lib/gdm3/.config/pulse/client.conf (or create it, if it doesn't exist):

After that you have to grant access to this file to Debian-gdm user:

You will also need to disable pulseaudio startup:

In order to auto-connect a2dp for some devices, add this to /etc/pulse/default.pa:

Logout your Desktop environment and restart gdm3 /etc/init.d/gdm3 restart or Reboot the PC and then it should be fine.

Now the sound device (bluetooth headset) should be accessible through pavucontrol and standard audio device manager.

The actual solution package maintainers are looking into next is to simply disable the bluetooth sink in the gdm pulseaudio daemon so that it doesn't take over the device. Add this to /var/lib/gdm3/.config/pulse/default.pa:

This entry was posted on Thursday, August 24th, 2017 at 5:42 pm and is filed under Curious Facts, Entertainment, Everyday Life, Linux, Linux Audio & Video. You can follow any responses to this entry through the RSS 2.0 feed. You can leave a response, or trackback from your own site.