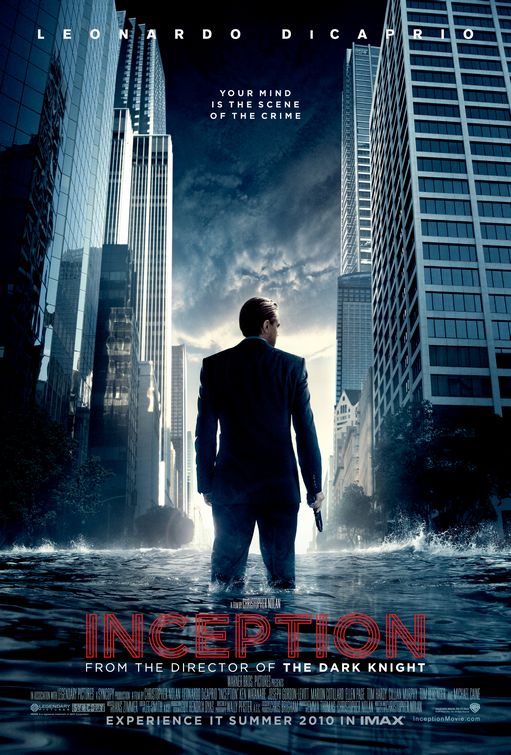 I’ve watched the Inception movie after it was recommended to me by a number of university colleagues.
I was said the movie is great and really worthy to be seen. Thus I had a big expectations about it.
Inception is claimed to be a SCI-FI, though I hardly doubt if it really can be qualified as a sci-fi.
The movie’s main actor is Leonardo Dicaprio and probably this is one of the reasons the movie so highly praised.
I should say that starring Dicaprio is one of the only good things about the movie.

Inception includes a number of elements which earlier were introduced by the Matrix, so at times some scene feels a bit like the Matrix.

The concept behind the movie is so complicated that you can hardly grasp the idea.
Anyways probably the main idea is that a world has come to a point where a technology has been evaluated giving the possibility when attached to a person to enter his mind.
That’s how people from real life can enter the mind of a person who is attached to a tech device and can by actions within the mind alter scenes and thoughts of the intruded mind.
There is a lot of Mambo Jambo in the movie,computer graphics and scene montages are to be seen in many of its scenes.

Whenever a man’s mind is intruded through an inception, the only way for someboto wake up is to kill themselve.

The religious background of the movie is heavily influenced by Buddhism and buddhist ideas like “I create my own reality”
This is shown for instance in the movie scenes where people can built up their own reality.
As with many modern movies the Inception movie contains a reference to spiritual elements which are completely incompatible with Christianity and I would say under covered openly unchristian.
Some of the other elements the movie includes is mostly elements of modern psychology beliefs and practices.

The idea about killing oneself in order to wake up I found to be very bad and even promoting Suicide, since the movie presents suicide as an escape to another world.

Furthermore by reading some reviews in Wikipiedia I found the way movie was promoted was mostly through viral marketing, which also sounds quite bad.

To conclude I find the movie as a very bad one, from religious, philosophical and personal perspective.
The ideas presented in the movie are not that special. The Inception movie is really a bad movie in my view maybe one of the worst made ever so I wouldn’t recommend it to anybody.
It’s really amazing that the movie still have positive reviews on a shit movie like this.

This entry was posted on Saturday, December 18th, 2010 at 4:41 pm and is filed under Movie Reviews. You can follow any responses to this entry through the RSS 2.0 feed. You can leave a response, or trackback from your own site.