Reading Time: 2 minutes
‘ve used the RSForms to build some custom Joomla Contact forms.
The RSForms was recommended to me by a friend and actually it’s a pretty cool and quick way to create forms.
I’ve installed it and played a bit with it to create a custom forms for one of the website I had to bring up just recently. 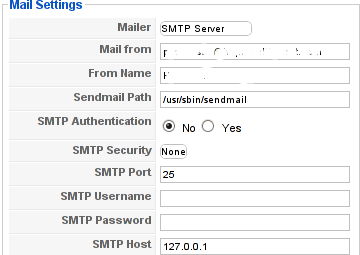 This entry was posted on Friday, December 3rd, 2010 at 3:27 pm and is filed under Joomla, Programming, System Administration, Various. You can follow any responses to this entry through the RSS 2.0 feed. You can leave a response, or trackback from your own site.

3 Responses to “How to fix “Could not instantiate mail function”, PHPMAILER_RECIPIENTS_FAILED and PHPMAILER_FROM_FAILED on Joomla and RSforms”