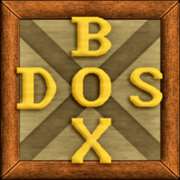 I've recently installed Debian GNU / Linux 9.1 Stretch and on Ubuntu 16.10Yakkety Yak and as an old school true gameraddict decided to play some games to recall the good old memories from the past of the glorious DOS games times, when all was simple people was real and there was no terrible people dividers such as Facebook  / GooglePlus, no skype fuzzy craziness and no people watching all time at their mobile smart phones like zoombies .

Well anyways, so I wanted to play my favourite DOS games Terminal Velocity, StarGunner, Raptor, Heroes of Might and Magic 2, Doom II, Duke 3d etc. etc. the list goes on and on – BTW What's your favourite old school DOS Game??

So I issues in Terminal:

So what is the solution to  Exit to error: DRC64:Unhandled memory reference
error and why it happens?

Well, as the error clearly states the whole problem
comes from a default dosbox dos emulator configuration, that's the
setting:

Exit to Error: DRC64:Unhandled memory reference
is spit out by Dosemu.

By default DOSBOX places its configuration at  Linux / BSD / *nix-es at home folder /dosbox – e.g. ~/.dosbox/ the naming of dosbox.conf might differ according to dosbox version and the respective Linux / BSD distro, on Debian and Ubuntu Linux usually the naming includes a version number.

On Debian 9 Strecth Linux dosbox config is at ~/.dosbox/dosbox-0.74.conf

and change inside the value for:

Then give dosbox with the erroring game another try, it worked for me
for me and everything seemed to run fine.

I've only run a handful of games but so far it seems to be working well.

AND HOORAY IT WORKS AGAIN! THE GAME RUN SUCCESSFULLY JOY TO THE WORLD! 🙂

This entry was posted on Thursday, October 12th, 2017 at 12:10 pm and is filed under Games Linux, Linux and FreeBSD Desktop. You can follow any responses to this entry through the RSS 2.0 feed. You can leave a response, or trackback from your own site.