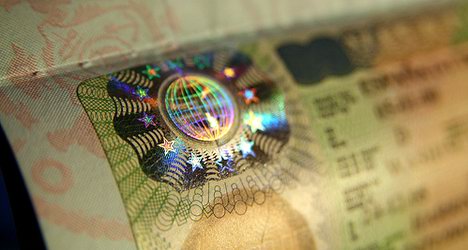 Over the last 2 months or me and my girlfriend from Belarus, had quite a lot of pondering on how and if is easy possible to travel from Belarus to Holland. As with every new undertaking, obtaining enough information on how to proceed put a lot of stress on her and me.

I will explain in short the whole situation in hope that someone else who is in a situation like this can benefit out of our experience.

I am born in Bulgaria with Bulgarian nationality, but currently living in the Netherlands, because of my studies. I study here in Arnhem, Holland in Arnhem Business School. My Belarusian girlfriend is with Belarusian ID and since Belarus is not in EU. They're not allowed to freely travel within the EU without a VISA. To receive a VISA for EU Belarusians obliged to have first invitation send by a person – (priglashenie) as called in Russian language) and then it is up to government authorities to issue the Visa.

We wanted to meet each other here in Holland for the Christmas holidays somewhere in period 20 Dec – 05 January 2013 and thus she needed a tourist VISA. My first idea was to send her invitation through a Bulgarian friends family who live and work and have a registered company here in Netherlands. I asked them to check about if it is possible they somehow invite Svetlana, through their company, but it never happened I received an answer. Then failing this I thought about asking a Slovenian friend if it is possible, that he send Svetlana invitation using his Offshore Company which is already offering clients issuing Business VISAS for few destinations.

My logic was since Slovenia is within Shengen, it should be possible to invite Svetlana to Netherlands. However as I heard from him he contacted the embassy  of Germany / Netherlands to ask them but received a reply this is not possible. Failing this as an  option then  I thought of a friend of mine who is a citizen of the Netherlands – I asked him if he can send her invitation, but he refused to do so fearing maybe, Svetlana will stay as illegal emigrant here in Holland and he might have problems with police.

My next, idea was to ask the Slovenian guy to invite Svetlana to Slovenia and hence she make VISA for Slovenia; Slovenia is in the European Union and in Shengen agreement for Free re-location and work within all Shengen countries, thus she might first fly to ljubljana and then from ljubljana take another flight to Holland. This "doorway" is far away from convenient, even if possible (I was not sure if even possible it was just an idea), the ticket prices for flight from Minsk to Lubljana and Lubljana to somewhere in Holland costed around 400 EUR!

In one of our consequent Skype conversations with Svetlana, I've learned she researched on some Belarusian internet forums many people claim it is actually possible to travel from Lithuania to any of the 27 countries of the European Union. Meaning she needed to get a tourist (Shengen) VISA for Lithuania. Issuing VISA for Lithuania is comparatively easy cause Belarus and  Lithua are neighbor border countries and many people frequently travel from Belarus to Lithuania and vice versa.

Issuing a VISA from Belarus to Lithuania is possible through using few agencies in Belarus helping people to have a vacation trip to Western Europe. Svetla applied for one of those agencies, promising to issue a VISA for a week / week en a half or so. However as Belarus is still living on  a plenty of government structures inherited by the Communism which was until 1991 and which were kept after the fall of communism there and perestroika, it is necessery that a special government institution approves the Tourist Visa after the Lithuanian government  issues it. It seems there were plenty of people from Belarus who applied for Tourist Visa to western European countries, so Svetla was put in a queue line not knowing for sure  if the Visa will be possible to be issued until 22nd of December. The big trouble here was I already booked a flight ticket ticket from Lithuania capital Vilnius to Eindhoven Holland with low cost company – Wizzair. BTW I flight with Wizzair 2 times so far and the flight experience was pretty decent for its low ticket price.

Finally after the agency failed to confirm whether it will be able to help her in issuing the tickets before 22nd of Dec, she had to go herself to the Embassy  of Lithuania to sign up on a queue with other people to receive a VISA to Lithuania. The situation was quite uncertain, as it was not clear if this Embassy of Lithuania will issue her Visa or not or even if her queue turn will come before 22-nd. In theory it should have but it also depended on Belarusian governmental athorities who had to also approve the visa. Like in all complex situations like this, all left was we pray God to help us and hope it all will just run smoothly with issuing and approvel of visa.

One important note to make here is Svetla asked a lady in the Embassy of Lithuania, if she can use her Lithuanian VISA to travel within the rest of the member states of the European Union and she was given a negative response – a fact which discouraged and saddened both of us.
The encouraging thing was Svetla asked other people waiting for entering the embassy to request a Visa and as she spoke with them they all said it is possible to use the Lithuanian Visa to travel freely with no check to any country within the EU.

It was days of waiting and a lot of stress mainly for her because, I was in Holland and I couldn't help her (physically) in arranging the visa.

Praise God all went Okay and she was issued VISA few days before the flight date!!!! 🙂 🙂 🙂

Now to take the flight which was early in the morning of 22 of December 2012, Svetla had to travel quite a lot. First on a bus from Belarusian capital Minsk, she had to travel to Metro (if not mistaken), from Metro to Bus-Station, then take bus fr Minsk – Vilnius and after going down on Bus Station in Vilnius to take another bus to Vilnius Airport. After this long travel  finally had to check in on Airport and fly on Wizzair airplane in 06:15 morning.
She had to spend about 6 hours waiting for the check-in on Vilnius Airport, because the bus from Minsk arrived about midnight.

Thanksfully by God's Grace she met a nice Russian family travelling to Brussels, through Eindhoven and hence flying on same flight to Eindhoven like her, so she had a nice chat time on the Airport. Thanks God again, all went smoothly with the flight and about 08:30 she was on Eindhoven's airport waiting for me and I take her about 09:15.

There was no need for passport and security check on Eindhoven airport – as I heard from her, cause there is no border control of passengers travelling within the circle of Shengen EU country zone. In Vilnius she had the usual security check before entering the plane, but in Holland it was not needed. In Holland all she had to do is to collect her laggage from the luggage circling platform.

Hopefully this little post will help other Belarusians who need to travel to any country within the Shengen zone to meet friends, beloved or family.

This entry was posted on Friday, January 4th, 2013 at 8:48 pm and is filed under Business Management, Everyday Life, Various. You can follow any responses to this entry through the RSS 2.0 feed. You can leave a response, or trackback from your own site.