What is this directory /run/user/1000 on Debian and Fedora GNU / Linux? 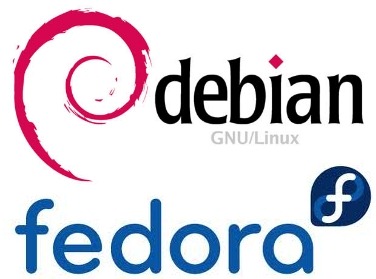 /run/user/$uid is created by pam_systemd and used for storing files used by running processes for that
user. These might be things such as your keyring daemon, pulseaudio, etc.

Prior to systemd, these applications typically stored their files in /tmp. They couldn't use a location in
/home/$user as home directories are often mounted over network filesystems, and these files should not be
shared among hosts. /tmp was the only location specified by the FHS which is local, and writable by all
users.

However storing all these files in /tmp is problematic as /tmp is writable by everyone, and while you can
change the ownership & mode on the files being created, it's more difficult to work with.

However storing all these files in /tmp is problematic as /tmp is writable by everyone, and while you can
change the ownership & mode on the files being created, it's more difficult to work with.

So systemd came along and created /run/user/$uid.
This directory is local to the system and only
accessible by the target user. So applications looking to store their files locally no longer have to
worry about access control.

It also keeps things nice and organized. When a user logs out, and no active sessions remain, pam_systemd will wipe the /run/user/$uid directory out. With various files scattered around /tmp, you couldn't dothis.

Should mention that it is called $XDG_RUNTIME_DIR, documented at 8 standards.freedesktop.org/basedir-spec/basedir-spec-latest.h‌​tml.

What if: I have started a "background" computation process with nohup, and it saves its intermediate results/data in a temp file. Can I count on it not being wiped while the process is running, or it will be wiped, and the process started with nohup will loose its data?

It's unlikely to be wiped, but /run/user is a tmpfs filesystem in debian, ubuntu and fedora, so it'll be limited.

What if the pidfile is a service running under root.
Should it's PID go under /var/run or /var/run/user/0 ?

If since there is no active sessions will it be removed?

This directory contains system information data describing the system since it was booted.
Files under this directory must be cleared (removed or truncated as appropriate) at the beginning of the boot process.

The purposes of this directory were once served by /var/run. In general, programs may continue to use /var/run to fulfill the requirements set out for /run for the purposes of backwards
compatibility.

Programs which have migrated to use /run should cease their usage of /var/run, except as noted in the section on /var/run.

Programs may have a subdirectory of /run; this is encouraged for programs that use more than one run-time file.

Users may also have a subdirectory of /run, although care must be taken to appropriately limit access rights to prevent unauthorized use of /run itself and other subdirectories.

In the case of the /run/user directory, is used by the different user services, like dconf, pulse,systemd, etc. that needs a place for their lock files and sockets. There are as many directories as
different users UID's are logged in the system.

This entry was posted on Monday, October 23rd, 2017 at 8:32 pm and is filed under Curious Facts, Educational, Linux, System Administration. You can follow any responses to this entry through the RSS 2.0 feed.You can leave a response, or trackback from your own site.